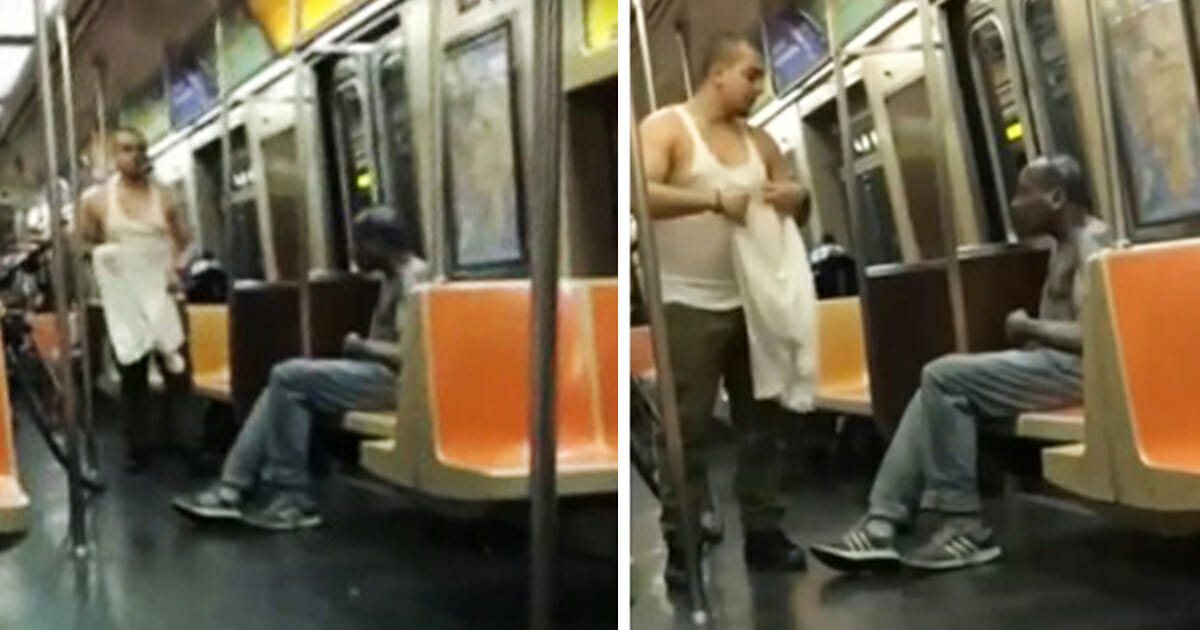 Despite all of the advancements humans have made as a species over the past 100 years, there still remains a shocking amount of people worldwide who live below the poverty line.

On top of this – contrary to what some believe – poverty isn’t an issue restricted to third world or war torn countries. No, it can affect people in some of the world’s most powerful countries just as easily.

As a result, it’s the moral duty of people who have more in their lives to help out where they can. It doesn’t have to be donations of money, it can be as simple as carrying out an act of kindness when the opportunity presents itself.

Recently, on the New York subway, a regular citizen became a good samaritan when he saw a homeless man in need. Fortunately, the whole thing was caught on video, and the footage will go some way to restoring your faith in humanity…

When one man saw a homeless stranger, sitting without a t-shirt on the New York subway, he knew he had to act. The stranger was shivering from the cold, visibly weak in chilly temperatures as low as 7 degrees.

Without hesitating, the man took the shirt off his own back and offered it to the poor stranger. Then, when he understands that the unfortunate man can’t clothe himself, he goes ahead and helps to dress him.

The homeless man, meanwhile, is of course stunned by the act of kindness; left speechless by a total stranger’s willingness to help him without question.

Watch the inspiring video below:

We’re sure you’ll agree that this man deserves praise for his incredible act of compassion. In today’s world it’s so easy to turn a blind eye to people struggling, but it’s good to see that there remain people who will stand up and make a difference.