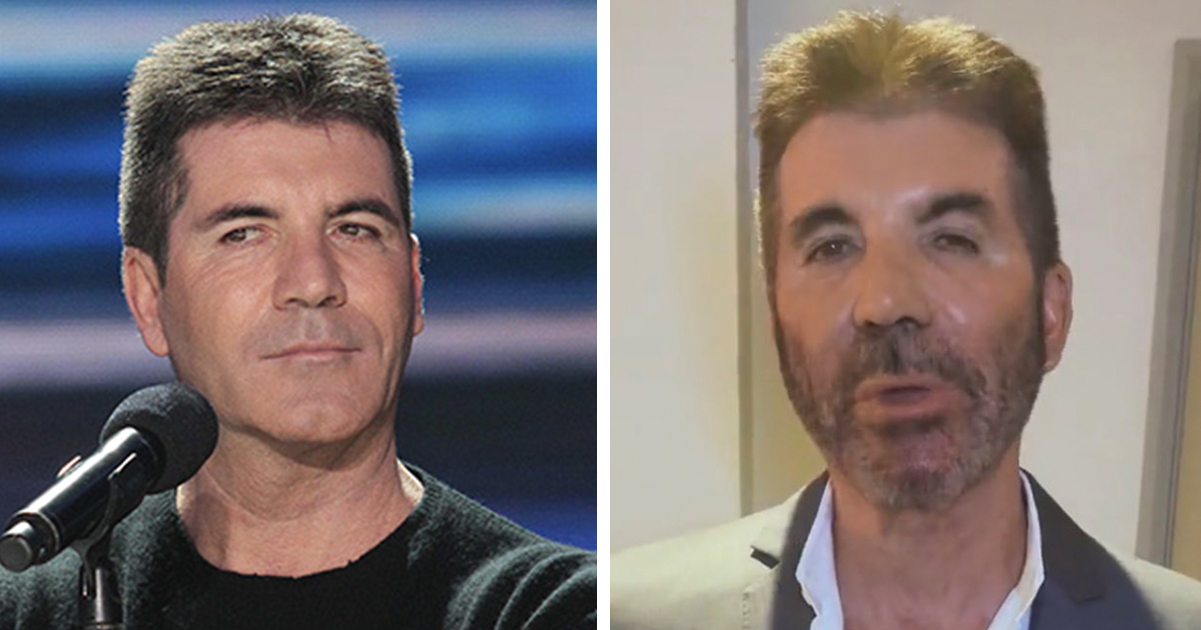 Simon Cowell is known all over the world. A music mogul, titan of business, and fabled judge on several talent shows, he’s cemented his legacy as one of the most influential figures in the entertainment industry.

Having garnered some success in the 80s and 90s as a record producer and talent scout in the UK music industry, Cowell became a star after appearing as a judge on Pop Idol in 2001.

Mega hit shows like the X-Factor and Britain’s Got Talent followed, while his name and brand carried over across the pond to the US, where he continued to raise his profile.

Recently, the now-63-year-old has had a hard time of things where his health is concerned. After badly injuring his back a couple of years back, he went under the radar for a time before returning to the spotlight with a brand new look.

Yet whereas once upon a time it was his stinging comments to unfortunate contestants that were the major topic of discussion, today it’s how his appearance has drastically changed … and not exactly for the better.

Cowell appeared recently in a video (above) urging people to sign up to the next season of Britain’s Got Talent.

Yet instead of reacting in a buzz of social media excitement, it would appear that viewers were more interested in talking about Cowell’s new face.

Yes, you read that right. The iconic showbiz legend looks like an entirely new person in the video, with a number of Twitter users expressing open concern regarding Cowell’s use of plastic surgery.

One user quipped: “Did someone put the Simon Cowell statue too close to the lights at Madame Tussauds?”

Another wrote: “You really do have to question the ethics of some aesthetic practitioners if they are prepared to do that to someone. He literally looks like a Tussauds waxwork.”

A third said: “This is not Simon. The real Simon is not with us anymore.”

Cowell’s been very open regarding the plastic surgeries he’s undergone in the past. Speaking to The Sun, he once admitted: “There was a stage where I might have gone a bit too far. I saw a picture of me from ‘before’ the other day, and didn’t recognize it as me first of all.

“Eric [Simon’s son] was in hysterics. Enough was enough. There is no filler in my face at all now. Zero.”

Of course, this is far from the first time the subject of Simon’s appearance or health has been thrust into the media spotlight.

Only two years ago, the music mogul was involved in a serious accident involving an electric bike.

Cowell fell off said bike in the courtyard of his home in Malibu, California and had to be taken to the hospital. He had to undergo surgery to repair a broken back.

Cowell said he was “doing fine” following the six-hour surgery, which included placement of a metal rod.

“I knew I’d broken my back the minute I landed,” he said. “It was really, really kind of sudden and it hurt.”

“It could have been a lot worse. When I saw the X-ray, I really nearly could have smashed my spine to pieces, so I literally wouldn’t have been able to walk.”

As for his dabbling with plastic surgery and Botox, Cowell’s drawn plenty of comments in the recent past. In 2019, plastic surgeon Dr. Anthony Youn actually called out Simon for doing too many injections.

I don’t know if there’s a right or wrong side to this debate, but I have to say I’ve never seen Simon looking like this before.

What do you think? Let us know your thoughts on the use of plastic surgery in the comments box.