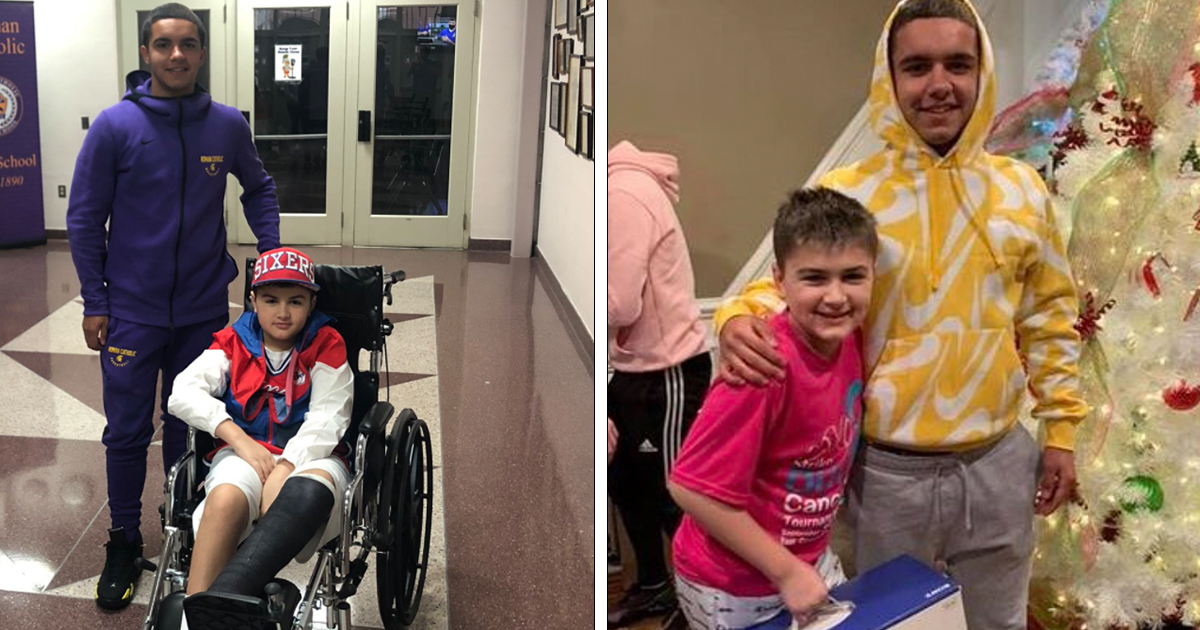 As well as having to contend with the ongoing COVID-19 pandemic, the 10-year-old has a broken leg. Oh, and he recently underwent surgery for brain cancer.

The fifth grader has more than just a bit to complain about, and yet he’s shown the heart and spirit of a lion.

Which is why it truly warmed my heart to learn that he was given a reward for all the hardships he’s endured throughout 2020 when his neighbor – aptly named Angel – surprised him with a new Playstation 5.

“Me being a 16-year-old kid I was just excited to play it, but I (saw) Sonny’s post, and I thought of his happiness being at such a young age and what he’s been gone through,” Angel Otero, a 16-year-old junior at Roman Catholic High School, said.

Angel’s mom had won the console in a raffle, but the teen himself decided to do what very few others would have done in his situation.

“I just think all the materialistic things aren’t important as the smile I could put on his face,” Angel said.

Sonny’s mom insisted that Angel receive some money for the PS5, so Angel decided to use it to bless even more children.

“I wanted that gift to be from me to Sonny. So I took the money, bought as many toys as I could. I will be donating them to my grandmom,” Angel said.

The teen’s grandmother serves as a pastor, and will be sending Angel’s gifts to children in need in the Dominican Republic.

My heart bursts with pride seeing the warmth and love that people are still capable of, even during times as dark as these.

Thank you, Angel, for gifting Sonny something he truly deserves after all he’s been through.

Share this article on Facebook if you want to celebrate this young man’s kind soul, and to wish Sonny all the best moving forward.