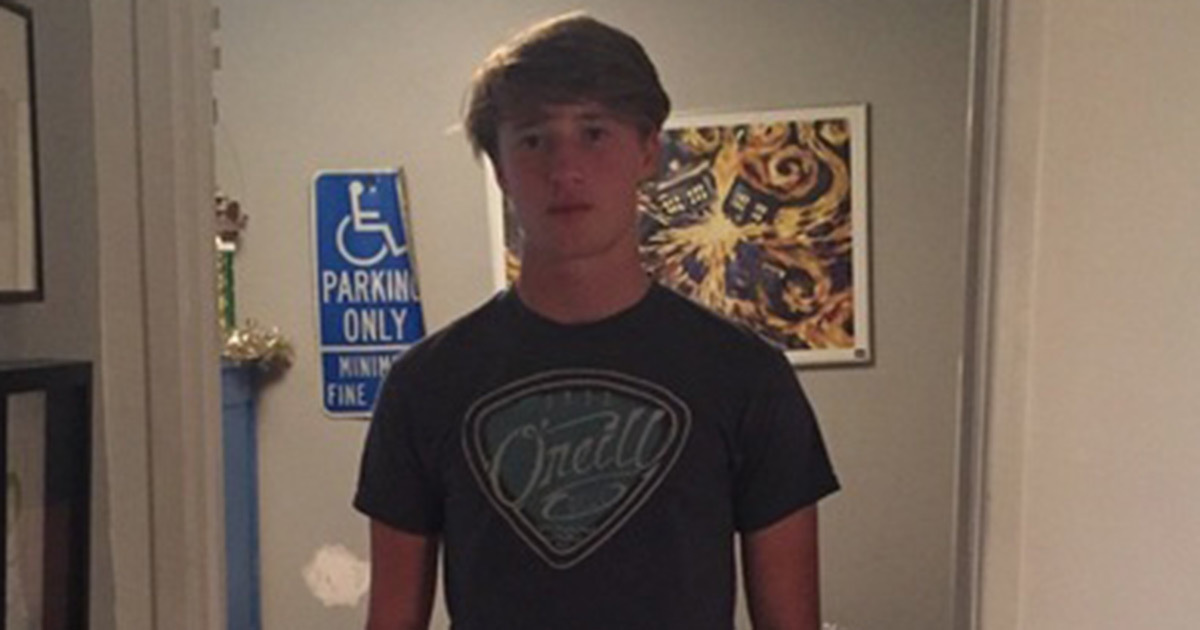 Every parent of a teenager knows that their child can go through stormy periods. The usual methods of child-rearing suddenly go ignored or are defied—and when hormones are surging, a peaceful home is just a dream.

At times like these, there’s one thing that’s for sure—one way or another, things are going to end with the teen slamming their bedroom door.

That’s exactly what happened here. But this time, the teen’s father simply grew tired of his son’s door being abused during one of his tantrums. So he decided to pull out his toolbox and teach his son a lesson…

Take a look at this picture. Do you see anything unusual?

If you look closely at the details, you’ll notice that the door is no longer hanging on the upper hinges. And you can also see that the boy’s facial expression is somewhere between anger and remorse.

That’s not so surprising, perhaps, given that he’s just listened to his father lecture him about slapping his bedroom door.

This time though, his dad didn’t just talk. He grabbed his toolbox and got a little creative with a saw…

So there it is. With only half of a bedroom door, I doubt the boy will ever slam his door and make the house shake again. Though, I have to admit, he doesn’t have any privacy to speak of.

This photo was uploaded by the teenager’s brother onto Reddit, with the comment: “When your brother gets his door cut in half as punishment for slamming his door.”

We can guess that the teen would like to turn back the clock and stop slamming his door.

Please share this story with your friends if you also liked the creative way this dad taught his son a lesson!