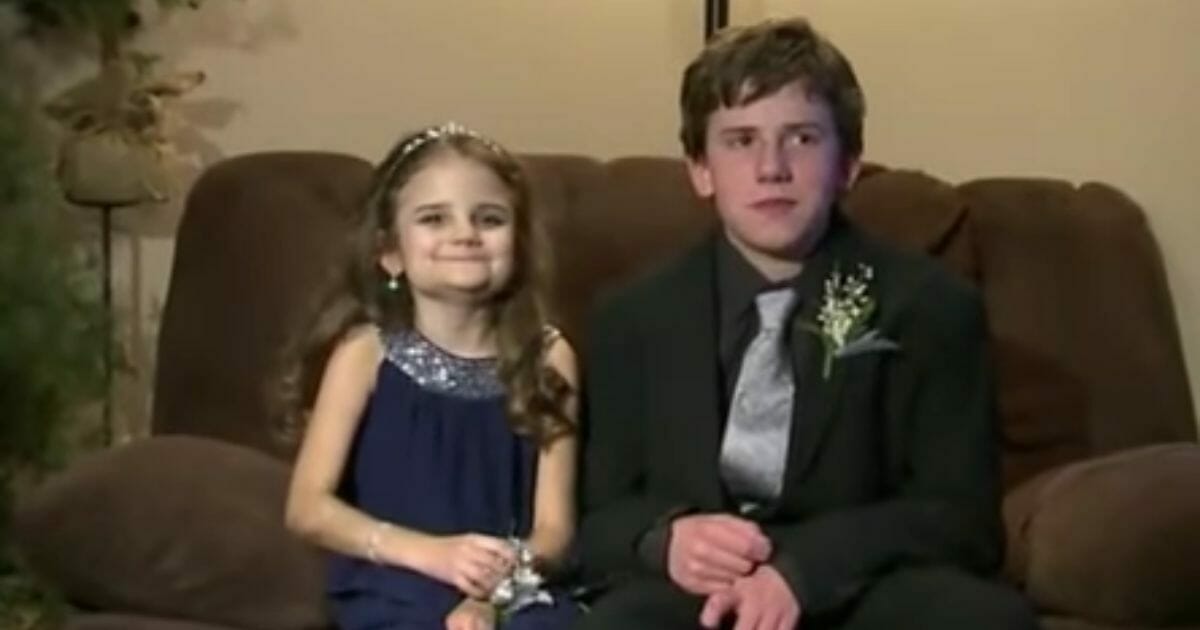 A cancer diagnosis is never an easy pill to swallow. In fact, it’s a terrifying, life-changing bit of information that takes the very strongest of us and brings us to our knees. That sense of unfairness is only magnified when a child is involved.

Sure, the field of medicine is better equipped than ever before to combat cancer, but even so there are times when physicians are simply forced to accept that they can do no more.

When the Spader family, of Sioux Falls, South Dakota, learned that their 10-year-old’s cancer was terminal, they set out to do something special before she passed. Through a combination of efforts, they were successful in their aim.

According to the Daily Mail, mom Stephanie Spader realised something was wrong with her daughter Rebekah when she was 6-year-old.

Unfortunately, it transpired that the girl had myelodysplastic syndrome.

Whilst that isn’t a cancer in itself, some of its forms develop into leukaemia later down the line.

Rebekah underwent a bone-marrow transplant, the hope being that it would save her life.

Sadly, though, the procedure was unsuccessful, and the disease began to rapidly advance through Rebekah’s system.

Having been told her days were numbered, her parents made the tough decision to stop Rebekah’s treatment, instead focusing on making her remaining time on this earth as spectacular as it could be.

It was through this mindset that her big brother A.J. decided to do something that was truly touching. He wanted to take his sister – who had turned 10 by this time – to his freshman formal dance.

Of course, Rebekah quickly accepted her brother’s offer, and plans were set in motion for her to have an experience she would never otherwise be able to.

“I wanted to ask my sister, because she’s most likely not going to be able to experience high school,” A.J. explained.

“Her laugh is pretty great,” he continued. “It’s really fun to just be around her and just make memories.I want to spend as much time with her as possible while she’s still doing good.”

So Rebekah went to the formal, which took place on Valentine’s Day in 2016, and brother and sister had a fantastic time.

Tragically, the formal was to become one of the siblings’ last shared memories. Little Rebekah passed away on August 4 of that same year, but her light is one that will never truly go out.

During her battle she remained strong, brave and loved to help others. This little girl lived a life of generosity despite the hardships she endured.

The culmination of her efforts was when she decided to host a christian music concert and donate the proceeds to Make-A-Wish which ultimately gave that organization $21,000.

Well, this story didn’t take long at all in bringing me to tears. I can’t fathom how much pain the Spader family must have gone through, and for that reason I’m sending all my prayers in their direction.

As for A.J., I think his gesture was a brilliant one. His sister got to dress up and be a princess for the evening, despite everything that was going on at the time. Rest in peace, Rebekah!