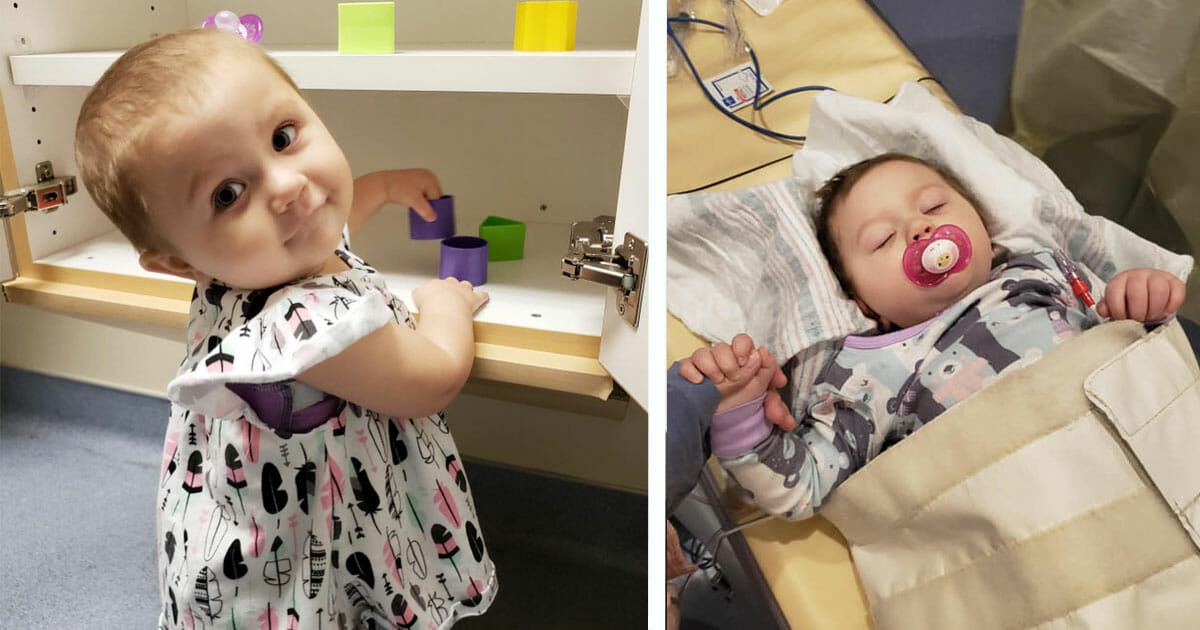 According to the Mayo Clinic, neuroblastoma is a cancer that commonly effects children under the age of five. It’s the result of “immature nerve cells” and can develop in several areas of the body, but is most often found near the adrenal glands.

Treatment typically can include surgery, chemotherapy, radiation, a bone marrow transplant, or immunotherapy. A patient’s treatment is dependent on the stage of their neuroblastoma. The 5-year survival rate, which depends on a child’s risk factor, varies, but is typically higher than 50%.

But don’t let that statistic fool you, neuroblastoma can be a difficult cancer to treat, especially when the child is diagnosed with stage 4.

Molly Hughes, a 21-month-old, was diagnosed with stage 4 neuroblastoma in 2017. Her mother, Chelsea Hughes, told CNN that the cancer had spread throughout much of her daughter’s little body.

In order to fight the disease, Molly had to undergo intense treatment. Over the course of 15 months, the little girl spent a total of 130 days in the hospital where she received chemotherapy, stem cell transplants, surgery, radiation, and immunotherapy.

“We’re just thankful that she made it through all that treatment,” Chelsea said. “It was tough. She got really, really sick. The treatments are just so harsh on [children’s] bodies.”

Celebrating our little wonder woman’s last day of treatment!! Molly finishes her oral medicine tonight & that is the end…

“I kinda just fell to the ground after I got off the phone and I just hugged for her like five minutes,” she told WKBO.

The little girl who had endured more than some people will in their entire life got the word that she was in remission. Molly’s family was elated.

In celebration of Molly’s good news, her family plans on taking a trip to the beach. During her treatment it was difficult for Molly to take baths or play in the water, something she loved to do, because of the IV in her chest.

Now, she’ll get to splash around as much as she wants.

While Molly’s family is ecstatic about her remission, Chelsea shared on Facebook that they are still in need of prayers.

“Neuroblastoma has a high risk of relapse, so she started a trial drug yesterday that helps prevent relapse, and she will take this for two years and will have scans every three months,” she told PEOPLE.

Molly 2 years ago today, 1 year ago today & today! It’s crazy to see how much can change in 2 years and how much this poor girl has been through. But look how happy she is now! ☺️

“A lot of people have been saying she’s ‘cancer free’ but she’s not technically cancer free for five years, but she is in remission and her scans showed no evidence of disease.”

In one of the latest updates from the family, Molly’s mother announced that her daughter is still doing well.

”This little stinkers tumor markers were normal!! ????,” Chelsea wrote on her Facebook page and posted a picture of her smiling and beautiful daughter.

We are so glad that after 15 months Molly was declared to be in remission.

Share this article with your friends and send positive thoughts that Molly remains in remission.