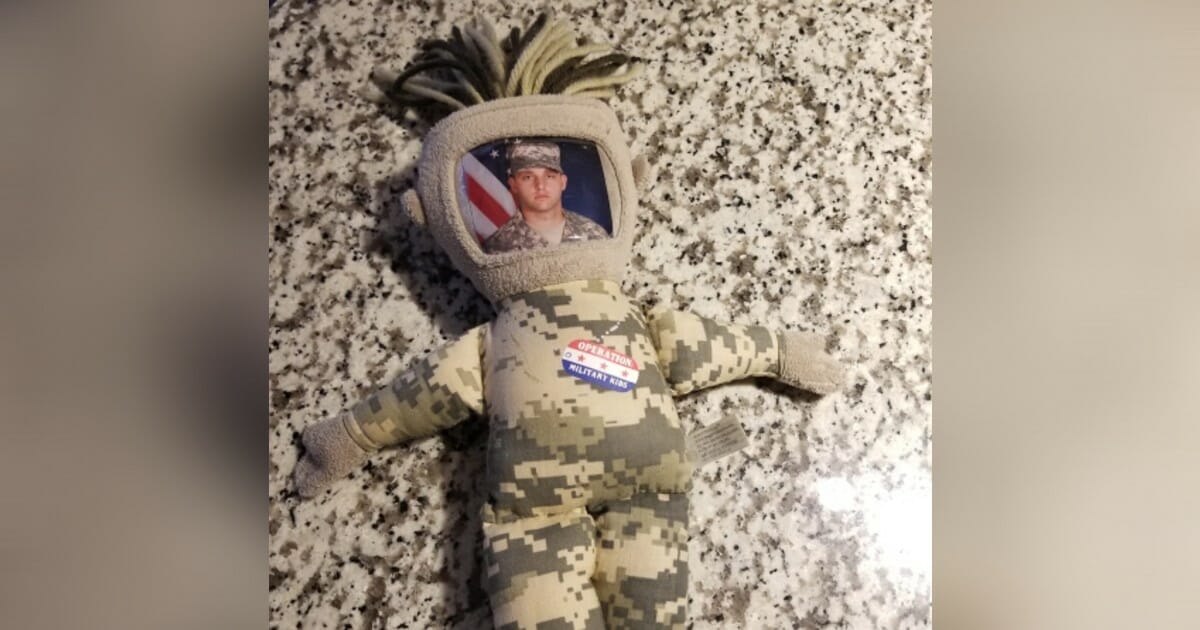 An Ohio mother is seeking the public’s help for a very important lost possession, her daughter’s “daddy doll.”

Jessica Osborne told FOX19 that her three-year-old Mattie, lost the doll which has a photo of her father as the doll’s face while the family was out on July 12.

The doll was last seen in Lebanon, Ohio.

The doll, which Mattie, calls her “daddy doll” is a military stuffed doll that brings her comfort whenever her dad is away. Usually, Jessica will give the dolls to her two oldest daughters before their father goes away.

“I had gotten it out Friday morning just to kind of give them that prep talk, ‘dad’s not going to be around for a while, but he’s coming back,’ kind of thing,” she said.

But then later that day the doll went missing.

Jessica “tore the car apart” and searched everywhere in the family’s home, but couldn’t find it. Knowing that the doll comforted her daughter she didn’t want to give up.

“I’ve noticed that it helps ease their mind when they can at least pick up the doll, hug it and see a picture of their father inside.”

So, she shared a picture of the doll on Facebook and asked if her friends could keep an eye out.

My toddler lost her daddy doll on Friday. We were at Larosas, Dairy Queen on Columbus Ave. and also in the neighborhood…

“She is devastated,” she wrote. “We use it often when he trains and she isn’t able to see or speak to him. Please…if you see this doll…I would be grateful for its return.”

She added that the doll, which she noted does not have dog tags or logos on its legs, was lost somewhere between LaRosa’s and Dairy Queen in Lebanon, though it could also be located “on route from 48 to Bunnell Hill to Five Points.”

So far her post has been shared more than 5,000 times, but the doll hasn’t been found. Many have offered to send a replacement doll, but Jessica said she isn’t ready to replace the doll yet.