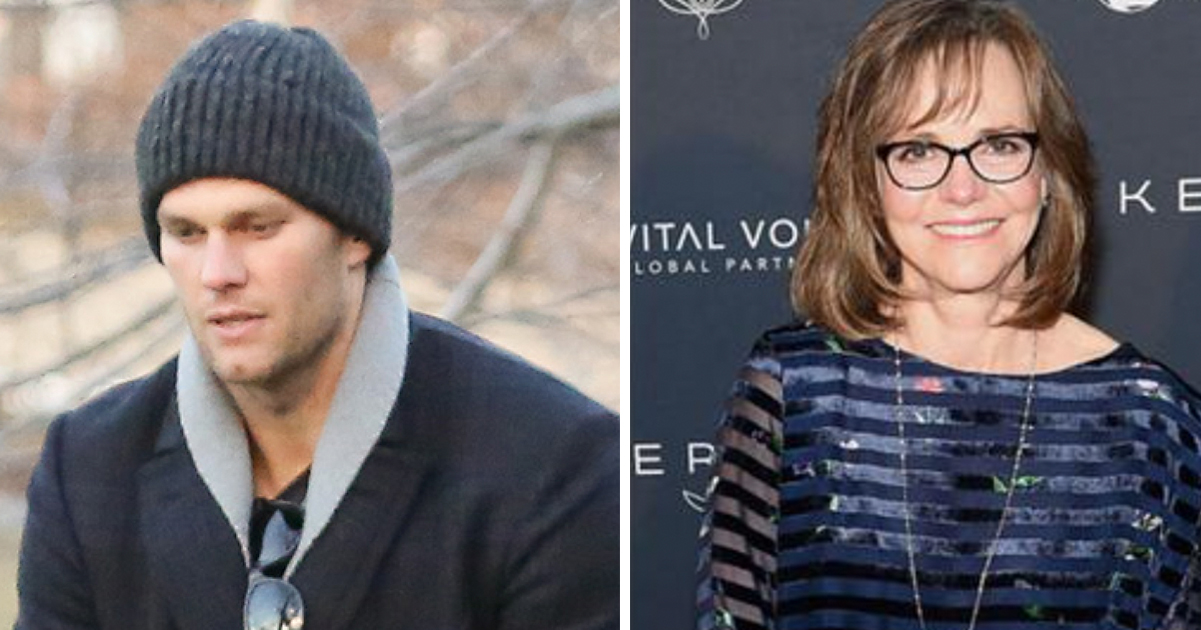 It may be the end of the road for the Tom Brady and Gisele Bündchen, but life moves on and those closest to Brady are already suggesting potential future matches for him … in a round about kind of way.

As per reports, Brady’s former teammate Rob Gronkowski opined that iconic actress Sally Fields could be a potential match for the legendary quartberback.

“Gronk”, retired from the NFL since 2021, cited Brady’s chemistry with the 76-year-old actress during a scene filmed for their upcoming sports comedy “80 For Brady”.

During an appearance on the SiriusXM podcast, Gronkowski joked: “Tom, have you been considering dating Sally Field after that Oscar worthy-performance or what?”

At the time, Brady was a good sport, and refused to entirely pour cold water over the speculation.

“We did have kind of an on-camera little, you know, thing going on,” the seven-time Super Bowl champion, now 45, admitted.

“So, it was actually nice. We really enjoyed our time together. So we’ll see where it goes from here.”

“Yeah, I know, I noticed that,” Gronkowski said.

Brady, never one to be one-upped, then clapped back with his own assessment. “You and Jane Fonda had a good scene too, which was a little … I thought that was really spicy,” Brady told Gronkowski.

“I knew you were going to say that!” Gronkowski replied.

“It was really,” Brady said. “I was excited to see it.

“80 For Brady”, produced by Brady’s 199 Productions, is a movie that sees four best friends and Brady superfans traveling together to Houston, Texas, to watch the New England Patriots take on the Atlanta Falcons in the 2017 Super Bowl.

That specific Super Bowl match turned out to be one of the most entertaining matches in NFL history – it also featured the biggest comeback ever in a Super Bowl as the Patriots came back from 28-3 to win the game.

As for Brady’s off-the-field fortunes, last year saw the finalization of his long-standing marriage to Brazilian model Gisele Bündchen. The high-profile split came after more than a decade together on October 28.

I hope both Tom and Giselle find new happiness in their lives moving forward.