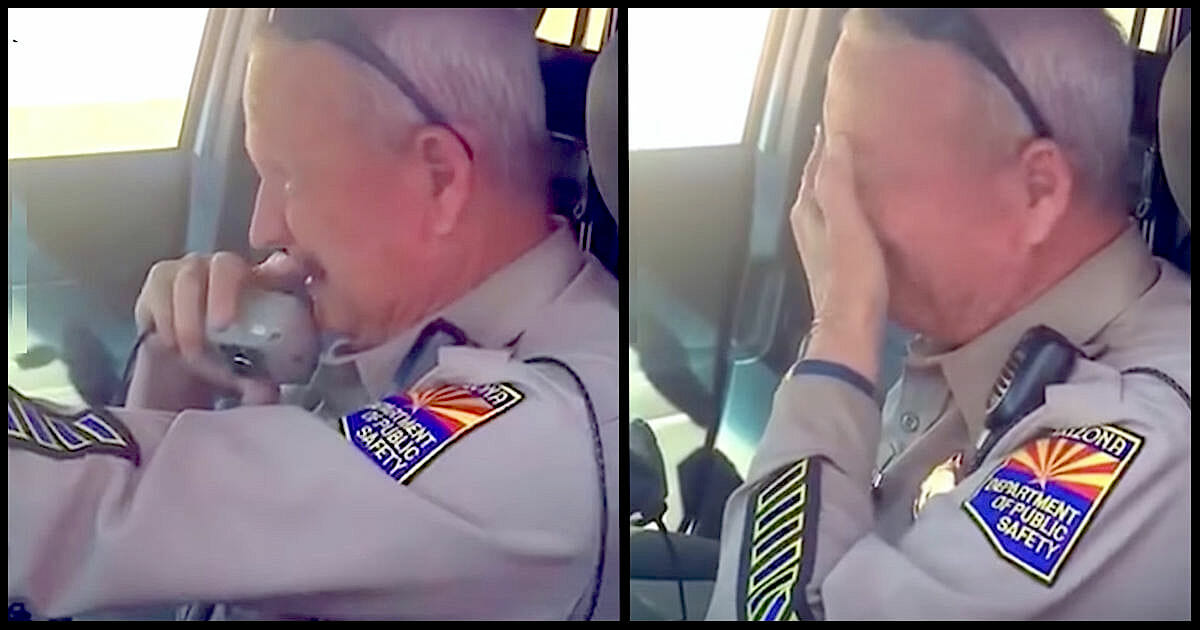 Mark Gilberg started working for the Arizona Department of Public Safety in March, 1981. All told, he would spend close to the next four decades patrolling the highways of northern Arizona, tirelessly trying to keep the roads safe.

Then, one Thursday afternoon, he made to call into dispatch, just as he had done for the previous 37 years. Except this time it was slightly different. This time, he was calling in for the last time. Mark was retiring.

Being that this call was to be his final send-off from a job he’d served well for a whopping 37 years, it was a pretty big deal. Fortunately, Mark’s daughter was on hand to capture the moment he said his farewells to a group of inspired dispatchers. Boy, is it a tearjerker …

After struggling to rein in his emotions, Mark manages to initiate the call to dispatch, all the while fighting back tears.

With Mark choking up mid-way through his opening statement, it doesn’t take long for the dispatcher on the other end to begin crying herself. One thing’s perfectly evident, and that’s that Mark must have made quite the impact on his department.

It’s rather difficult not to shed a tear when listening to Mark’s final call. He describes how his career has been a “great adventure” and thanks everybody for everything they’ve done for him over the years.

As per Faith Tap, a spokesperson from the Arizona Department of Public Safety confirmed that Mark was the agency’s longest-serving trooper, so it’s not difficult to imagine just why he was so emotional.

When dispatch thanks him in return for his years of great service, Mark finally cracks…

You can watch the video of Mark making his last call to dispatch below. *You might want to grab the tissues.