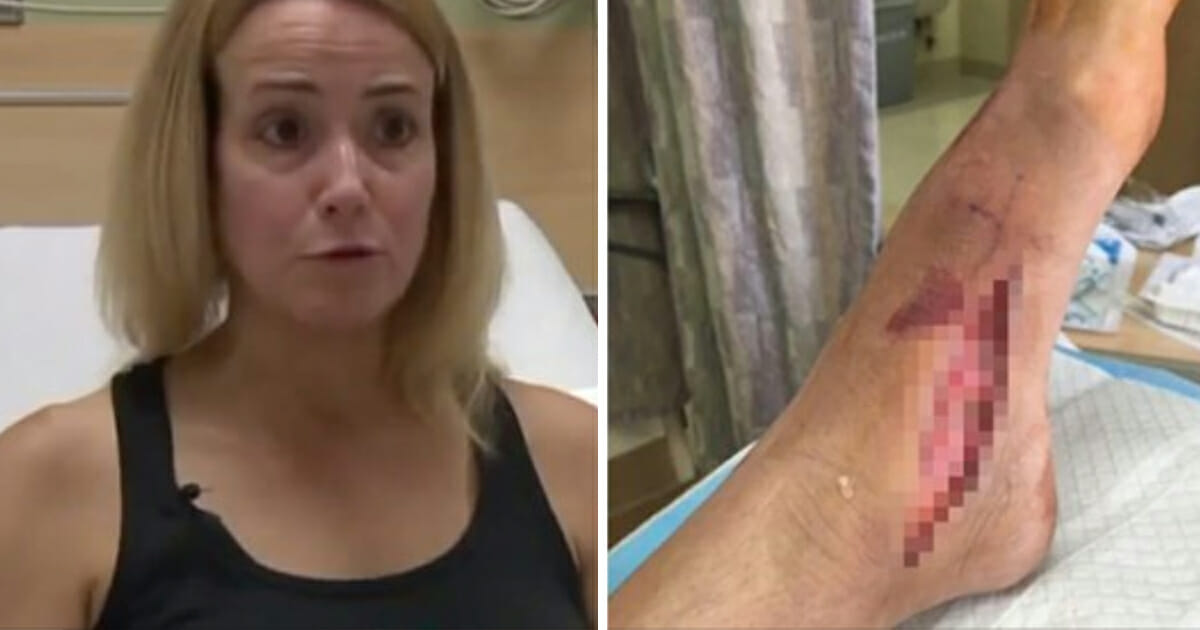 A San Diego woman has become the latest victim in a worrying trend of people fallen prey to flesh-eating bacteria.

According to the New York Post, Noelle Guastucci noticed one day in early July that her foot had begun to swell and develop a rash. Within a matter of minutes the swelling was so bad that Guastucci’s toes were barely visible.

Over the course of the past month several people have been admitted to hospital after having contracted a flesh-eating bacteria from the water.

There’s one decisive difference with Noelle’s case, however: she didn’t even get in.

Speaking to FOX 5 San Diego, Guastucci told how quickly things escalated when she first noticed swelling in her foot.

“The pain was so excruciating,” Guastucci said. “On a scale from 1 to 10, it was an 11. It felt like someone had poured acid on my foot.”

She was rushed to the ER at Kaiser Permanente, where she was soon diagnosed with necrotizing fasciitis – the very same disease that claimed the life of 56-year-old Gary Evans who, like Guastucci, had been out enjoying himself on the Fourth of July weekend.

“I was facing possible amputation,” Guastucci continued. “I was told if I had waited a few hours, I possibly could’ve lost my life.”

It’s thought that victims contract the bacteria through entering the water when they have small cuts or burns. The bacteria then uses these wounds to enter the body, moving quickly and aggressively through the host’s system.

Guastucci, however, says she didn’t even go into the water.

Even so, she had to spend 12 days in the hospital before she received word that the administered antibiotics had worked and the bacteria was no longer a threat.

As per the Centers for Disease Control and Prevention, symptoms of necrotizing fasciitis include a red or swollen area of the skin that spreads quickly, agonizing pain, and fever.

It’s a scary world we live in! We’re wishing Noelle Guastucci all the best with her continued recovery.

Please share this article to raise awareness on this terrifying blight.