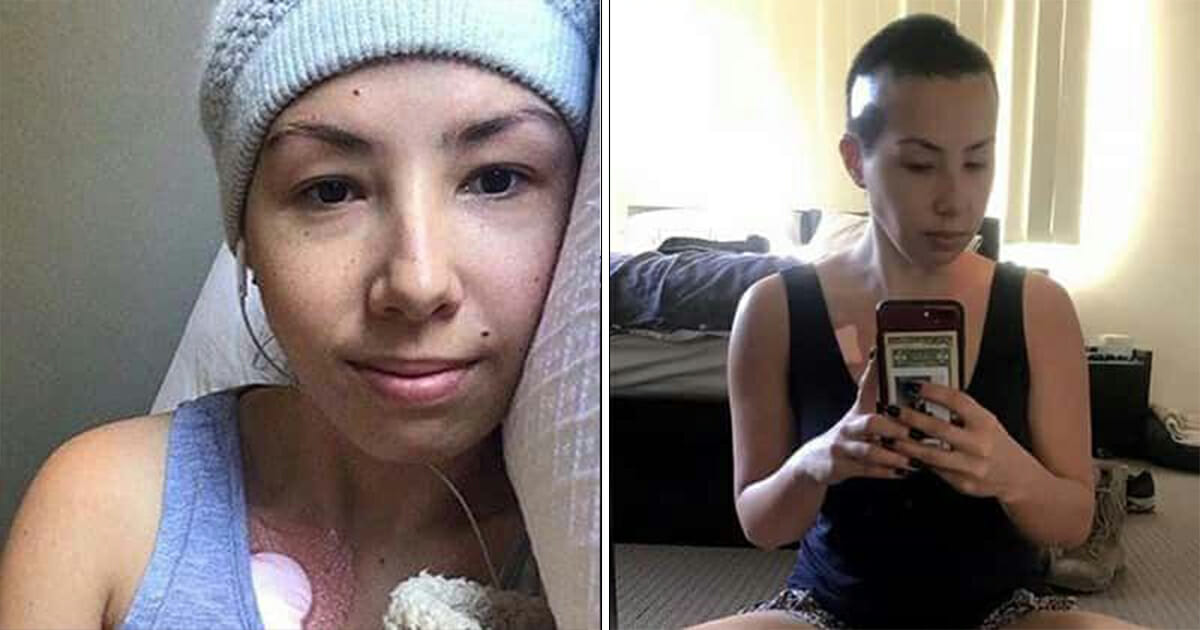 Just when I think people can’t sink any deeper into the depths of depravity, someone comes along and surprises me.

A 27-year-old woman from Queensland, Australia was charged last year after raising money on a GoFundMe Page saying it would go towards her cancer treatment.

As per the Daily Mail, Lucy Wieland convinced people that she was dying of stage 5 ovarian cancer, though it turned out she wasn’t sick at all.

Cancer 'faker who shaved her head, shared hospital photos and claimed she had less than a year to live' is charged with fraud after 'pocketing $55,000 from kind-hearted strangers' https://t.co/Fyj3P4Wx4c pic.twitter.com/P4NINrWoTz

Wieland was granted bail after appearing in Townsville Magistrates Court charged with fraud. It’s claimed the 27-year-old faked shaving her head, shared bogus hospital pictures, and claimed she had less than a year to live.

She was arrested after detectives were tipped off by a member of the public. Detective Inspector Chris Lawson told the Daily Mail: “It’s always very concerning when people use the emotions of others to try and obtain money for themselves.

“It’s disheartening. The real victims here are the (people) in the community who have heard the stories (and) have tried to assist as best they can … and given the money across in the honest belief that they are trying to help.”

It later transpired that Wieland was not suffering from any cancer. An investigation is underway, meanwhile, to find out what happened to the $55,000.

Wieland’s fraud was also in evidence on Instagram, where she purportedly posted pictures showing her wearing an oxygen mask, and another of her receiving intravenous medication.

ABC say Wieland’s partner – who also appears in some of the photos – had become her full-time carer, though it hasn’t been confirmed if he was aware of the fraud.

A 27-year-old Douglas woman has been charged over an alleged fake cancer campaign, which netted more than $50,000 for Lucy Wieland who claimed she was dying from stage 5 ovarian cancer. https://t.co/zziGAryiK0 @AmeliaAdam1 #7News pic.twitter.com/QAm3k1f3vQ

I just don’t know how people can live with themselves when they’ve behaved like this.

Wiland’s actions are an insult to genuine cancer victims the the world over. I hope she’s given a punishment that reflects her crime.

Share this article if you support the fight against cancer!