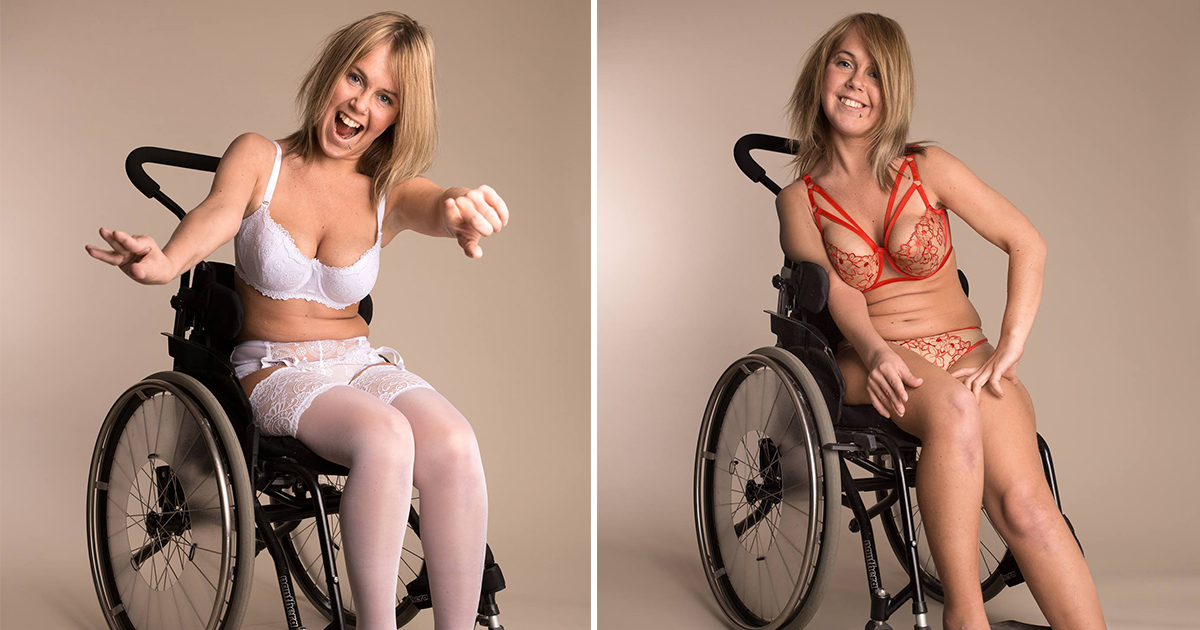 We live in an beauty-obsessed world where women and girls are told that they should be slim, tall, symmetrical, and have flawless skin. Since ancient times, beauty standards have influenced the self-esteem of young girls, something that wheelchair user Moha Frikraft from Sweden wants to change. By becoming an underwear model, she’s showing others that no dream is too big.

“I’m passionate about diversity and want to help create a new ideal for society where everyone can be a model,” Moha wrote on her blog.

It’s not often you see an underwear model in a wheelchair, which is perhaps why 27-year-old Moha Frikraft’s fashion photos have sparked such positive reactions online.

Moha Frikraft from Arboga, Sweden was born with cerebral palsy, and doctors said at the time that her life would be difficult. Later in life, Moha was also diagnosed with ADHD and Asperberg’s syndrome. But despite that, she’s already done more than many people accomplish in a lifetime, writes the Swedish newspaper Expressen. Moha runs a kennel, she’s trained as a nutritionist and personal trainer, she’s jumped out of an airplane, and recently, she debuted as an underwear model.

Moha’s underwear pictures are for a project commissioned by Wikimedia Sweden and were taken by photographer Tomas Gunnarson. The project features transgender people, people who are non-white, and people with visible disabilities in order to show the diversity of humanity.

Wearing lingerie in images that the whole world would be scary for just about anyone, let alone those who don’t fit into the norm.

“I always look for differences because I want to create new social ideals. All bodies are beautiful, no matter what they look like. It was a bit scary to be photographed in lingerie, but I have a nice body and I’m photogenic, so I enjoyed the camera,” she told the Expressen.

Raising awareness about diversity and showing that all bodies are perfect in their own way is the way to better self-esteem for many people. Please share this article to pay tribute to Moha’s courage and inspiring message.