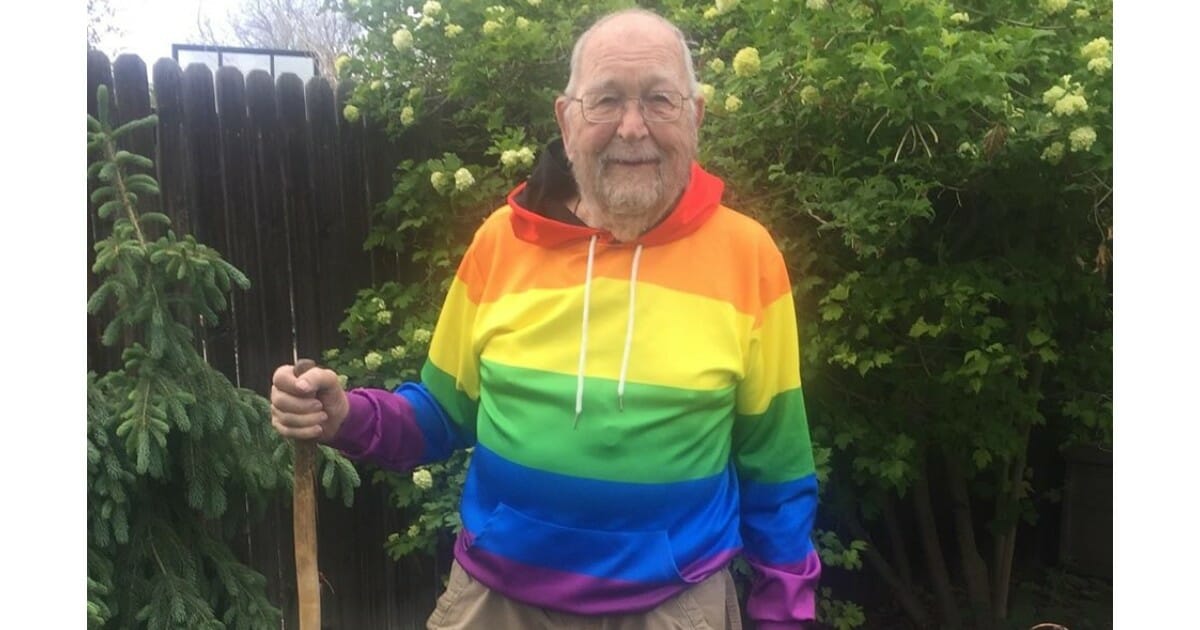 For nearly a century, he’s been living his life as someone society unfortunately has an easier time accepting.

“I’ve been in the closet all my life — deep in the closet, behind rows and rows of clothing. I’m way back there,” Felts told the Denver Post.

Although Felts knew he was gay since he was a pre-teen, it wasn’t until he was 90 years old that he came out.

Felts told the Denver Post that he always planned to take his secret to the grave, but while he was in quarantine during the pandemic he began writing his autobiography and reflecting about his true love, Phillip.

The two men fell for each other in the late 1950s, but Felts decided it was too difficult to live his life as a gay man.

“Coming out in the ’50s, ’60s and ’70s was horrendous,” he said. “That was part of the reason I didn’t ever consider coming out (before). There was no gay community, there really weren’t gay organizations or anything. People who came out came out on their own, without support. And I guess I didn’t have the courage to face society at that time, so I just went ahead and buried it.”

It wasn’t until recently that Felts accidentally told his daughter, Rebecca Mayes who came out to him more than 20 years earlier, that he regretted leaving Phillip. Although he said he didn’t regret marrying a woman because without that relationship he would not have had his only daughter.

“He’s just so brave and he doesn’t even realize that he is, but it’s extraordinary,” Mayes said.

After revealing his true feelings to his daughter, he felt it was time to tell everyone else in his life. So, like many who come out in the age of social media, he posted about it on Facebook.

“Opening that door at the front, I had great trepidation as to what people would say. I was very concerned because I needed people and I couldn’t stand the thought of losing them just because I decided to finally be who I really was.”

Although it can feel scary to come out, Felts advises anyone thinking about it not to underestimate your loved ones.

“You might be surprised at how they react if you were to decide to come out. Enjoy what you’ve got while you’ve got it, because you’ve only got it once.”

I’m so happy that Kenneth doesn’t have to take this secret to the grave. Love is love, and nobody should be shamed for it. Share this if you believe love is love.