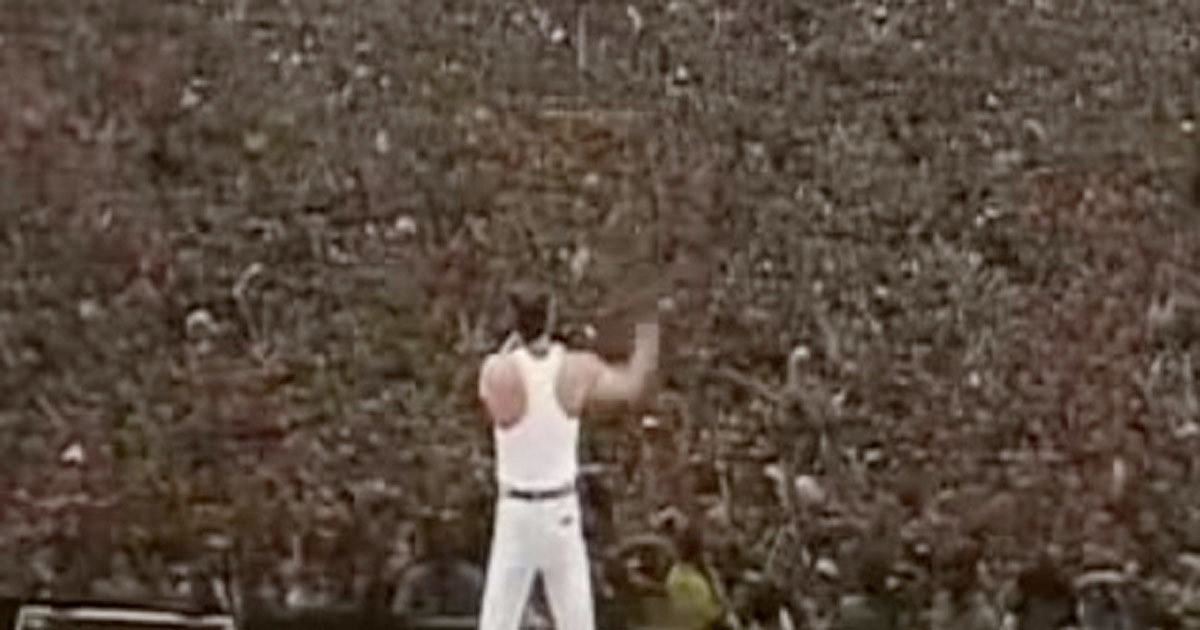 Twenty-five years ago, one of the greatest legends of rock was taken from this world.

With his enormous talent, Freddie Mercury had a tremendous impact on music history—and today, we remember his greatness with what some call the greatest live concert ever.

“The difference between Freddie and almost all the other rock stars was that he was selling the voice.” — Montserrat Caballé.

“The best virtuoso rock ‘n’ roll singer of all time. He could sing anything in any style.” — Roger Daltrey.

These are just two of the many great singers who looked up to Queen frontman and singer, Freddie Mercury. With songs like “Bohemian Rhapsody,” “We Are the Champions,” “Crazy Little Thing Called Love,” “Somebody to Love,” and “Killer Queen,” Queen was one of the world’s most popular bands in the 70s, 80s, and 90s—thanks to Mercury.

This clip is from the July 13, 1985. It took place during the Live Aid charity event at Wembley Stadium in London. There were 72,000 people in the audience. And onstage, stood a superstar with only six more years left in his short life.

Queen’s performance has been called “20 minutes that changed music” and was also voted “the greatest live gig ever” by the BBC in 2005.

We’ll never forget you, Freddie! Please share this video to pay tribute to this true superstar!