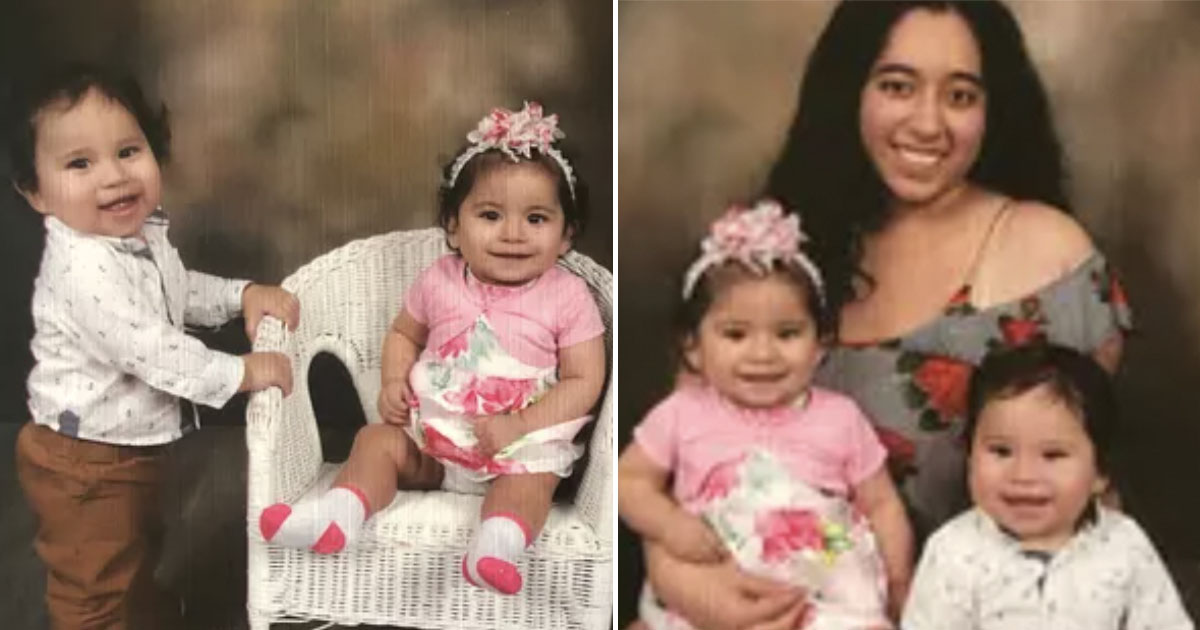 The twins were set to be baptized on Saturday. The family was in the car to get supplies for their baptism when the tragedy struck and changed their lives forever…

The Resendiz was out for the day in their car, to find supplies for the upcoming baptism of their 22-month-old twins. The twin’s grandmother was driving the vehicle, while mom Jennifer was in the passenger seat.

Little Melanie and Nicolas, who were twin siblings were strapped into their baby seats in the back.

The family was standing on Woodforest when a cement truck fell from the Beltway overpass. It landed right on their car and crushed it. The Resendiz thinks it’s a miracle that three out of four of them even made it out alive from the horrific incident.

However, one member of the family lost their life. Little Nicolas succumbed to his wounds and was pronounced dead by medical professionals at the scene.

The family is devastated at this overwhelming loss they are facing. Jennifer is too emotional but is getting the support she needs to get through this from her family.

As for little Melanie who is left without her brother, Jennifer says she will tell the little girl that her brother is still with them in a way. She said about what she plans on saying, “That he loves her and that he will always be with us.”

The accident took place last week but the family has still not come to terms with what happened. “You know, it’s been three days, four days since then. It still feels like I’m going to wake up from this bad dream,” says Uncle Daniel Resendiz.

Aunt Esmerelda Resendiz is similarly heartbroken, saying “I guess we’re all just sad that he got taken away so early and that his sister won’t be able to see him no more or have a play buddy.”

The driver of the truck was a 36-year-old woman who lost control of the vehicle. She only sustained minor injuries and refused medical attention. It is not yet clear whether the family will be pursuing legal action. But preliminary investigation from the police did not reveal any evidence of substances being ingested playing a factor in the accident.

When the crash happened, people rushed to the scene to help the family in any way they could. A Century 21 employee Raymond Romo saw the entire incident as his workplace was nearby.

When he saw this, he rushed to the scene to provide assistance and help the people trapped in the car get out. He says, “Luckily, I was able to get out one of them. But, I couldn’t get out the other.”

A father himself Romo was reduced to tears at having to see the little boy lose the battle for his life.

The family has set up a GoFundMe page to help with the expenses they face with the funeral and other costs.

Our hearts go out to the family at having lost their beautiful baby boy. Rest in peace, little Nicolas.