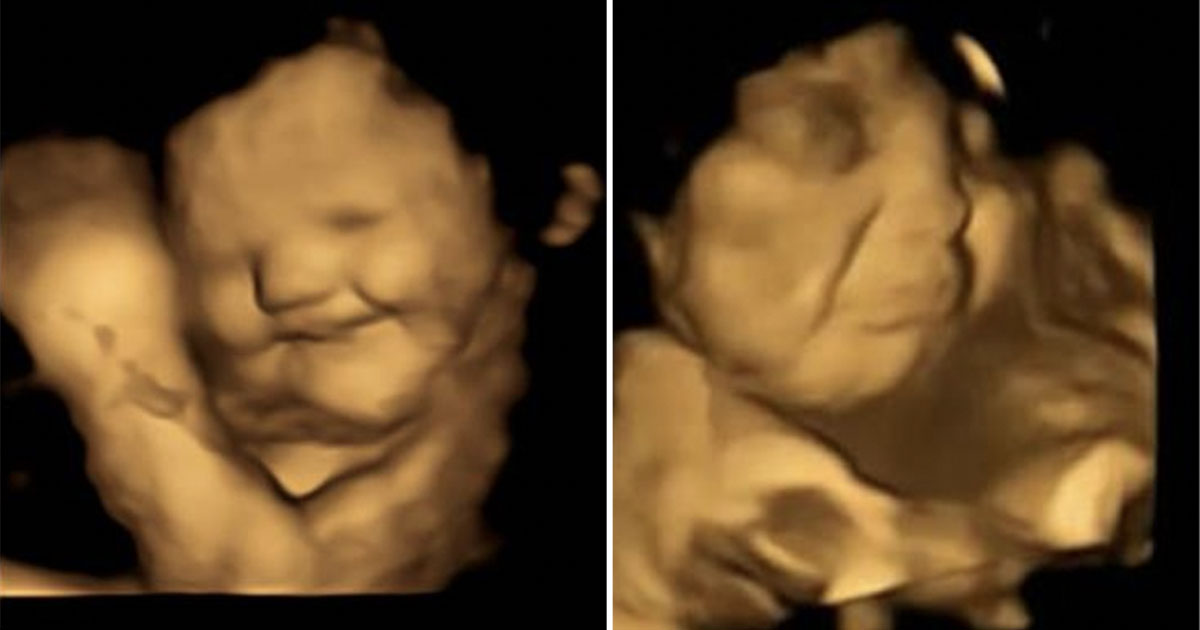 People often wonder what life before birth is like. When you are in your mother’s womb what is your experience like? Well, those questions have not been answered yet but another very interesting discovery has been made because of modern technology!

A study in the United Kingdom has shed some light on life before birth; when a fetus is in the womb. Researchers at the Fetal and Neonatal Research Lab at Durham University wanted to see whether fetuses respond to the food the women carrying them eat.

The researchers had to the idea of giving capsules containing powdered versions of kale or carrots to the participants to then check the real-time reaction of the to the flavor.

Twenty minutes after the pills had been ingested, 3D ultrasounds revealed the fetuses and their reactions to what was consumed. The ultrasound showed that most fetuses where the carrier had ingested kale were grimacing while those who had eaten a carrot looked like they were laughing!

Co-author of the study, Nadja Reissland said, “We are the first ones who could actually show on an ultrasound scan the facial expressions in relation to the food which the mother has just consumed.”

The fetuses in the study were an average of  32 to 36 weeks gestation, a full-term pregnancy usually lasts about 40 weeks.

Reissland said the facial reactions of the fetuses are similar to what children and adults make when they taste something bitter. But it is not known whether fetuses experience emotions and dislikes in a similar manner. Reissland explained, “might be just the muscle movements which are reacting to a bitter flavor.”

But she did clarify that fetuses can make facial expressions, saying, “If you look at it from 24 to 36 weeks’ gestation, their expressions become more and more complex.”

Dr. Daniel Robinson, an associate professor of neonatology at Northwestern University Feinberg School of Medicine, who is not associated with this study went to caution people looking at the results to not assume this means fetuses are displaying happiness or distaste.

He went on to explain, “there is the notion that newborns and infants will have a preference for sweeter flavors, and there are evolutionary ideas behind that.”

The study hopes to shed a light on exposure of flavors in the womb and how they affect eating habits later in life according to Reissland.

Robinson explained that there is already an explained relationship between a child being exposed to different flavors early in life and their enjoyment of those flavors later in life.

Reissland said the study might show that mothers who maintain a healthy diet during pregnancy might find that their children are not fussy eaters.

“If we can actually get [children] to like green vegetables and to perhaps not like sweets that much, it might help with regard to their weight gain and their weight balance,” Reissland said.

This is such an interesting study and the findings are incredibly surprising. Who knew that fetuses could make facial reactions that too in response to food?

Be sure to share this article with your friends and family so they can learn about this fantastic new scientific discovery as well!