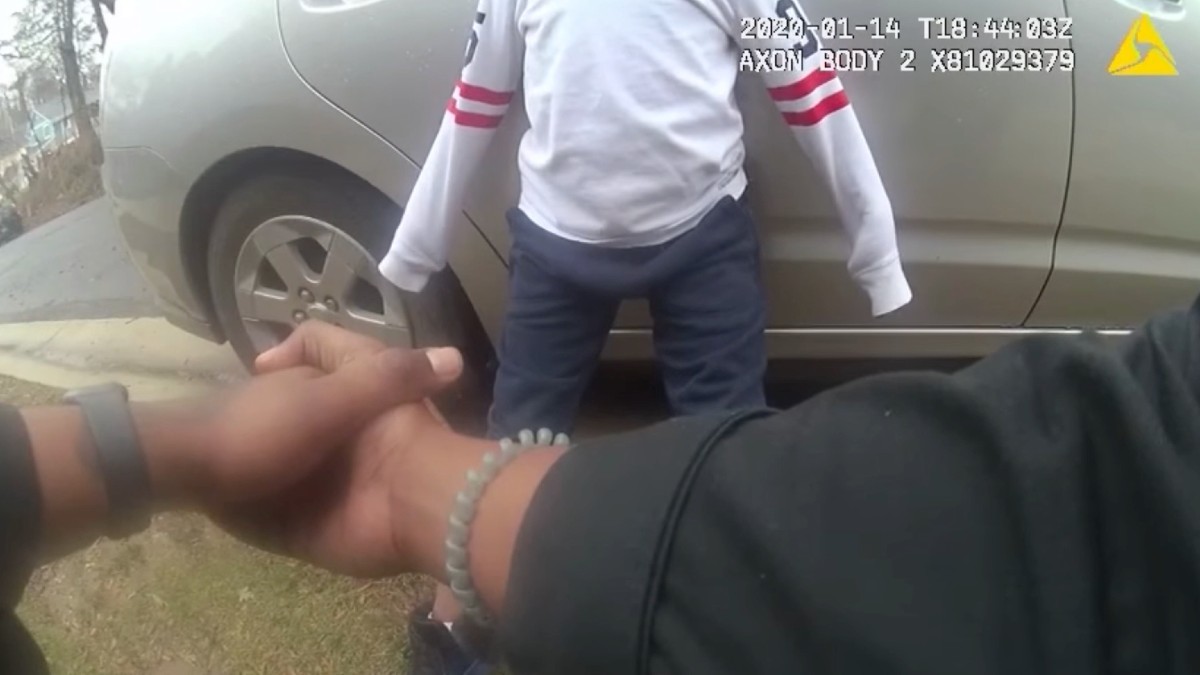 A police department in Maryland has released some disturbing body camera footage from an incident that occurred in January 2020.

The footage shows two police officers with the Montgomery County Police Department scold a 5-year-old boy who had walked away from his school.

The boy’s mother, Shanta Grant, has since filed a lawsuit over the incident, and attorneys, Matthew Bennett and James Papirmeister, noted that she “hopes that the incident will lead to changes in policy and training, both with the school and the police.”

According to The Washington Post, the incident occurred on January 14, 2020 when Grant’s son walked out of East Silver Spring Elementary School. The police were called and were able to locate him.

Kevin Christmon, one of the responding officers, almost immediately began to lose his patience with the child, according to the body camera footage.

At one point the boy began to cry, fearful that he was being taken to jail, and Christmon did nothing to help calm him. Instead, he said, “I don’t care. You don’t make that decision for yourself!”

“Christmon’s tone and demeanor directed at [the child] was more befitting a criminal rather than a scared five-year-old,” Bennett and Papirmeister said.

“Shut that noise up now!” Holliday said after the police and a school administrator brought the child back to school. “I hope your momma let me beat you.”

One of the officers threatened the boy with handcuffs and continued discussing his behavior and how he deserved a “spanking” in front of him while a school administrator spoke to his mother on the phone.

Warning: Some may find the contents of this video disturbing.

As a result of the incident, “he has nightmares,” Bennett said. “He’s scared of the police now. It’s very upsetting for him.”

The officers involved were part of an internal investigation, however upon completion, they remained employed.

According to ABC News, Montgomery County Executive Marc Elrich urged the county’s police chief to look into how police officers are trained to handle children.

“Our police officers are not social workers, psychologists, or therapists and should not be giving advice or direction on parenting. Police duties should end as soon as school personnel are present to take over care of a child,” he said.

“We all saw a little boy be mocked, degraded, put in the seat of a police car, screamed at from the top of an adult police officer’s lungs, inches from his face. This is violence,” Montgomery County Council member Will Jawando said.

There is no excuse for the way this situation was handled. A police officer should never threatened or berate a child like this, and if they do there should be consequences.