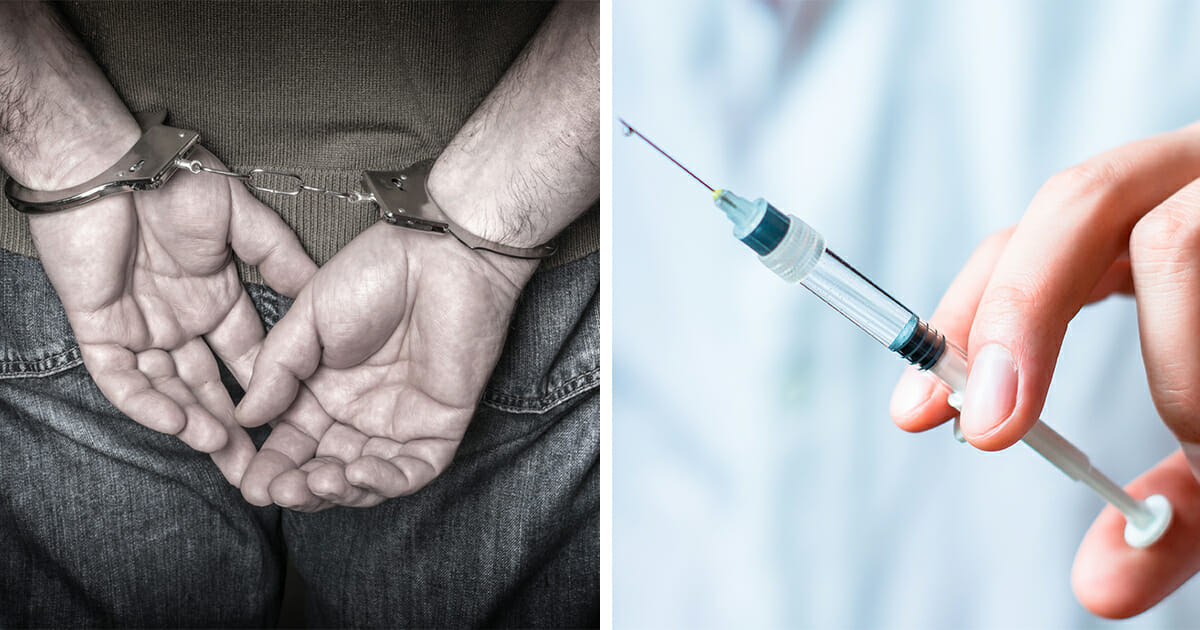 Many are those who believe current punishments for child sex offenders aren’t harsh enough.

Well, that looks set to change in Alabama, with convicted child sex offenders to be given drugs to suppress their sexual urges.

That’s under new legislation sent to Gov. Kay Ivey for approval on May 31. House Bill 379, legislating mandatory chemical castration for anyone eligible for parole and convicted of a sex offense involving someone 13-years-old or younger, was passed by Alabama lawmakers in what could prove to be a controversial move.

It’s important to note at this point that chemical castration differs from surgical castration (the literal removal of one’s genitals), in that it works by suppressing sexual urges through blocking the production of testosterone and hormones.

According to the New York Post, child sex offenders will have to take the necessary drugs as a condition of their parole under the new bill.

Should said offenders refuse the medication, they will be considered in violation of their parole and immediately taken back into custody.

An Alabama lawmaker has a plan to permanently and physically punish someone convicted of certain sex offenses against children. The bill, known as HB 379, would make those sex offenders have to undergo chemical castration before they leave prison. https://t.co/qaiCaGdulL

The bill, passed by both the House (72 votes for and 16 against) and Senate (27 for unopposed), reads: “This bill would require the parolee to pay for the cost of the treatment, provided the bill would prohibit a person from being denied parole because of indigency.

“If a person is ordered to undergo chemical castration treatment as a condition of parole, and the person refuses to undergo the treatment, his or her refusal would constitute a violation of parole and would result in the person being remanded to the custody of the Department of Corrections.”

Speaking to a Fox affiliate, State Rep. Allen Treadaway said he was backing the bill in order to ensure public safety.

“Any action that we can take against a child molester that would prevent them from ever committing this type of crime again, I support, including chemical castration,” he is quoted as saying.

“I think this bill is one of those steps to ensure public safety.”

What do you think? Is chemical castration the right way to go to ensure the safety of the nation’s children? Let us know in the comments box below.

Meanwhile, share this article if you think there should be harsher sentences for convicted child sex offenders.