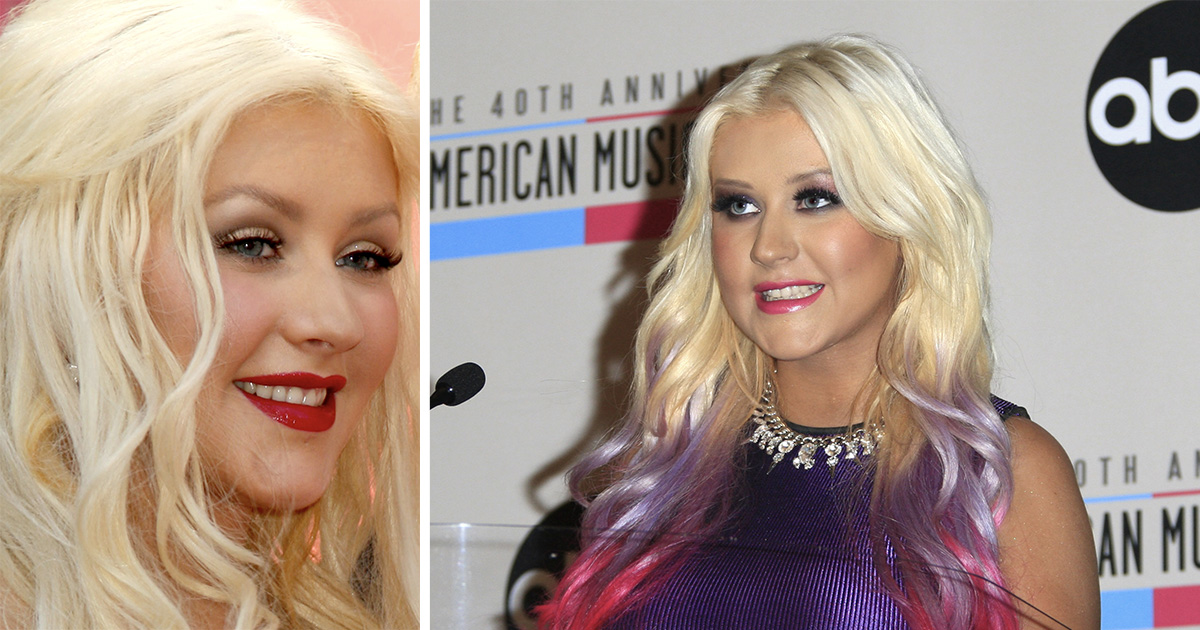 Christina Aguilera was only a child when she became a celebrity. The celebrated singer has gone on to have a successful career, and at 39, she’s a mother and a true music icon.

However, Christina has had to navigate the darker sides of celebrity life. She battled several challenges for a long time, before one day deciding enough was enough. Following several changes in her life, she looks more stunning than ever!

Christina was only 20 years of age when she won her first Grammy Award. It’s hard to imagine, but at that point she had already been in the business for several years, growing into a pop star and accepting everything that comes with it.

At the same time as she’s been praised for her music, many have also said she’s been provocative with her music and looks. One things for sure; Christina Aguilera has always taken her own path, and today, the 39-year-old has grown into a stable musician and loving mother.

She’s also gone through some big changes in her life, incorporating a diet and more exercise, whilst losing a massive amount in weight.

This is the story of Christina Aguilera, the pop star that has grown up in the music business.

Christina Aguilera was born on Dec 18, 1980 in Staten Island, New York. From a young age, Christina lived in a home where there was trouble. Her father – who was a sergeant in the US Army – was reportedly very harsh on her mother.

At the age of six, her mom decided that enough was enough, ending the marriage and moving to Rochester, Pennsylvania with Christina and her younger sister Rachel.

Christina has stood up against men all her life. She described her father as being very dominant over her mother, and she promised herself that no man would ever do the same to her.

Her entering the music business changed it all. As she says, she lacked any “strong women” around her, and so being small or helpless had to be accepted.

Christina became interested in music at a very young age. She already had musical excellence in her family, since her mother, Shelly Loraine Fidler, was a violinist and pianist. Aguilera’s love of music ran deep, though, and in elementary school she entered local talent shows and sang everywhere she went.

At nine years of age, Aguilera entered national television show Star Search. She sang a wonderful cover of Etta James’ A Sunday Kind of Love, and placed second in the competition.

A couple of years later, she got a part as “Mouseketeer” on The All New Mickey Mouse Club, starring alongside fellow future stars such as Britney Spears, Justin Timberlake and Ryan Gosling. Following two years at the show, Aguilera moved to Japan with her mother, where she recorded her first single All I Wanna Do together with Japanese pop star Keizo Nakanishi. The single? It became a huge hit!

Christina Aguilera was just a child at the time. But at this point, she was on her way to stardom, grabbing herself a slice of the pie that was the music business.

Following the Japan recordings, her career moved at the speed of sound. She sang Reflection – the soundtrack of the film Mulan – and afterwards Christina signed with RCA Records and released her debut album, Christina Aguilera in 1999.

The album included hits like Genie in a Bottle, and the album went on to sell over eight million copies. The following year, she won a Grammy Award for Best New Artist.

In 2002, she had a big hit with the classic cover of Lady Marmalade, which was really a turning point. The teen pop idol had become a woman.

“I was feeling a sense of rebellion,” she remembers. “Freed from the formulaic experience, I just threw out anything I felt was a little plastic or a little stale or was eating me up with superficiality.”

The song Dirrty was a smash-hit on her album , but at the same time, many criticized her for it. People didn’t think it was appropriate for the former “Mousekeeter” to sing as she did, and critics also compared her to the image of a hooker. On Saturday Night Live, they even spoofed her Dirrty video with words like “whore”.

Critics and comedy shows making fun of her altered the real perception of who Christina really.

“I remember being hurt”

Speaking to Cosmopolitan, Aguilera recalled that male music executives didn’t even leave the room when she did clothes fittings, and people talked badly about women’s bodies even though she was sitting at the same table.

“It’s hard to hear yourself being called names,” she said. “I remember being hurt by these commercials on MTV, pitting Britney as the good girl and me as the bad girl. It’s like, if I’m going to be demure and innocent, that’s OK. But if I’m going to just be myself, I’m trouble.”

“I love the female body, and I think it’s something to be proud of, not something that men should dictate ownership of,” she says.

“Dirrty was extremely controversial at the time, but it would be nothing now. I hope I paved the way and helped set the ground rules that women can be any version of themselves they wanna be, and proud of it.”

Christina Aguilera wasn’t going to apologize over who she was.

She released the album Stripped in 2002, now boasting both piercings and tattoos, and didn’t care what people thought.

“I knew it was a bold move, and I knew a lot of people would not be ready for it,” the singer said of the album in an interview with The New York Times. “The great thing is that everyone, whether you loved it or hated it, had an opinion of the song, and everybody talked about it.”

Aside from Dirrty, the album also had songs like Beautiful and Makeover. Aguilera was nominated for 4 Grammy’s, winning Best Female Pop Vocal Performance for her song Beautiful.

Christina has since released three more studio albums, with the latest, Liberation, being released in 2018. The pop icon also made her film debut, starring alongside Cher in the musical Burlesque. She also wrote and recorded the minor hit song Show Me How You Burlesque for the film. Unfortunately, the movie wasn’t a big hit.

Christina has continued to shine across music, film and television. She’s been coaching on The Voice, and despite her celebrity engagements, she’s even found the time to be a mother.

The couple divorced in 2011, but not to long after, Aguilera became romantically involved with Matthew Rutler. The two lovebirds got engaged in 2014, and the same year had their daughter Summer Rain.

Aguilera and Rutler had initially wanted a more traditional name. But when their beloved daughter arrived, they thought outside the box.

“Summer is a time of spreading warmth and light,” she told People, as quoted by Access. “While rain washes away it replenishes and brings new life to allow growth and new beginnings. I wanted her name to be filled with inspiration, love and joy. And that’s exactly what she brings to all who encounter her.”

Every person goes through different stages in life, and things like one’s personality, weight, or inherent insecurities can get one down.

Christina Aguilera has struggled with anxiety over the years, and has had to adapt to navigate through the dark times. Always being at work and not really having a normal personal life doesn’t help.

“True beauty for me is the ability to know you and project what you are in an unmistakable light,” she said. “Not always pretty, far from perfect, but pure.”

Aguilera also gave some advice to others on how to try and battle anxiety or body image issues.

“Be kind to yourself, Aguilera said. “We are all walking on the path of inner research, it is our work as human beings and each one follows a different path, so it makes no sense to make comparisons, ‘Swim in your lane. If you waste time looking over your shoulder to see what others are doing, you lose sight of it,’ is the best advice I’ve ever been given.”

Christina’s been through a weight roller coaster over the course of her career, at the same time as battling her anxiety.

In 2013, she went on a diet, US Magazine reported. The same year, during a press event for The Voice, Aguilera revealed her major weight loss and new figure. She had started exercising more and doing strength work. As sources explained, it was “more of a mind-body thing” for her.

To be clear, being very skinny or having a fit body doesn’t mean you feel happy. The most important thing is to be comfortable and accept yourself for who you are. Don’t let other people’s values or ideas of “the perfect body” affect you.

“I don’t weigh myself. What looks good on one person might not look good on another body type,” Aguilera said, as quoted by Stylecraze. “I happen to be very confident in my own skin. It takes time to get to that place. But, it’s all about embracing yourself and your body type.”

“I’m not going on a diet, get over it,” she told L’Officiel Italia. “Each of us is an individual and people judge you based on your differences, on what makes you unique. You have to accept that beauty and to hell with everything else.”

Christina Aguilera truly is a role model for many. First of all, growing up in the music business, she really went her own way and wouldn’t let music executives stand in her way just because she was a woman.

Secondly, we love her dearly because of her way of looking at her body, and letting others know that they are beautiful no matter what other people say.