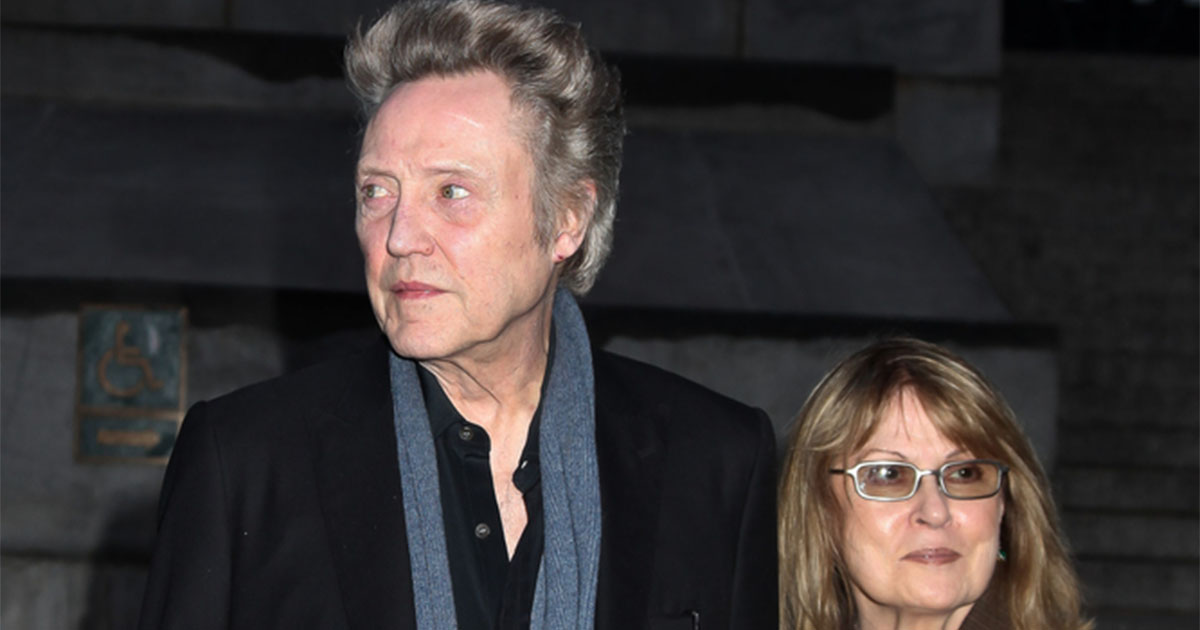 While Hollywood movies have given us so many love stories that are for the ages, most celebrity couples in real life are far from what we see on screen.

Divorce is not unheard of for most celebrities but there are of course, always exceptions to this rule. This is the story of legendary actor Christopher Walken and his wife Georgianne Walken, two people who have defied the odds.

Georgianne Walken was a casting director when she met Christopher Walken as they were working together. It was an instant connection that has lasted over half a century at this point.

The couple met in 1963 during a theatre tour of West Side Story. The two of them portrayed a couple for the production and slowly but surely fell for one another during the process. Georgianne recalls that she knew pretty soon that Christopher was the only man for her and the couple wed one another just a short six years after that.

“When [I] met him, [I] knew he had a future. He was good and was [going to] be better. It was a very compelling idea, and I had never met anybody like that in my life,” Georgianne said of their meeting.

She decided to get a stable job so Christopher could focus on acting without having to worry about money. Luckily, her job landed her in Hollywood once again, this time, however, she was behind the camera. She became a casting director and in this point of her career has about a 100 movies and shows under her belt. One of these shows include The Sopranos, which even led her to win an Emmy Award!

Christopher was also successful in his acting career. He has an Academy Award for Best Supporting Actor for his role in The Deer Hunter and a BAFTA for his role in Catch Me If You Can.

The couple does not live a conventional life. While Georgianne is in charge of day-to-day things like paying bills and making sure her husband has spending money in his account, Christopher loves taking the lead in the kitchen with the cooking, especially when he is in-between acting projects. The talented actor has revealed that he enjoys memorizing his lines while he is cooking.

“My life is really quite conservative. I’ve been married nearly 50 years. I don’t have hobbies or children. I don’t much care to travel. I’ve never had a big social life. I just stay at home, except when I go to work. So, in that sense, I’m a regular guy,” Walken has said.

The couple does not have any children and it was a decision they both made after a lot of thinking. Walken has said over the years that his career meant more to him than being a father. He knew if he had children, he would have to prioritize his family and could not spend as much time as he did filming. He saw what happened to other actors who had families, they were not able to give their craft the time it needed.

“I’m sure many of the kids I knew as a child would have continued in show business, but they had kids of their own, had to do something dependable. I didn’t, so I could get by even in periods of unemployment,” Walken said.

While they do not have kids, the Walkens dote on their furry friends. The couple had two adorable cats for a long time, Bowtie and Flapjack. While Flapjack has passed away, Bowtie still remains a necessary member of their household.

Walken has often talked about how much he likes his pet cats, and adores going home and see them running toward him as soon as he opens the door.

Christopher and Georgianne split their time between their two homes in Connecticut and New York. The two of them try to spend as much time as possible in their farm in Wilton, Connecticut. They try to be there whenever they are not working.

Their flat in New York is not one Christopher personally likes because he prefers the space and land the Connecticut property provides him as compared to the New York one.

Having been married for almost 53 years and loved each other for 59 years, they have built quite a strong foundation for their marriage. While the couple does not have children, they still live a very content and full life with one another. They have found their own rhythm and balance when it comes to dividing responsibilities.

What an interesting life they have built together. We wish them many more years of happiness!

Share this article with your friends and family so they can know about Christopher Walken’s different take on marriage and life!