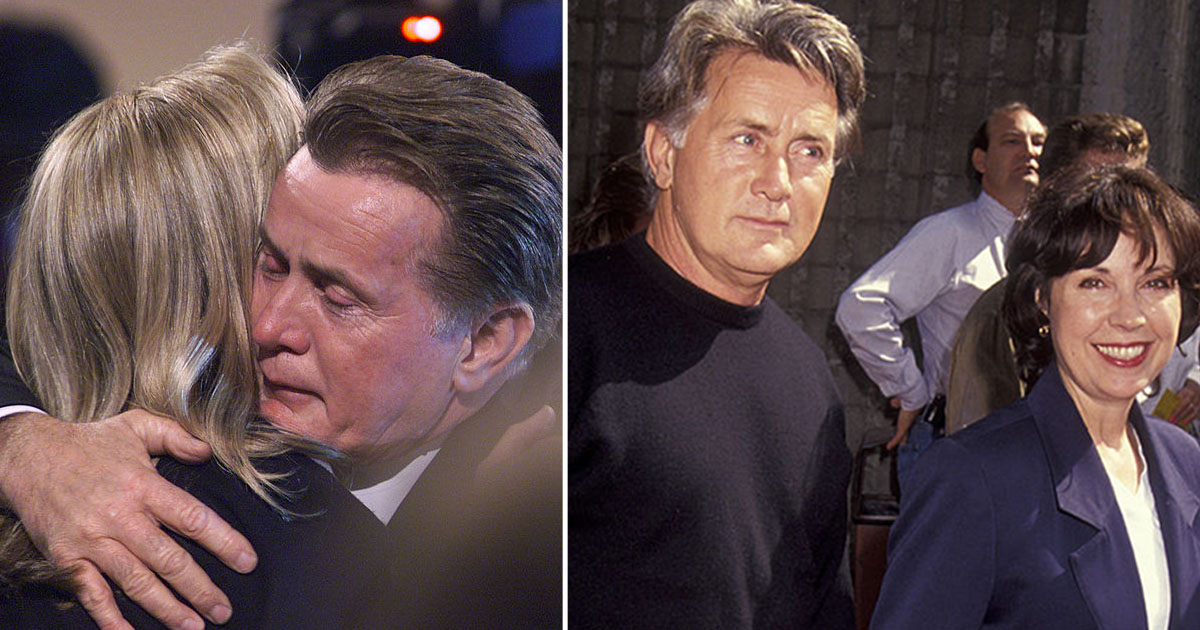 Martin Sheen and Janet Sheen are one of those rare Hollywood couples that not only make it but also set an example that others should follow.

They have been married for over 60 years and stood by each other in sickness and in health; completely making sure they honor their wedding vows.

Many people might not know this but Martin Sheen’s name given at birth was Ramón Antonio Gerardo Estévez. A child of an Irish and Spanish immigrant, he has made quite a successful career in Hollywood.

His roles in the films, “Mission Impossible,” “Hawaii Five-O,” and “The American President,” are very iconic and critically acclaimed. But it was his role as Captain Benjamin Willard in the 1979 epic war drama “Apocalypse Now,” that put his in the middle of the public eye.

While he has over 60 acting credits to his name, and a very prolific and successful Hollywood career, that is not the only thing to boast about for Sheen. He also has had a successful and beautiful marriage to his wife, Janet Sheen.

The actor met his wife when he was just 20 years old and living in New York. Janet had just moved to the city, with scholarships to the Cleveland Institute of Art as well as Western Reserve University.

When the couple met she was a student at New School for Social Research on a scholarship as well. They met and instantly felt a connection and fell in love.

The couple was young and broke. Sometimes they barely had enough money for food and would often scrimp and save just for basic necessities. In the midst of their poverty, they found out that Janet was pregnant and decided to tie the knot on December 23, 1961. They had a modest reception after their nuptials at a local Jewish deli.

Despite how humble everything was, Sheen has always maintained it was perfect for him. He said, “I couldn’t have imagined a more perfect day.”

They welcomed their eldest child, Emilio in 1962. His eldest son followed in his father’s footsteps to Hollywood and played the iconic role of Andrew Clark on “The Breakfast Club” as well as later directing quite a few notable projects.

Ramón Sheen followed as the couple’s second child in 1963. Ramón also tried to make a career in acting before founding the Estévez Sheen Productions along with his father in the early 2000s.

His third child Charlie Sheen, arrived in 1965 and is perhaps the most well-recognized of Martin Sheen’s children. Charlie is notorious in Hollywood for his bad-boy attitude. He has appeared alongside his father in the film “Wall Street.” His other acting credits include playing the role of Charlie Harper in “Two and a Half Men,” which was a big hit.

Two years after Charlie’s birth, the couple welcomed their only daughter Renée Estevez, who also followed her father and older brothers into a career as an actress in Hollywood.

Janet Sheen has also dabbled in acting with her most notable role in the 1983 mini-series “Kennedy.” But she has also notably worked behind the camera as a producer for the 1989 project “Beverly Hills Brats,” as well as serving as working as the executive producer for “The Way,” a film which featured her husband.

They seemingly lived the perfect Hollywood life. But at the end of the 1970s it all almost came crashing down. Martin Sheen was at the brink of death.

The story began when Sheen was in his thirties and shooting “Apocalypse Now” a major project he expected to catapult him into international fame. He woke up on their remote set location one day and could not even stand up. He dressed while laying on the floor and somehow dragged himself out to the road. He waited for someone to pass by and some crew did and picked him up.

Everyone saw Sheen and worried about his health. He then fell unconscious and thought this was it for him. The remote location caused panic in the cast and crew, but they fetched a local doctor to help stabilize what was a major heart attack and then airlifted him to a better equipped hospital. He was even given his last rites by a local priest because it was assumed he would not make it.

The actor later revealed that the role in the movie had taken a major psychological and physical toll on him. After he had been airlifted to a hospital in Manila, Janet arrived too. She reminded Sheen, “It’s only a movie, babe. Please, it’s only a movie!”

Apart from his heart attack, he also had a nervous breakdown. Throughout all of it, Janet never left his side for a second. Sheen recalls she had found a therapist in New York and made Sheen converse with him on the phone daily.

He recalled later, “I completely fell apart. My spirit was exposed. I cried and cried. I turned completely gray. I was in intensive care. Janet slept on the floor beside me.”

Sheen credits his wife immensely for his recovery, noting that she had been an important factor in bettering his health.

In December 2015, Sheen was reported to be admitted to a Los Angeles Hospital for quadruple bypass surgery — this was to be a heart surgery that would be performed so that blood flow to the heart could be improved.

His eldest son Emilio told the public not to worry since it was not an emergency situation but more a proactive one so that his father could be healthy. Sheen’s surgery was successful and he was recovering beautifully.

Emilio took to Facebook to update fans on his father’s health, he wrote, “Not surprisingly, he is recovering beautifully, out of the ICU, and is expected to not only be home for Christmas but be 100% by the time he returns to work on season three of the Netflix series, ‘Grace and Frankie’ early next year.”

He later revealed that his wife, as always has stuck by him and made sure he had everything he needed to feel better. She made him laugh even in the more serious situations and reminded him to take it easy.

The actor is always one to praise his wife publicly. But he revealed they do not fuss over things like anniversaries and only celebrate them when their children or grandchildren insist. The reason for that is that he believes, “Every day is a celebration with this dame.”

The secret to their long and happy marriage perhaps is that they keep surprising one another. Sheen once said, “And that’s the relationship. I honestly don’t have a clue who [Janet] is because when I get to the point where I’ve caught up with her, she’s gone.”

These two surely make such a wonderful couple. Everyone deserves love like this in their lifetime. We are sending the Sheen family our best wishes!

Share this inspiring article of a healthy and happy marriage with your friends and family.