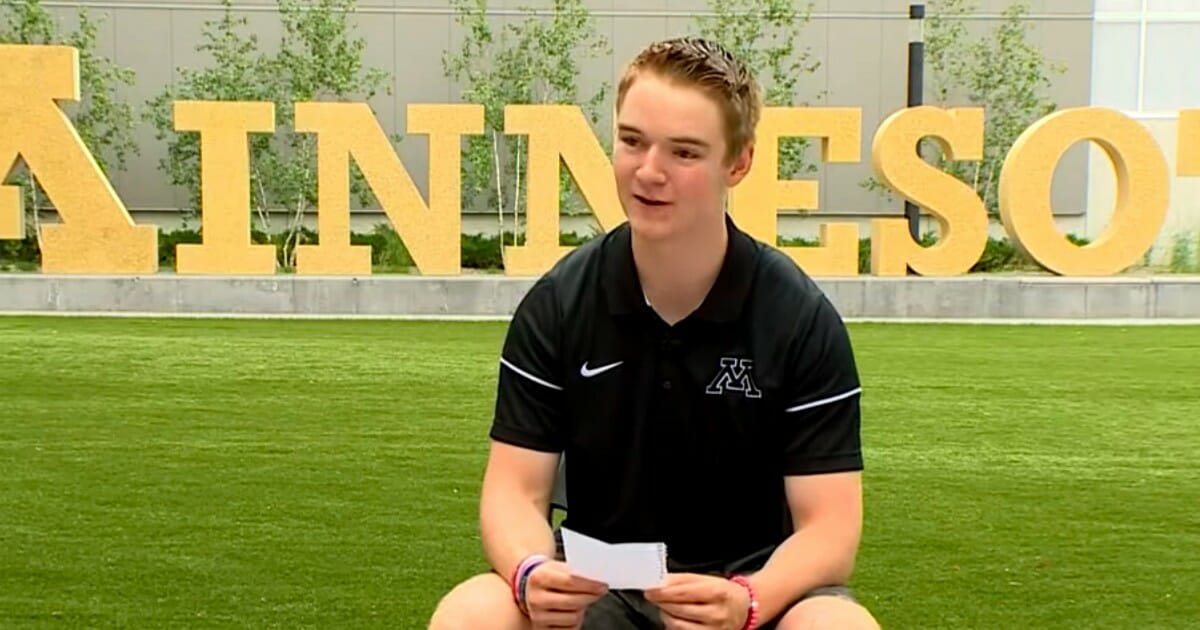 Surviving cancer once is an extraordinary battle worth celebrating. Beating it a second time, a miracle. But a third, fourth, or a fifth time? It’s almost unheard of!

Recently, Casey O’Brien a sophomore at the University of Minnesota shared some exciting news on Twitter.

O’Brien’s most recent chemotherapy session marked the end of his fifth battle with cancer.

When he was 13 years old, O’Brien was diagnosed with osteosarcoma. Since then he’s battled bone cancer five times. Each time he fought back, even after numerous rounds of chemotherapy and procedures on his lungs.

Despite battling the disease at different points in his life, O’Brien still managed to play sports in both high school and college.

On October 19, 2019, O’Brien made his debut for the Minnesota Golden Gophers.

“Three-hundred nights in the hospital, surgeries, chemo, everything like that — I just kind of walk in myself through my life and everything that went into being in this moment,” O’Brien, who was a walk-on, told ESPN’s College GameDay.

However, in November he revealed troubling news. During his three-month scans, his doctors found a small spot on his lungs and would need surgery.

The surgery was a success and after more chemotherapy, he announced on May 8 that he was cancer-free for the fifth time!

“God has taken care of me again! Surrounded by all my HERO doctors and nurses.”

Share this to say a prayer that Casey never has to fight another battle with cancer ever again.