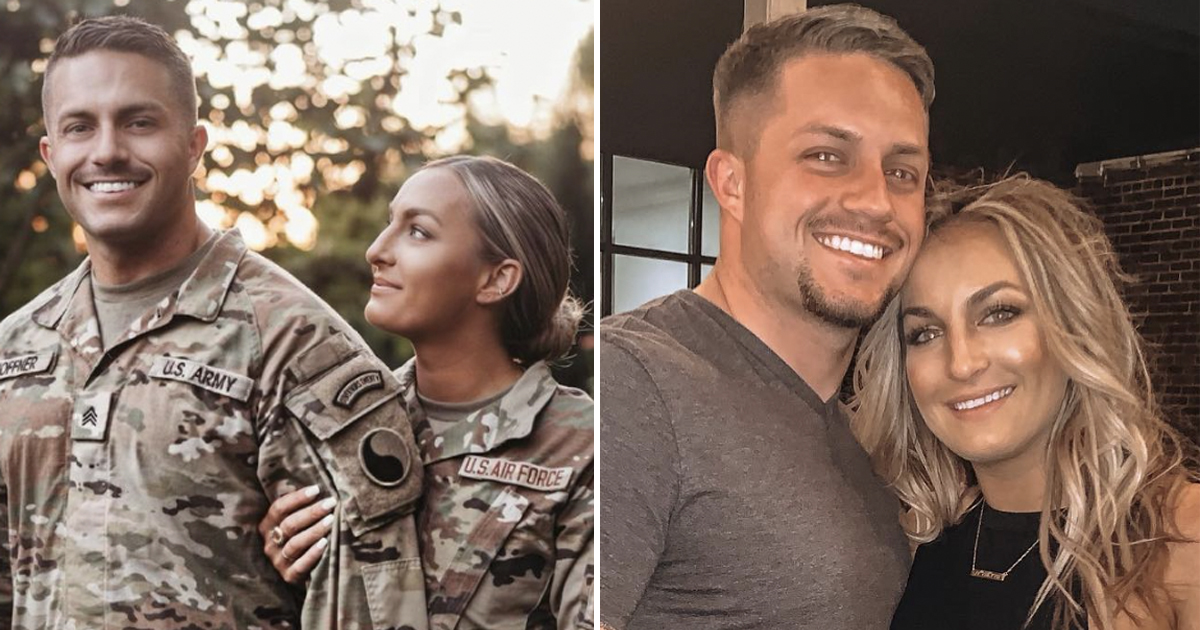 Life comes at you very unexpectedly. You never know what a certain day is going to bring. A young couple was on the side of the road when a car came barrelling towards them.

The quick-thinking husband pushed his wife out of the way and ended up saving her life. But he himself, was not that lucky…

It was about 11:17 p.m. when the crash took place. Both husband and wife were injured as a result of the crash, but Lucas suffered more serious injuries.

Matt Fagiana, who works for the Law Enforcement Executive Development Association revealed to the public that Lucas shoved his wife to the side, and bore more serious injuries as a result. Fagiana maintains that Lucas’ brave actions saved his wife’s life.

“Let’s start praying for our buddy. If anyone is deserving of a second chance at life, it’s this guy. He’s kind, he’s loyal, he’s funny and he’s as strong as a damn ox,” Fagiana said. “You got this Lucas and we are behind you and Nicole every step of the way.”

Nicole was rushed to Fort Sanders for a head CT and x-rays. While Lucas sustained serious injuries to his head and was admitted to the Transplant Intensive Care Unit at the UT Medical Center for treatment. Lucas was placed in a medically induced coma. Soon after, he was being weaned off the paralytic but was still kept sedated.

His wife Nicole sustained minor injuries in comparison to her husband Lucas. She was rallying behind him and supporting every aspect of his recovery. Their friends set up a GoFundMe page to help the couple with their medical expenses.

They set up a goal of  $100,000 of which over $93,000 was raised. Nicole thanked everyone who donated and helped them out, and even those who are praying for the young couple’s recovery.

After 23 days in his coma, Lucas finally woke up and was seen by doctors to be on the road to recovery. It has been reported that Lucas will now be headed to a rehabilitation facility in Atlanta to continue his recovery.

According to Nicole’s stories on Instagram, Lucas’ recovery seems to be going well. The ASCO deputy recently walked 200 steps at the rehabilitation center which was appreciated by his wife and celebrated by many people in their lives.

Lucas pushed his wife out of the way to save her life and sustained life-threatening injuries as a result. That is true love; a love that makes someone selfless.

Share Lucas Shoffner’s inspiring story with your friends and family!