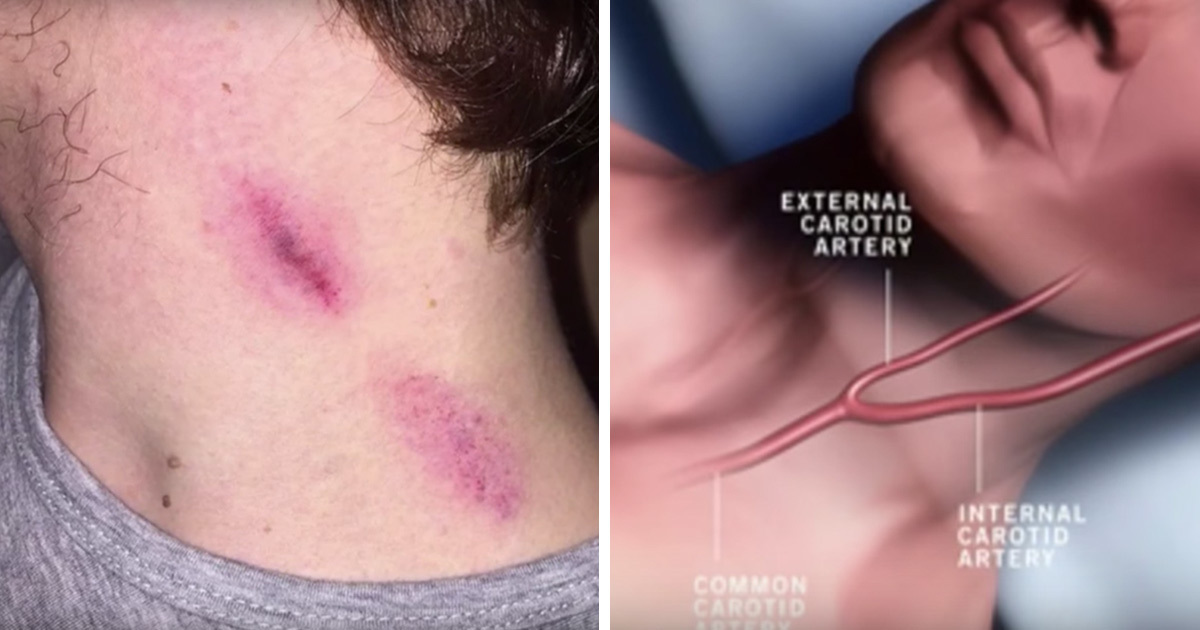 An incredibly tragic event occurred this week while 17-year-old Mexico City resident Julio Macias Gonzalez was eating dinner with his family. Without warning, the teenager started having convulsions and died shortly after, before emergency medical personnel arrived on the scene.

After doctors examined the boy, they came to a surprising conclusion. Gonzalez’s death was caused by a hickey he received earlier that day from his girlfriend.

CBS2’s resident physician, Dr. Max Gomez, decided to investigate for himself and now he’s warning parents about the issue. In the video below, Dr. Gomez explains that although it is extremely rare, hickeys performed too hard on the carotoid artery on the neck can cause blood clots, which would travel to the brain and lead to a stroke. This is what happened to Julio Macias Gonzalez.

Dr. Gomez says that teenagers should be careful about giving each other hickeys, especially if they have problems with their connective tissue, which in turn can lead to weakened arteries.

“If somebody were to press on or otherwise damage the neck in that area where the carotid artery is going, potentially, they could cause enough injury to tear the blood vessel and cause a blood clot to form that can then go to the brain and cause a stroke,” Dr. Mitchell Elkind tells CBS2.

Although the risk is small, Dr. Gomez says that parents should talk to their teenagers about this. The best prevention is of course to avoid giving or receiving hickeys altogether.

Please share this so more parents can hear this doctor’s warning.