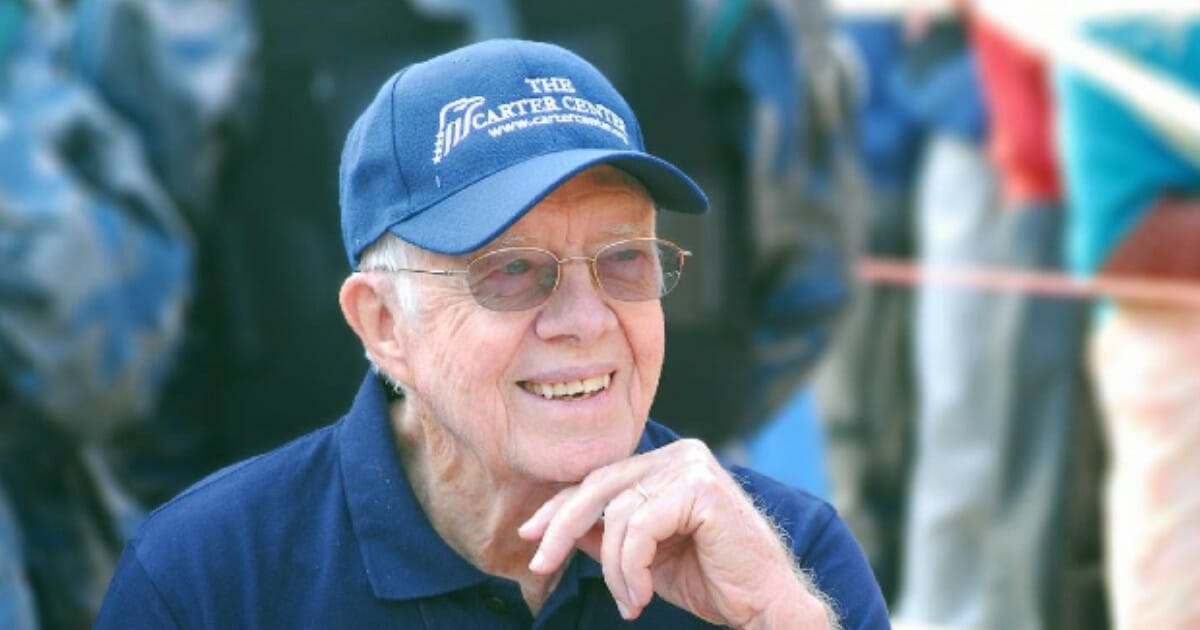 Former U.S. President Jimmy Carter is back in the hospital where he’s receiving treatment for a urinary tract infection. His latest hospital stay comes just a few days after a two-week stay at an Atlanta hospital.

Carter was admitted to Phoebe Sumter Medical Center in Americus, Georgia on Saturday, according to a statement by The Carter Center.

He is reportedly already feeling better and looking forward to returning to his home.

On November 11, Carter was admitted to Emory University Hospital in Atlanta for a procedure to relieve pressure on his brain. Following the procedure, which was a result of previous falls, the 95-year-old felt “fine” and was “only uncomfortable with the idea that he had to cancel his Sunday school appearance.”

Despite his age, he’s currently the oldest living former U.S. president, the 39th president continues to volunteer his time.

One day after he suffered a black eye and needed 14 stitches after falling in his home, Carter traveled to Nashville, Tennessee to build a house for Habitat for Humanity.

“I had a number one priority and that was to come to Nashville to build houses!” he said.

Share this to send positive thoughts to former President Carter. I wish you a speedy recovery!