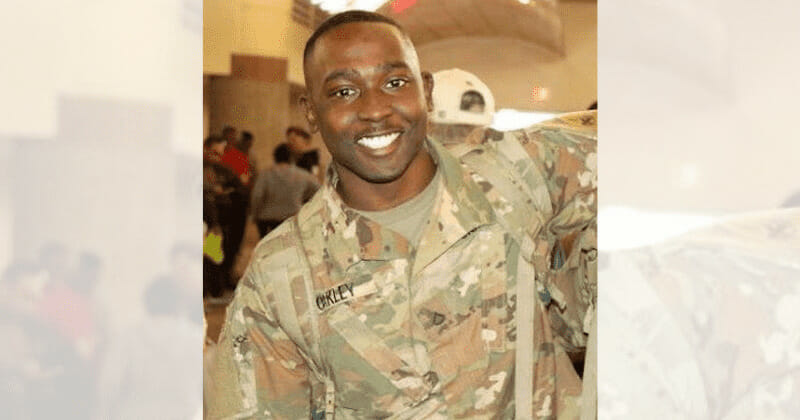 Last Saturday, Army Pfc. Glendon Oakley was shopping at Walmart in El Paso, Texas, when suddenly, a child came into the store and shouted there was a shooter.

No one seemed to care about the little boy, but then Oakley realized the kid was right.

”I just heard two gunshots and a whole bunch of people started running around and screaming,” Oakley told CNN.

The horrendous mass shootings that occurred Saturday in El Paso and Dayton left the entire nation and world in shock. The heartbreaking images we have witnessed and the stories we have heard are hard to believe.

But out of this devastating madness, there have been stories of solidarity and people helping one another — even risking their lives for complete strangers.

An example of this is Army Pfc. Glendon Oakley.

Oakley, an Army automated logistics specialist, returned from Kuwait four months ago but last weekend he found himself armed once again, holding his own Glock while trying to make a run for the store’s exit.

According to Task & Purpose, Oakley found dozens of children in one of the store’s play areas, crying for their parents.

“I didn’t even think. I just grabbed as many kids as I could and ran five stores down to the exit,” he said.

Oakley and another man started corralling children. There were about 13 kids but Oakley could only carry three.

“I was just focused on the kids, I wasn’t really worried about myself. So just put my head down and just ran as fast as I could,” he said.

“They were anxious, when they were in my arms, they were trying to jump out of my arms but trying to keep them as tight as possible. They are kids, so they don’t understand what is going on.”

Soon, Oakley ran into police pointing their guns at him and the kids.

“I wasn't even worried about myself."

glendon oakley is a hero ? pic.twitter.com/qPJAfm7FL8

He said he let the kids go and pulled out his phone “in case they were going to shoot me and started recording while I was running.”

Oakley admitted to being scared for his life when the gunman opened fire at the Walmart, killing at least 22 people and sending bystanders to a nearby mall.

But he only did what he was supposed to do, according to himself. And he doesn’t want the limelight on him.

“I understand it was heroic, and I’m looked at as a hero for it, but that wasn’t the reason for me …,” he told KFOX as he broke down in tears Sunday.

Pfc. Glendon Oakley, a soldier stationed at Fort Bliss, helped children to safety inside Cielo Vista Mall after a gunman opened fire at the nearby Walmart.
Read more: https://t.co/qqbH92fTBC pic.twitter.com/sPV4zaGN0i

Thank you for saving those children and getting them out of harm’s way. Also thank you for your military service. We appreciate you very much.

This hero, Glendon Oakley, needs to be on the front page news because he saved kids’ lives during the mass shooting, thank you! Share away, people!