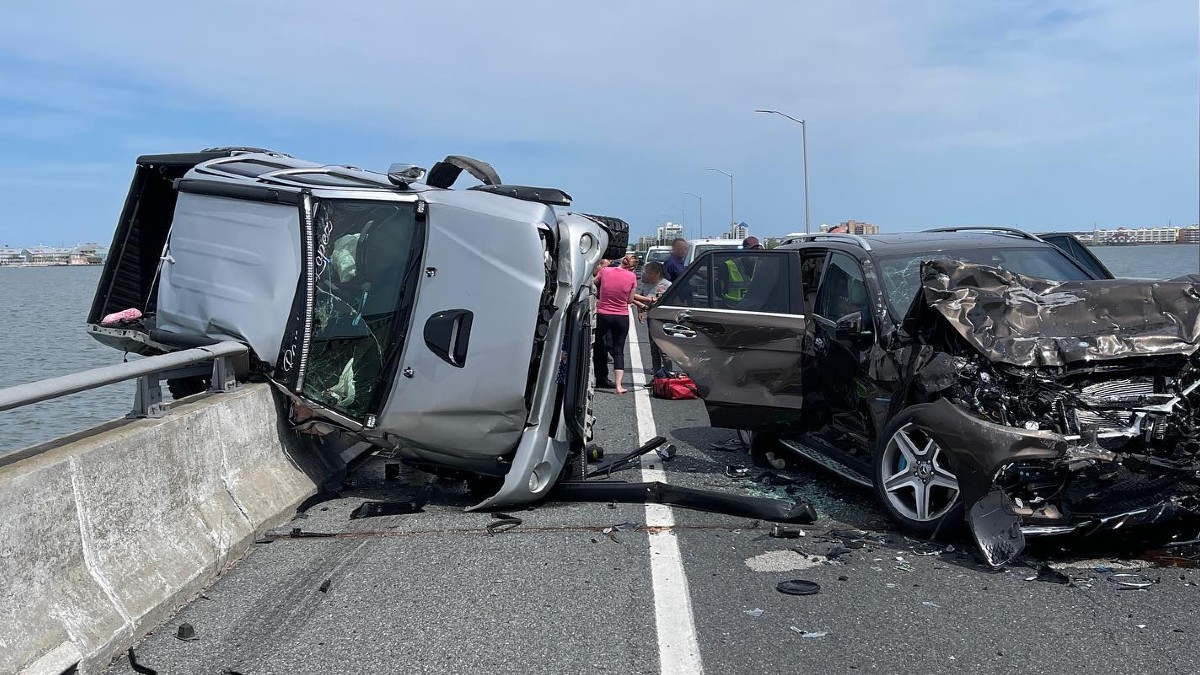 A frightening crash on a bridge in Ocean City, Maryland sent eight people, including an infant, to the hospital on Sunday.

The multi-vehicle crash left vehicle dangerously dangling over a guardrail.

According to officials, an infant was ejected from that vehicle and rescued from the Assawoman Bay when a quick-thinking Good Samaritan jumped from the bridge into the water.

WJZ reported that around 2:50 p.m. Ocean City fire and police units responded to a vehicle crash on the Route 90 bridge in Ocean City. When they arrived they found multiple people with injuries and one vehicle precariously teetering on the edge of the bridge’s guardrail.

During the crash, which is still under investigation, an infant was thrown from the vehicle that hung over the bridge, and landed in the water.

A Good Samaritan immediately jumped in after the child and according to Rob Korb, initiated CPR. The two were rescued by a nearby boater.

Firefighters quickly worked to secure the one vehicle while paramedics attended to the patients.

In total seven people were transported to area hospitals while the infant was flown to Johns Hopkins Children’s Hospital.

There is no word on the condition of the injured.

Thank you so much to the person who immediately stepped up and put their own life at risk to rescue another! You are a true hero!