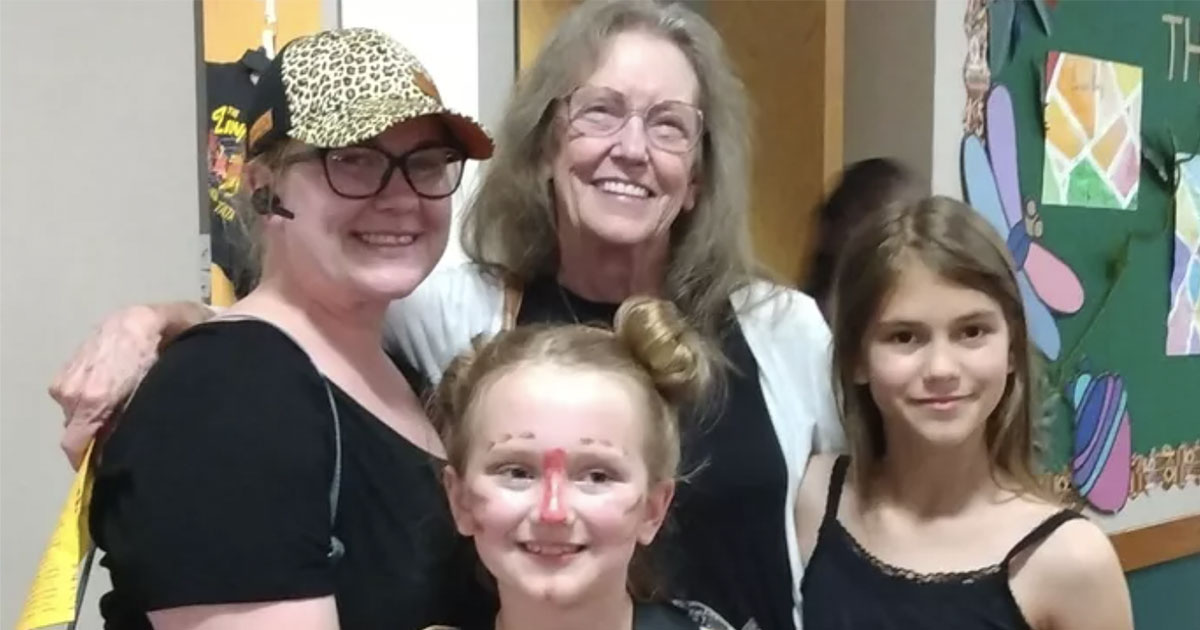 A family was preparing for and planning a birthday celebration. They had no idea the tragedy that was about to befall them and change their lives forever…

Christine Bright of Brownsburg, Indiana was excited to celebrate the birthday of her beloved granddaughter. Bright only has one daughter, Emilie Shea, and two granddaughters.

Right as they were about to leave, her two granddaughters insisted on taking their new dog Lilly along, to which their grandma agreed, not thinking much of it.

They reached the park and as Bright surveyed the venue to see if it would be perfect for her beloved granddaughter’s birthday party, she heard both her granddaughters scream.

She turned around to see that the dog had jumped into the creek nearby and was struggling to get to shore. And in an effort to rescue him, both the girls jumped in the water one after the other.

Bright immediately jumped into the water to rescue her granddaughters. She managed to make sure the girls were both safely at the shore but after she got out of the water herself, she collapsed. The girls frantically tried to wake their grandmother up but to no avail. After emergency services arrived, Bright was declared dead.

When Bright’s daughter was notified of the incident and her mother’s death, she was shocked. She considered her mother a hero, and was thankful she had rescued her daughters. She said, “I believe in my heart of hearts that if she had to make that same decision again, knowing the outcome, she would’ve made it.”

Her bereaved daughter said about her mother, “I don’t know anybody who could love greater than she did. Not just in death but in life.”

According to later investigation, it was determined that Bright’s jump into the water had triggered some sort of medical complication which ended up taking her life.

As for the puppy, there was a subsequent search for him and his body was found at the shore of the creek a few days after the incident.

Emilie Shea is currently expecting her third child, a boy. She is sad that her mother will not be around to love him as she loved her other grandchildren.

A GoFundMe page has been set up to help the family with, “bills, childcare, and counseling services for the granddaughters.”

It is so heartbreaking to know the loss this family is going through. We send them love and strength in this difficult time.

Share this story to keep Christine Bright’s memory alive by letting the world can know how selfless and brave she was.