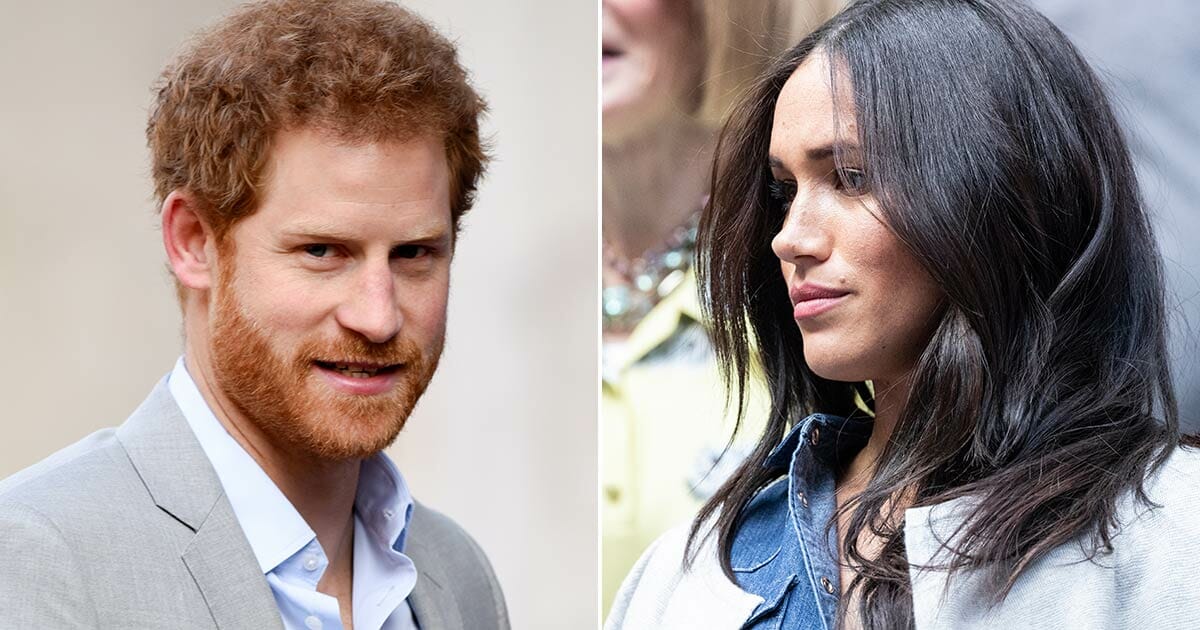 Prince Harry and Meghan Markle’s 2-hour long interview with Oprah Winfrey gripped millions of viewers. Nobody could have imagined the shocking revelations that the two would go on to expose.

Allegations of racism within the Palace, as well as Meghan’s admission of experiencing mental health issues and suicidal thoughts while pregnant with son Archie, dropped like a bomb, and made headlines all over the world.

Meghan Markle also raised eyebrows when she claimed she and Harry were married in secret three days before the wedding that was broadcasted around the world.

Now, for the first time, the man who married them, the archbishop of Canterbury, Justin Welby, has opened up and revealed what really happened.

“I would have committed a serious criminal offense,” he told Italian newspaper La Repubblica.

Oprah’s royal interview with Prince Harry and Meghan Markle aired in the beginning of March. The fallout was perhaps every bit as dramatic as the sit-down itself, especially from the world’s media, where opinions have been divided.

The conversation with Oprah included everything from accusations of racism against the British Royal Family, to mental health issues and Meghan’s suicidal thoughts.

“Three days before our wedding, we got married”

Another revelation that was brought up to see the light of day during the interview was the couple’s claim regarding a so-dubbed “secret” wedding.

Meghan Markle went as far as to claim that she and Harry actually got married in secret three days before the ceremonial extravaganza that people all over the world followed via their TV screens.

“Three days before our wedding, we got married,” Meghan revealed to Oprah.

“No one knows that, but we called the archbishop and we just said, ‘This thing, this spectacle is for the world, but we want our union between us.”

“So the vows that we have framed in our room are just the two of us in our backyard with the Archbishop of Canterbury,” she continued in the interview.

After the revelation, a barrage of questions emerged, with commentators questioning whether such a ceremony would have been legal, given that under English law it would need to have witnesses and take place in a registered venue, as per NBC News.

The day after the interview, a spokesperson denied the claims.

Recently, the couple admitted that a legal ceremony did not take place and a spokesperson for the royals said “the couple exchanged personal vows a few days before their official/legal wedding on May 19.”

The Church of England has declined to comment on the matter, but Reverend Canon Giles Fraser, the rector of St. Mary Newington church in London, told Business Insider that “it was probably a blessing. But they got married legally at Windsor.”

Royal wedding with millions of viewers

Almost 30 million Americans tuned into the watch, while 18 million watched in the U.K., falling short of the 24 million Brits that tuned in to watch Prince William marry Kate Middleton in 2011, according to CNBC.

Naturally, for Meghan and Harry to reveal they were already married was a huge blow to millions, and the claims left many confused.

Stephen Borton, the former official who issued the licence for the Sussexes’ wedding, rejected Meghan’s claim, saying she was “obviously confused and clearly misinformed.

Harry Benson, an official at the Marriage Foundation, said that Harry and Markle’s vow exchange likely wasn’t a legally-binding ceremony.

“While the archbishop might have been able to grant himself a special license in some circumstances, he may not have been able to overcome the legal need for weddings to be licensed to a building and to have two witnesses present, without which a wedding would not be ‘public’,” Benson said.

The archbishop of Canterbury opens up about royal wedding

Now, for the first time, the archbishop of Canterbury, Justin Welby, addressed the issue, publicly saying that the big Royal Wedding on May 19, 2018, was the real one.

He denied that he had consecrated Harry and Meghan in secret before the official broadcasted ceremony.

“The legal wedding was on the Saturday.

“I signed the wedding certificate, which is a legal document, and I would have committed a serious criminal offense if I signed it knowing it was false,” he told the Italian newspaper La Repubblica.

The archbishop, on the other hand, confirms that private meetings between him and the couple took place before the official ceremony.

“I had a number of private and pastoral meetings with the duke and duchess before the wedding,” he told La Repubblica.

However, the archbishop declined to comment on what these private meetings were actually about.

What do you think about Meghan Markle’s and Prince Harry’s small private ceremony?