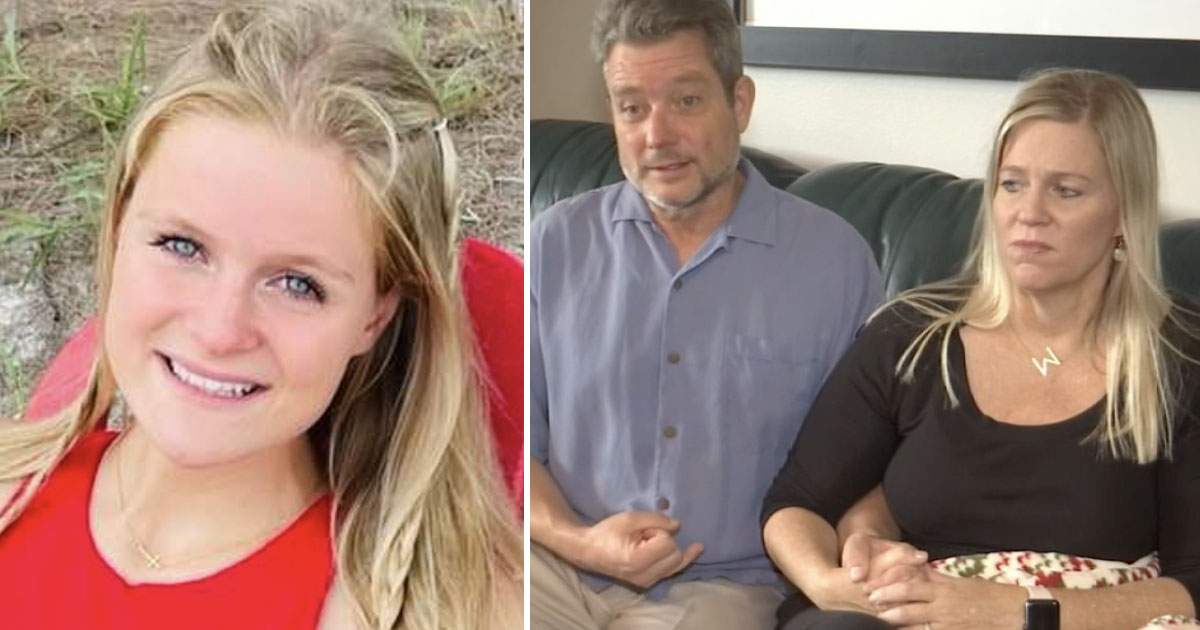 A young person taking their life is always heartbreaking. This 16-year-old was about to start her senior year of high school and had a promising future but unfortunately, her life was cut short…

16-year-old McKenna Brown was a star athlete in her community. She was about to begin her senior year at East Lake High, but she took her own life just a few days before her last year started.

McKenna was a goal for her ice-hockey team and is remembered as having a bright smile that never left her face.

Hunter Brown, McKenna’s father says his daughter’s heart was always open to anyone who might need help.

“Anybody that she felt was feeling left out, she went over, said, ‘Hello,’” her father shared. “She just she brought everybody in and connected everybody. She was the glue that held a lot of groups together, including our family.”

Her parents are heartbroken at the loss. They say their daughter was incredibly selfless and often put others’ needs before her own.

“She was broken. She was hurt. She was alone. She felt like she didn’t belong, but she chose to suffer in silence because she never said, ‘I need help,’” her grieving father said.

Her parents attribute a number of reasons why their daughter was having a hard time. McKenna went through issues with teenage relationships, female friendships, and cyberbullying in her freshman year which made things hard for her.

“She made a couple mistakes,” her father said, “It led to some physical, sexual, emotional abuse. She was blackmailed. She was bullied. She was betrayed by her best friend.”

While these issues understandably weighed heavily on their daughter, she found some solace in hockey. For the next two years of her high school life, she traveled the country to compete at the highest levels. Just weeks before her death, she was excited to learn that the University of South Florida was starting a woman’s hockey team, something she planned to do after high school.

On August 7, just days before school started, McKenna took her own life by committing suicide.

“It’s been total hell, and I know she’s all around us still, but she’s not here physically and that hurts,” her mother said.

Over 1000 people attended McKenna’s funeral, including the Palm Harbor Fire Rescue, where her father Hunter is a lieutenant.

Her parents are hoping their daughter’s story can help save lives. “If you’re aware of something that’s going on in your kid’s life that’s affecting another kid, you got to say something. You can’t just not say something. That’s not OK and that could’ve prevented this,” her mom said.

The Pinellas County Sheriff’s Office is actively investigating her case. Her parents also hope that McKenna’s story inspires teenagers to be kind and empathetic to everyone around them, including themselves.

“When you see somebody who is being ostracized or alone or just needs a little hug, pick me up,” her dad said, “you know, reach out to them.”

“Throw your arm around them,” her mom Cheryl added. “That’s what she did. And that is the McKenna way.”

Our hearts go out to the family and friends of McKenna Brown. It is an absolute tragedy to lose someone so young!