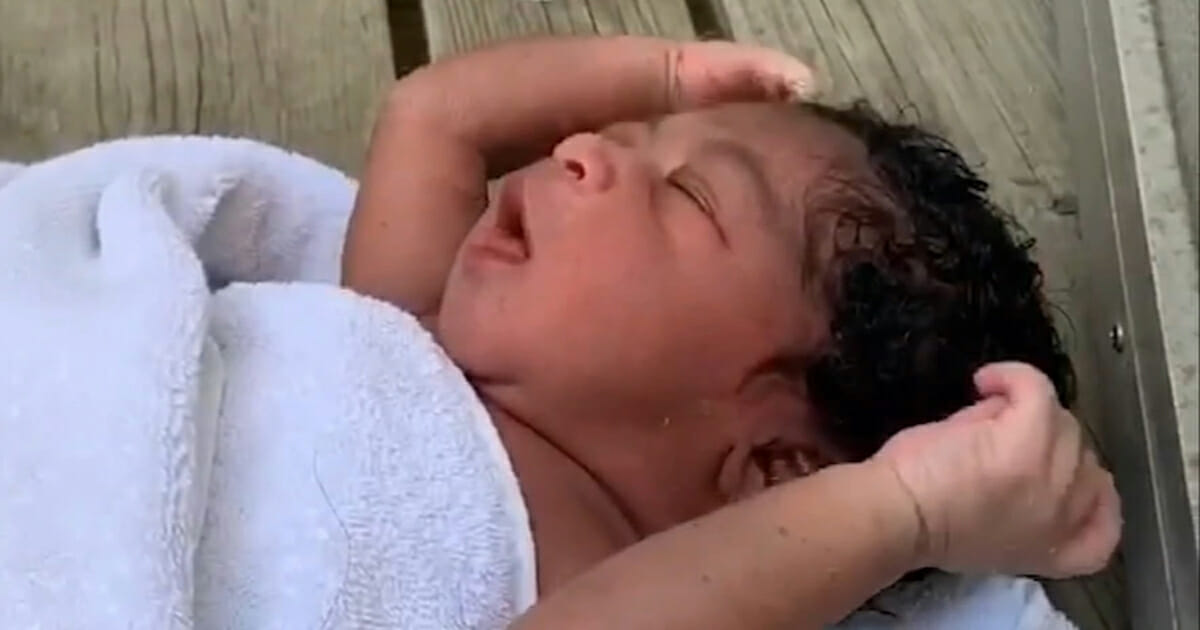 Police in Upper Darby, Pennsylvania are now asking for the public’s help after a newborn baby was found abandoned on Tuesday.

Police officials said that the hours-old newborn baby girl was left abandoned on the 100 block of Englewood Road.

According to reports, the baby was found wrapped in a little white blanket on a porch during Tuesday’s heatwave.

Terrell Phillips was the first one to make the shocking discovery.

“I picked it up and as I picked it up the towel was unraveling and I saw the baby still had the umbilical cord on it,” Phillips told ABC7.

Terrell Phillips found the baby. Here’s what he told me moments ago. @NBCPhiladelphia pic.twitter.com/Z0AV7g5eRa

The baby had been left on Phillips neighbor’s porch in the 100 blk Englewood.

“I thought it was some sort of animal or something in there at first but when I saw a little arm I walked over and saw the baby,” Phillips told NBC10.

Phillips called 911 and the police came and picked up the girl. She was taken to Delaware County Hospital and according to the police, the baby is doing fine.

WE NEED HELP locating the parents to get them the assistance that they need.

Mom, if you’re reading this, call us.

The police have no idea who left the baby there or where she was born. But the search for the child’s mother is now on and she could face charges of reckless endangerment.

“If somebody wants to drop off a child to a hospital or police station, as long as it’s not hurt and less than 28 days, you can do it without any criminality,” said Michael Chitwood, Upper Darby Police Superintendent.

I’m not going to judge, I don’t know the parents situation . I’m just so happy the baby was found unharmed and will have a chance at a happy life. God bless her .???