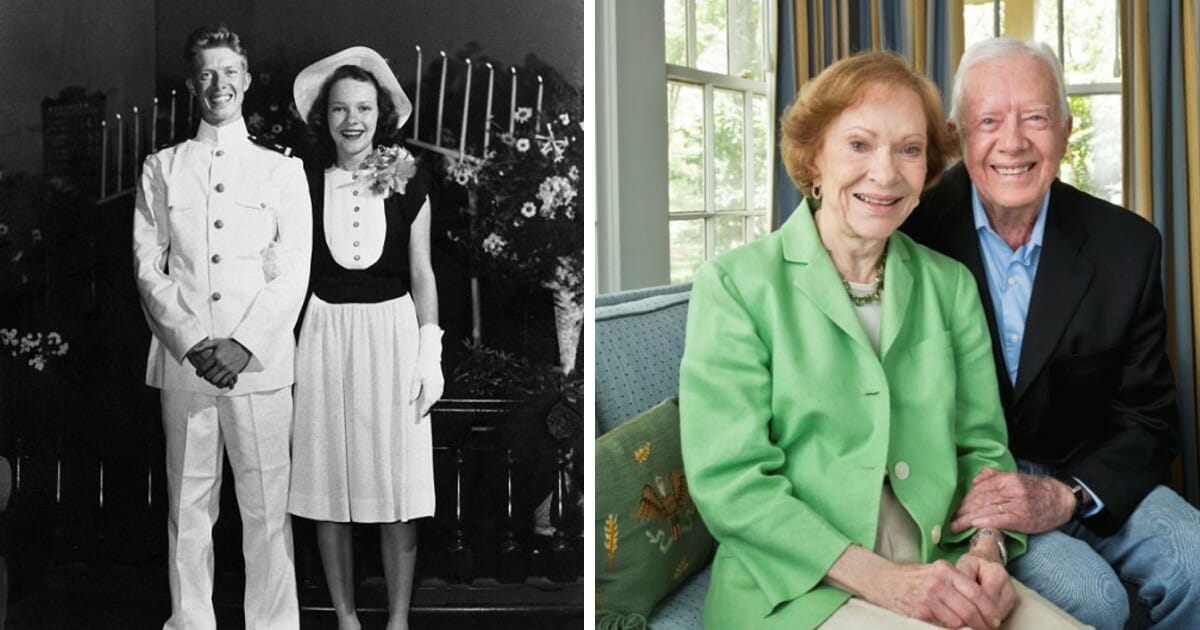 Jimmy and Rosalynn Carter are officially the longest-married presidential couple. The couple wed on July 7, 1946 in Plains, Georgia.

The former president was on a break from the U.S. Naval Academy when he met Eleanor Rosalynn Smith. The two went to the movies for the first date, and President Carter knew he had found his lifelong partner.

The two married one month after Rosalynn graduated college. She reportedly promised her father while he was on his deathbed that she wouldn’t marry before she finished school, and she made sure to keep her promise.

After more than seven decades, the Carters have found there are only a few rules to a happy marriage.

The two make sure to give other plenty of space.

They also have one rule that they refuse to break. The Carters never go to bed angry.

“We follow pretty meticulously, sometimes with great difficulty,” he said.

Their large family, 21 grandchildren and four children, often results in a lot of disagreements, but they make a point to resolve any arguments before they settle down for the night.

On President Carter’s 75th birthday, he said the best decision he ever made was “marrying Rosalynn.”

Congratulations to the happy couple. May you have many more years of love together.

Share this to wish President Carter and Rosalynn a happy anniversary!