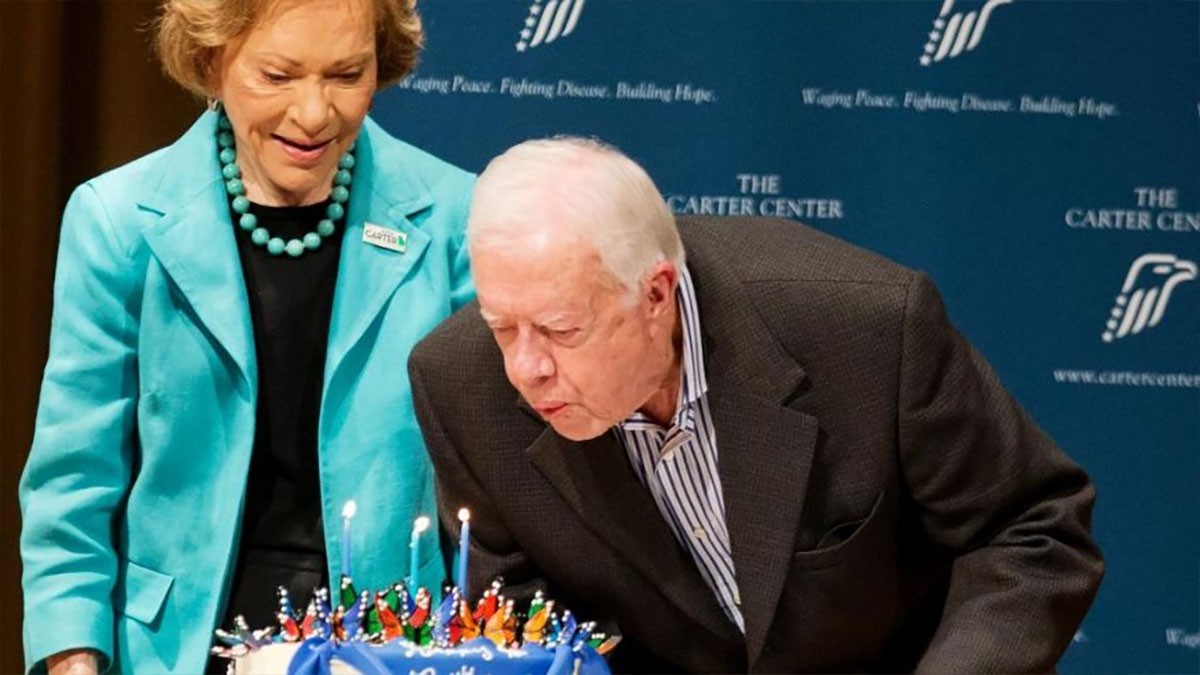 Former President Jimmy Carter has marked many milestones in his life but in just a few days he will become the oldest living president.

The 39th president of the United States marked the 40th anniversary of his inauguration in 2017 and celebrated his 74th wedding anniversary with wife Rosalynn Carter earlier this year.

On Oct. 1 he is turning 96 years old making him the longest-living former president in U.S history.

People all over the world are being invited to celebrate this special occasion by sending him a birthday message online through the Carter Center.

Born on October 1, 1924, in the Plains, Georgia hospital where his mother was a registered nurse, he was the first U.S. president to born in a hospital.

The humble former president has fought brain cancer after a form of melanoma spread to his brain and had his first radiation treatment at 90. Four months later he was declared cancer free.

He’s spent a lifetime in service as state senator and governor in Georgia before being elected president in 1977.

He, along with his wife Rosalynn, work tirelessly helping others through their work for the charity Habitat for Humanity helping to construct homes for people in need. He also continues to teach Sunday school lessons and courses at Emory University.

He received the Nobel Peace Prize in 2002, for work during and after his time in office.

He married Rosalynn on July 7, 1946 when he was 21 years old and she was 18, making them the longest-married presidential couple.

They have three sons, one daughter, eight grandsons, three granddaughters, and two great-grandsons.