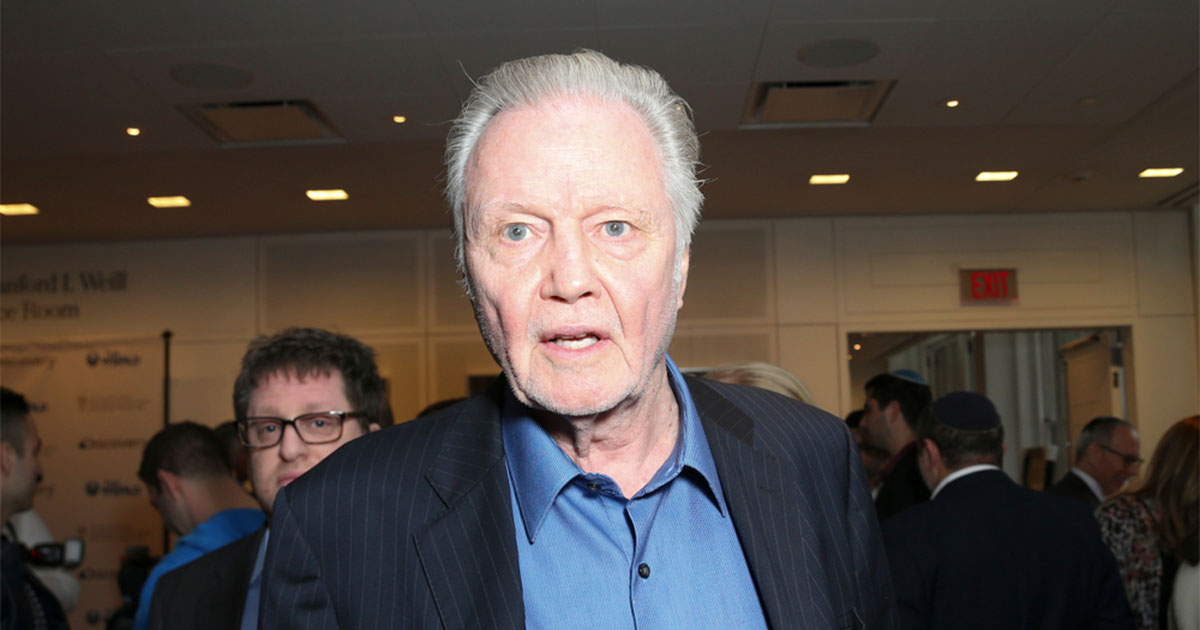 Jon Voight is no stranger to the limelight. The actor has been relevant all throughout his life. Apart from his own stardom, his children are famous as well.

His daughter, Angelina Jolie perhaps surpasses even him in her fame. But despite the similar careers they have, the duo share quite an uncomfortable relationship…

Jon Voight’s relationship with his daughter Angelia Jolie is famously very fractured. The actor used to cheat on Angelina’s mother quite a lot and now years later, puts himself to blame for his daughter’s “serious mental problems.”

“She was never normal,” Voight once said about her daughter, accepting some responsibility by adding that he never had reached out to her.

James Voight abandoned Angelina and her brother James ­Haven when both of them were very young, in fact, Angelina was only a baby. Voight had been cheating on their mother Marcheline Bertrand and then abruptly abandoned the family.

“Jon Voight was a terrible father to her back then. He cheated on her mother. Marcheline was broken-­hearted,” said Susan Margaret, the mother of a childhood friend of Jolie’s in an interview. “She told me Jon had emotionally abused her. She said he had a thing for a Hollywood starlet. Angelina had a difficult time growing up with what was going on. She has a lot of hostility toward her dad,” she went on to say.

Angelina’s brother James also spoke about his dad once saying that Voight put them through a lot. He said, “There was a lot of hurt and anger. He put my mum through years of mental abuse.”

In later years, Jolie talked about how her failed marriage affected her mother so greatly. She wrote a piece for The New York Times, in which she wrote, “When my father had an affair, it changed her life. It set her dream of family life ablaze. But she still loved being a mother.”

While Voight was absent for most of her childhood, the duo appeared together in the  2001 movie, Lara Croft: Tomb Raider together which surprised a lot of fans.

It seemed things had been going well because of their project together but then Voight said in an interview in 2002 that Jolie had “serious mental problems.”

This was after Jolie had publicly dropped ‘Voight’ as a last name.

In another interview her father talked about his relationship with her again, saying,  “I’ve had difficulty reaching her… She’s been staying away from me because she knows I’ve been trying to reach her to get help.”

He used the interview as an attempt to get through to her, saying, “I want to tell Angie that I love her and I want her to get the help she needs.”

Jolie was more subtle in her interviews, and in 2002 said,  “I don’t want to make public the reasons for my bad relationship with my father. I will only say that like every child, [James] and I would have loved to have had a warm and loving relationship with our dad. After all these years, I have determined that it is not healthy for me to be around my father, especially now that I am responsible for my own child.”

In 2008, an insider told the press that Voight was looking to reconnect with his children, the insider stated “As Jon grows older he’s realising the importance of family, and longs to be a part of his daughter and grandchildren’s lives. It breaks his heart to be kept away.”

“There’s nothing Jon wants more than to have his family back together again. It kills him to be shunned by his children. He’s willing to do whatever it takes to put this rift behind him,” another source added.

In the years that followed the two of them made some effort to be in each other’s life. Jolie said, “Jon and I have gotten to know each other — through grandchildren now — [and] we’re finding a new relationship.”

According to a source, Jon Voight is now a doting grandfather to all his grandchildren. The source said, “Jon dotes on his grandkids, he’s got pictures of them all over his house and office.” Adding further to the comment, “He’s stepped up in some incredible ways over the past few years and really been there for her and the kids.”

It seems like Jon Voight is making up for the mistakes of his youth and trying to make amends with his children. We wish them all the best in this journey!

Share this article with others so they can know more about their favorite Oscar-Winning father-daughter duo!