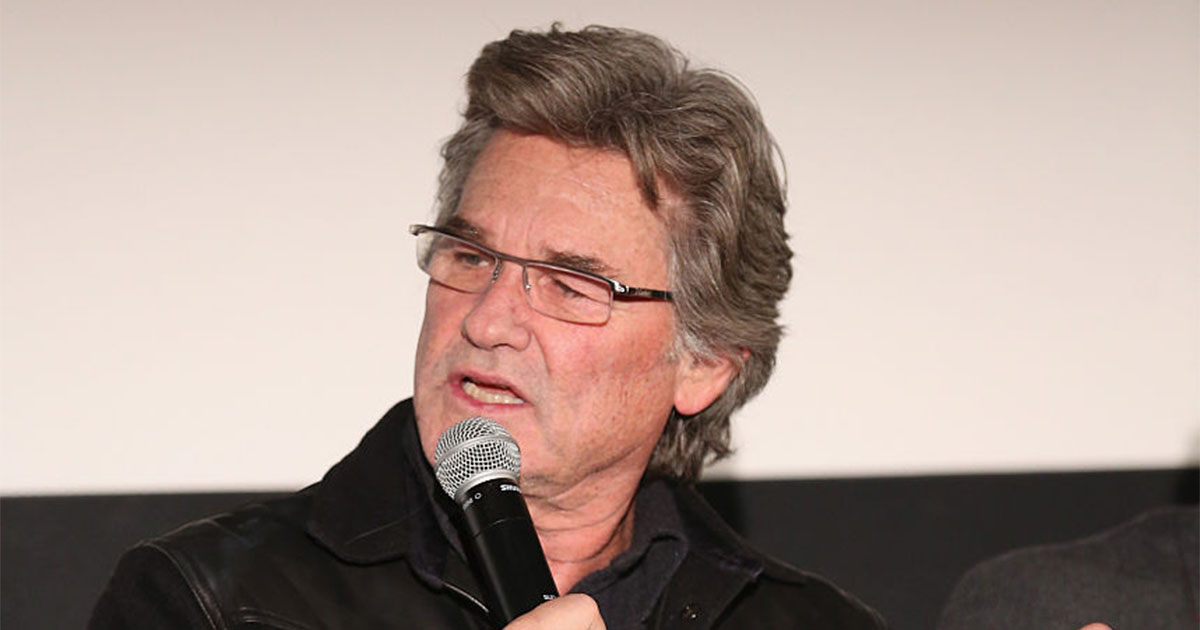 Kurt Russell is perhaps one of the most loved celebrities in Hollywood. His relationship with Goldie Hawn is idealized by thousands of people. And from the looks of it, the couple seems quite liberal.

And perhaps this is why Kurt’s conservative thoughts confused some people but the actor is sticking to his guns (quite literally) and not backing down!

Kurt Russell is a lovable guy and always stays out of the headlines for any controversies. But a stray comment caused him to be in the midst of one completely against his will.

The actor fully maintains that celebrities do not have any business in politics and should not be lecturing or imparting their opinions on the matter to the public.

Russell has however proudly identified himself as a “hardcore libertarian,” and has admitted that his political opinions vary greatly from others in Hollywood.

While the actor is careful not to get too political during his interviews, one reporter got a comment out of him on the divisive issue of gun control. Russell made a comment, “If you think gun control is going to change the terrorists’ point of view, I think you’re, like, out of your mind.”

When the reporter pointed out that gun control could stop mass shootings in schools, Russell doubled down on his answer and said, ‘They can also make a bomb pretty easily. So what? They can also get knives and stab you. What are you gonna do about that?” The actor was insistent that outlawing something was not the answer to the problem of mass shootings in the country.

The actor faced a lot of heat for his opinions. Later on he went to address the heat coming his way, he admitted he felt “ambushed” in the interview and “begrudgingly made comments” on gun control.

In subsequent interviews, the actor further explained his stance on gun control and talked about libertarianism. He talked about how he came about to being a libertarian. “When I was a young guy, I was finding myself not quite being able to see the things that were going on and buy into a political culture,” he said. “I didn’t know what to do, so I finally said, ‘Why don’t I go back and see what the Founding Fathers were all about, and see how that stacked up. Well, I found them and I found libertarianism. They were pretty radical guys, and damn smart, and I just believe in that old-time stuff and think they had great ideas.”

His views on libertarianism he reasoned, are what inform his views on gun control. “I think there’s a very strong reason the Founding Fathers had for the Second Amendment and that is that no government ever hasn’t had to fight its own people. I think that’s an important part of our existence,” Russell said.

Throughout his career, the actor has been very careful to keep his political views out of the public’s general consciousness. He has adamantly made sure he does not go to any political talkshows because according to him, “I don’t want to go on those shows and have someone think: ‘The last thing I want to do is watch Kurt Russell talk about sh*t that I don’t think he knows anything about.”

But after his comments caused such a reaction, he wanted to clear the air and talk about his core beliefs that he thought people had not understood. “I believe in limited Constitutional government, free market capitalism, reach for the brass ring,” the actor said. “There’s this place where you can go do that and don’t step on anybody’s toes and still try to reach for the brass ring.”

The actor revealed this was not the first time he was facing flack for his political views. Being in Hollywood, he is fully cognisant of the fact that his views on gun control are in the minority. He has even talked about how his views have alienated his colleagues towards him.

“I’ve heard some pretty rough things through the years that were really undeserved,” he shared. “But the number one thing was my case was worse, because I couldn’t say, ‘I’m a Republican, sorry.’ I wasn’t a Republican, I was worse: I was a hardcore libertarian.”

“I was brought up as a Republican, but when I realized that at the end of the day there wasn’t much difference between a Democrat and Republican, I became a libertarian,” Russell shared. The Backdraft star also believes there is a lot of fakery surrounding politics in Hollywood. “I’m not a Bill Maher libertarian,” Russell added. “That’s faux-libertarianism. He doesn’t know what it is. I like him, and he’s a nice guy, but seriously, that’s not libertarianism. The other thing I’ve found is that a lot of liberals in Hollywood are faux-liberals, and a lot of Republicans in Hollywood are faux-conservatives.”

He was used to having his views disliked and being a ‘persona non-grata’ because of it. “As the years have gone by, yes, I clearly at times was—at least in terms of ‘the hang’—politically persona non grata,” he divulged. “But I always had a good time talking about things with people. The thing people did get to know about me if they engaged me is that I’m fair, I’m pretty energetic, and I’m pretty knowledgeable. I don’t pop off without finding out about stuff—and I like finding out about stuff, and don’t have that much of an agenda about it.”

Kurt Russell is a Hollywood heavyweight and legend yet still faces opposition when it comes to his political views.

What do you think about Kurt Russell’s views on gun control? Let us know in the comments.

Share this article so your friends and family can learn more about Kurt Russell’s political views!