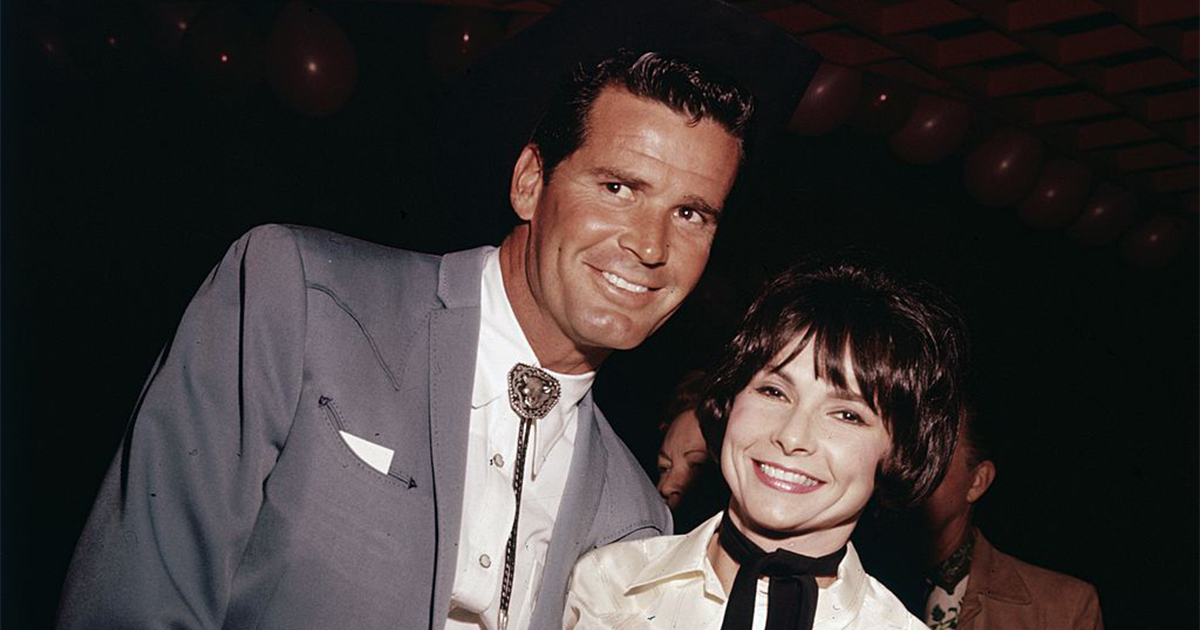 Two people meeting one another and deciding to spend the rest of their lives together is always a beautiful journey. Actor James Garner swears by love at first sight because that is what happened to him.

Lois Clarke and James Garner have a wonderful love story. If you want to learn more about it then keep reading…

The famous American actor James Garner’s journey toward love began with when he met Lois Clarke. James met Lois at a friend’s barbeque, and he was immediately smitten.

Much like you see in movies, his eyes zeroed in on the beautiful woman and it felt like everything around him had slowed down. He mustered up his courage and asked Lois to dinner, and was relieved when she said yes.

In a memoir he released in 2012, he talked about the courtship. He wrote, “I fell in love for the first and last time on August 1, 1956, at an Adlai Stevenson for President barbeque. That’s where I met Lois Clarke. It was love at first sight. The thunderbolt. She was as beautiful as she was sweet… It was a barbeque and I ended up in the pool with the children.”

It immediately got serious and the couple saw one another constantly for the first two weeks they dated. On August 17, 1956, just fourteen days after their first meeting, Lois and James married in a quick courthouse ceremony in Beverly Hills.

When friends and family learned about this, everyone was shocked!

James’ family was upset and opposed their nuptials. They couldn’t understand why he had done such a thing. They thought both of them had gotten caught up in the moment and in reality, had nothing in common. They decided too soon and the marriage would inevitably end.

One of the bigger differences between them was religion. While Lois was Jewish and James was a methodist. Lois had also been married in the past.

The couple also had a huge difference in height as James was 6’3″ while Lois was only 4’8″. While one was introverted in nature, the other was an extrovert.

Lois says she is a dreamer while her husband is a realist. While the differences between them were immense, they somehow made it work.

James said, “None of the naysayers had stopped to consider that Lois and I complemented each other. What they saw as weaknesses, we saw as strengths.”

The pair was happy in their marriage and welcomed their first child together, a baby girl they named Gigi. James also adopted Lois’ firstborn Kim. They had a marvelous time with just the four of them.

People were quick to warn them that their marriage would have problems and James is the first to admit that this was true. He even admitted that the couple had separated from one another for 3 months back in the 1970s.

In that time, rumor spread that James was dating someone from The Rockford’s show but he vehemently denied this. Later on Lois and James got back together and put all the rumors to rest.

Their love lasted a lifetime, James said “Lois and I were never in serious trouble. Ninety-nine percent of the problem was the pressures of Rockford. It wasn’t us, it was me needing to get away to get my head together.”

James passed away in 2014 at the age of 86 from natural causes. Their marriage managed to last almost sixty years.

The couple proved all their doubters wrong. They showed everyone in Hollywood that if you commit to someone, it is fully possible to honor the commitment.

What a beautiful love story that is rare to find these days. Share this with friends and family who were fans of these two so you can put a smile on their face!