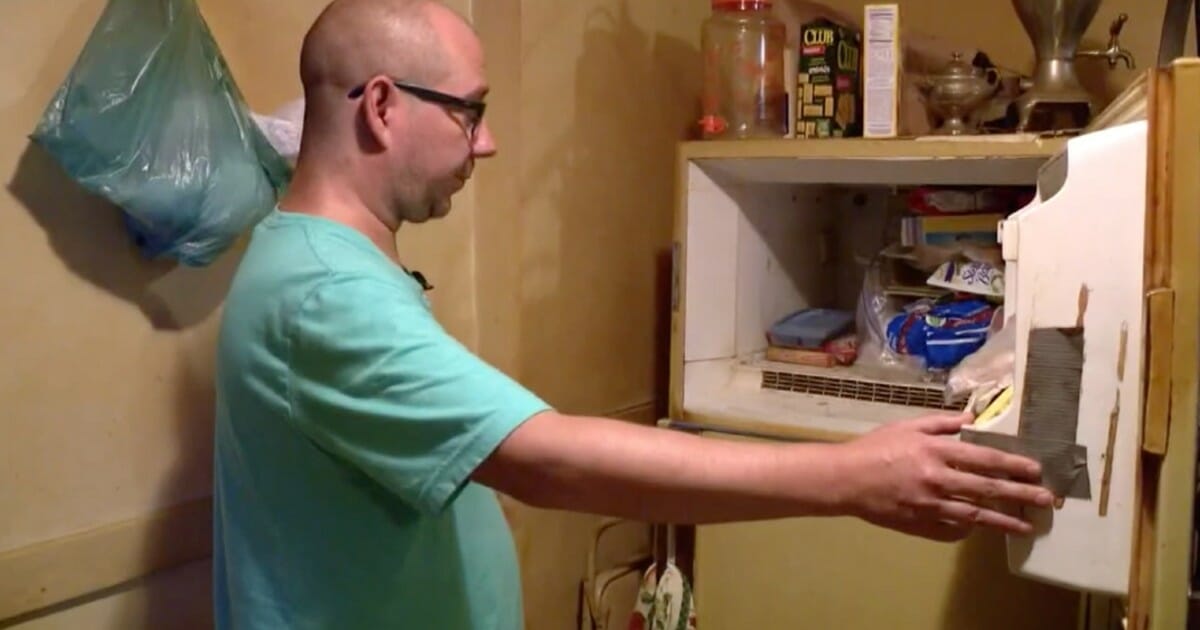 A Missouri man was recently faced with a task that most, if not all of us, will have to face one day, cleaning out his mother’s home. She died on July 21 and he has until August 1 to go through all of her belongings in her south St. Louis apartment.

As he was going through her freezer he came across a cardboard box that has always been a mystery to him.

“This box has been in every freezer, in every home that we lived in for my entire life,” Adam Smith, 37, told KMOV.

When he opened the box, he realized why his 68-year-old mother kept the contents and perhaps other parts of her life a secret from him.

He told the St. Louis Post-Dispatch he believed he was going to find a piece of his mother’s wedding cake or cash, since she never had a bank account. But when he looked inside, it was neither.

A frozen newborn was hidden in the box.

“It still had skin hair and everything it was mummified,” he told KSDK. “After that, I freaked out, put it in the box and called police right away.”

Even the homicide detective who responded to the scene was stunned at the discovery. According to reports, police are calling the disturbing finding as a “suspicious death.”

“Even as she was on her deathbed, she never told me what was in that box,” Adam said. “That’s what makes me think maybe she did something to this baby and didn’t want to tell anyone because she was afraid she would get in trouble.”

While the police investigate, Adam has started his own investigation. He’s spoken to family members about his mother and learned that she wasn’t exactly who he thought she was.

He learned his mother often disappeared for months at a time and when she first met his father, whom he’s estranged from, she was pregnant, but the next time they met she was not.

Adam was also able to recall a time when he was young and his mother passed a comment about her oldest child being 21 years old, but nothing more was ever said.

As for now, police are still investigating and an autopsy will be performed to determine the cause of death.

Can you imagine if your parents kept a secret like this from you?

Or can you imagine stumbling upon this deep, dark secret?

Share this and let us know if it would change how you viewed your parent.