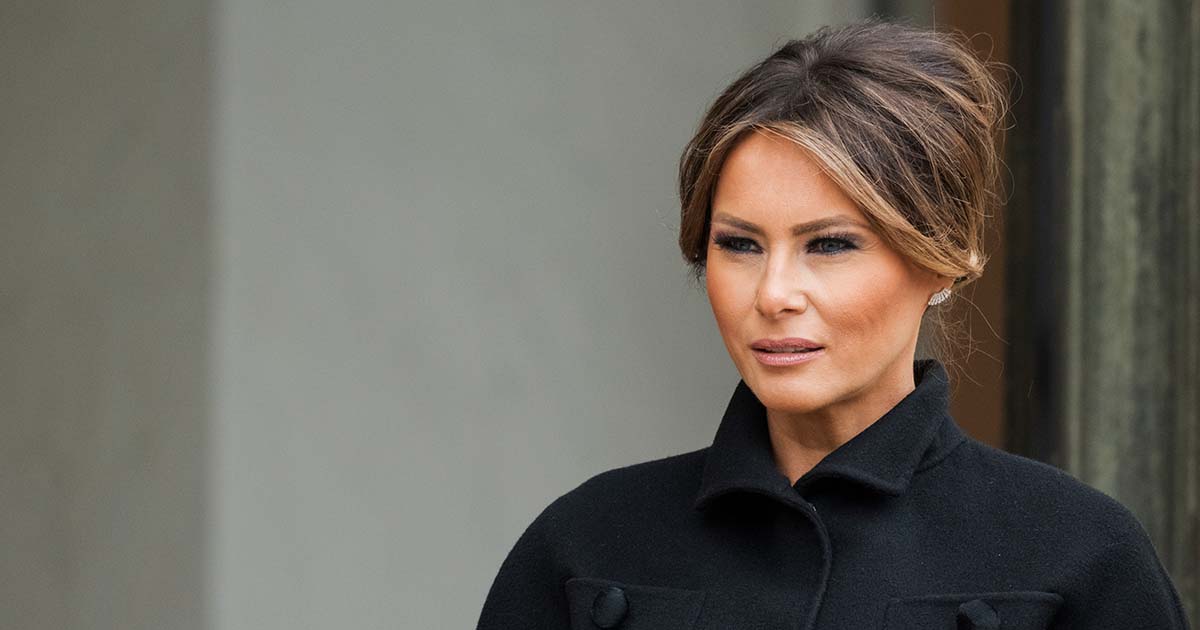 Suffice it to say that Donald Trump and Melania Trump have been through plenty as a couple. Their son, Barron Trump, is growing up fast, but after leaving the White House, reports concerning the two not getting along have repeatedly surfaced.

Previously, Melania was said to never want to return to the White House ever again. Of course, since Donald will now run for president in 2024, that might change, but the latest reports argue that the couple’s future might not be as straightforward as one would think.

Donald Trump and Melania Trump moved into the White House with their son, Barron, after Donald won the 2016 US Presidential election. Trump’s was a polarizing presidency: many thought he did an excellent job during his four-year tenure at the White House, while others thought the complete opposite.

No matter what you think of their performance as President and First Lady, though, there were incidents that have unquestionably written Donald and Melania into the history books.

It was only last week that Donald Trump announced his White House bid for 2024.

Even though Trump is keen on another tenure at the White House, his family members aren’t said to be as excited.

Shortly after the Trump 2024 Presidential bid announcement, his daughter, Ivanka Trump, spoke out. She played a big role in his previous White House administration – but this time, she’s out.

“I love my father very much. This time around, I am choosing to prioritize my young children and the private life we are creating as a family. I do not plan to be involved in politics,” Ivanka, who was not in attendance at her father’s press conference, said.

“While I will always love and support my father, going forward I will do so outside the political arena. I am grateful to have had the honor of serving the American people, and I will always be proud of many of our administration’s accomplishments.”

Now, Donald and Melania had their fair share of fights while living in Washington DC. Some disagreements were more troublesome than others, with a particularly infamous “jacket incident” having seen Trump lash out at his wife.

On her way to a migrant housing facility in Texas, Melania wore a jacket with the text, ‘I REALLY DON’T CARE, DO U?’

The former White House press secretary Stephanie Grisham wrote in I’ll Take Your Questions Now that she didn’t notice the message on Melania’s jacket at the time. Trump and his administration were under heavy criticism because of their policy of separating migrant children from their family members.

Melania’s visit was seen as a good opportunity for the administration to form a better image of the issue. In the end, they abandoned the program.

When Melania came back from Texas, the president was said to be furious. Donald is said to have summoned his wife to the Oval Office and yelled at her over wearing the tasteless jacket.

Melania Trump preferred working “from home” at the White House

Melania Trump later spoke about the jacket in an interview with CNN.

While Donald spent his days in the Oval Office, Melania had her own essential jobs as First Lady. If reports are to be believed, though, she never quite took to being at her White House office, located in the East Wing.

Grisham claimed that she only saw Melania at the office suite “a handful of times” during her four-year tenure at the White House.

“Mrs. Trump was working from home long before the country was,” Grisham said, referring to the Covid-19 pandemic.

“When warranted, we would have in-person meetings, but those generally took place in the Map Room across from the elevators to the residence. There we would plan out schedules, respond to pressing queries, and discuss goals. Other than that, the first lady kept to her rooms in the residence.”

Instead of being at the First Lady’s office in the East Wing, Melania Trump spent much of her time in the executive residence. The Secret Service even called her Rapunzel because “she remained in her tower, never descending.”

If Trump wins the 2024 election, Melania will naturally become First Lady again. However, previous reports would suggest that she has no desire to return to the role at all.

Melania and Donald Trump’s differences of opinions were well established throughout the Presidential campaign of 2020. Last week, former Vice President Mike Pence released his memoir, So God Help Me, which sheds new light on the former Presidential couple’s relationship.

In an excerpt from the book, obtained by Business Insider, Pence describes how Melania gave her husband notes after the first presidential debate against Joe Biden, which ended quite disastrously.

Fox News hosted the debate, with moderator Chris Wallace having an exceedingly tough time keeping order. Donald Trump lashed out at Joe Biden several times during the debate, and at one point, Biden even told him, “Will you shut up, man? This is so unpresidential.”

After the tumultuous exchange, Pence recalled how Melania stepped in to give her husband a critique of the debate, including how he should act during the next one. She told Donald to be more patient and not interrupt Biden again.

“‘Melania says I gotta be more like Mike,'” Pence recalled Donald Trump telling him, praising him for listening to his wife.

In the second debate, Pence added that Donald was “more understated and effective.”

As mentioned, Melania has reportedly been very clear on the fact that she doesn’t want to become First Lady again. Though her husband is gearing up for another presidential campaign, she is not keen on joining him.

CNN correspondent Kate Bennett told Anderson Cooper that Melania dislikes “being in the news” and wishes not to have her name associated with her husband’s rants.

“Showing up in a news story is not something the ultra-private Melania Trump enjoys, and Trump was soon apologizing on Truth Social to her for what he called ‘made up’ stories about her involvement,” Bennett said on CNN.

“Chilly ” relationship between Donald and Melania

“She doesn’t like being in the news. She certainly doesn’t like her name being attached to the rants and ravings of her husband,” Kate Bennett later told Anderson Cooper.

Bennett added that their relationship isn’t in the best place at the moment. And as for the presidential campaign, Donald might even end up traveling alone.

“Things are a little chilly in that area just now,” she said. “I don’t think she has any intention of being on the campaign trail.”

Donald and Melania have been married since 2004. The couple met while Melania was working as a model after leaving her home country of Slovenia.

They crossed paths for the first time in 1998, at an event during New York Fashion Week. Melania was working as a model at the time.

Donald, then merely a wealthy real-estate mogul, had just divorced his second wife, Marla Maples, and attended the Fashion Week event with a date. However, when he saw Melania, he is said to have wanted to get to know her instead.

“I went crazy. I was actually supposed to meet somebody else. There was this great supermodel sitting next to Melania,” Donald told Larry King back in 2005.

Yet it wasn’t quite love at first sight between the pair. Since Trump was there with someone else and still asked Melania for her phone number, she admitted being “turned off” and said that he was “totally out of the question,” her best friend, Edit Molnar, said.

“If I give him my number, I’m just one of the women he calls.”

“Melania said, ‘He’s here with a woman. I am absolutely not giving him my number,'” Molnar recalled. “She wouldn’t even consider it. Donald did all the work.”

“He wanted my number,” Melania told Tatler. “But he was on a date, so of course, I didn’t give it to him. I said, ‘I am not giving you my number; give me yours and I will call you.’ If I give him my number, I’m just one of the women he calls.”

The two broke up several times before patching things up and moving in together in 2001. Melania got her green card around the same time and lived at Trump’s penthouse in the Trump Tower in Manhattan before the couple married three years later.

Speaking with CNN’s Larry King in 1999, Donald announced that he planned on running for president. He also said he would marry Melania Trump to “make up for the absence of a First Lady.”

Whether or not Donald Trump becomes the President of the United States once again, only time will tell. As of today, though, it’s somewhat unclear as to if he will be joined by his wife, Melania, at the White House should he succeed.

Do you think Donald Trump would be a good president or not if he wins the 2024 election? Please share this article on Facebook and give us your opinion!