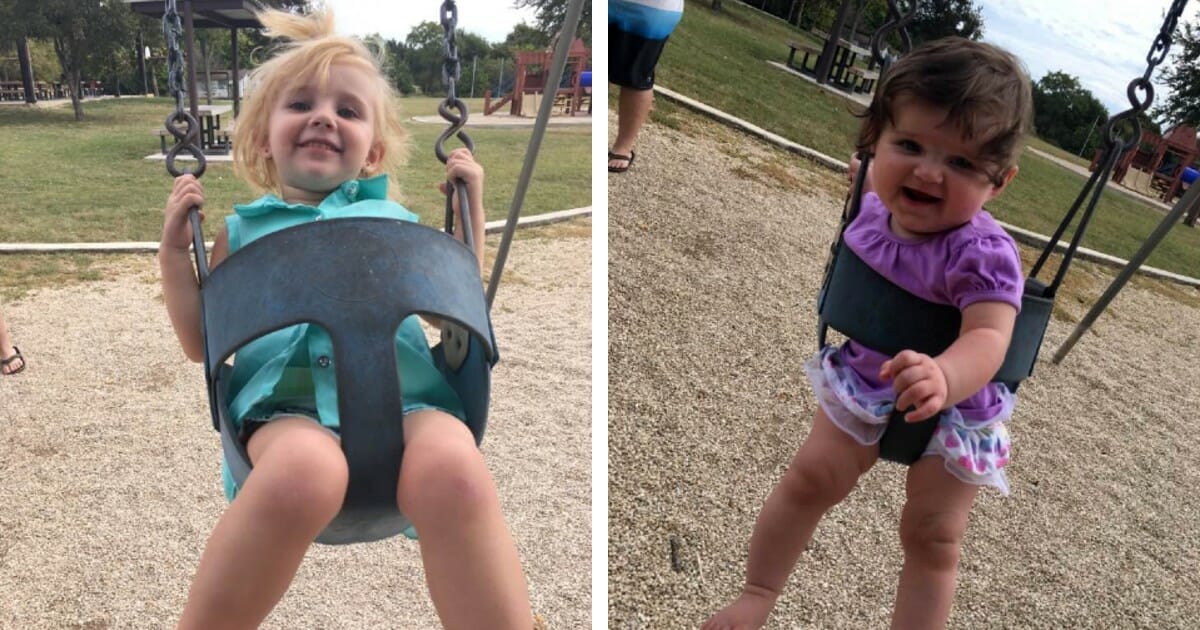 As the weather warms up we’re constantly reminded to check the backseats of our cars for children and pets. Unfortunately, there’s always a few stories of parents and guardians who forget their loved ones in a hot car.

Amanda Hawkins, then 19 years old, did not forget her two children in the car. She intentionally left them in a hot car while she partied with friends.

On June 6, 2017, Hawkins drove her two daughters, Brynn Hawkins, 1, and Addyson Overgard-Eddy, 2, to a friend’s home in Kerrville, Texas. Hawkins left her children in her car while she smoked marijuana with friends in a shed.

Reportedly friends expressed concern about Brynn and Addyson, but the 19-year-old said the girls would “cry themselves to sleep.”

It was later revealed in court that Hawkins brought Brynn into the shed at one point before placing her back inside the car.

Hours passed and no one checked on the girls. At night, Kevin Franke, who was also at the party, slept in Hawkins’ car. It was reported that he slept in the car with the air conditioning on and with the girls in the backseat. Early the next morning, he shut the car off and left.

It wasn’t until several hours later – noon on the following day – that Brynn and Addyson were discovered, unconscious.

Before taking her children to the hospital, Hawkins bathed her children in cold water and searched ways on how to revive people from heat exhaustion.

She reportedly told her friends she was avoiding taking her children to the hospital because she “didn’t want to go to jail.”

Two hours after she removed Brynn and Addyson from her car, she brought them to a hospital where she lied about them smelling a flower and promptly collapsing.

Although doctors worked tirelessly to save Brynn and Addyson, they did not survive.

University Hospital Dr. John Gebhart, who testified in court, stated that the girls most likely went into “profound” shock before suffering a painful death.

Gebhart said that someone in their position would have experienced severe headache, terrible cramps, loss of fluids, shortness of breath, and seizures.

Hawkins was arrested and later sentenced to 40 years in prison.

During her trial the judge, Judge Keith Williams said, “Those precious little girls would still be here today if this had not happened. People in our community take better care of their pets than you took care of your kids.”