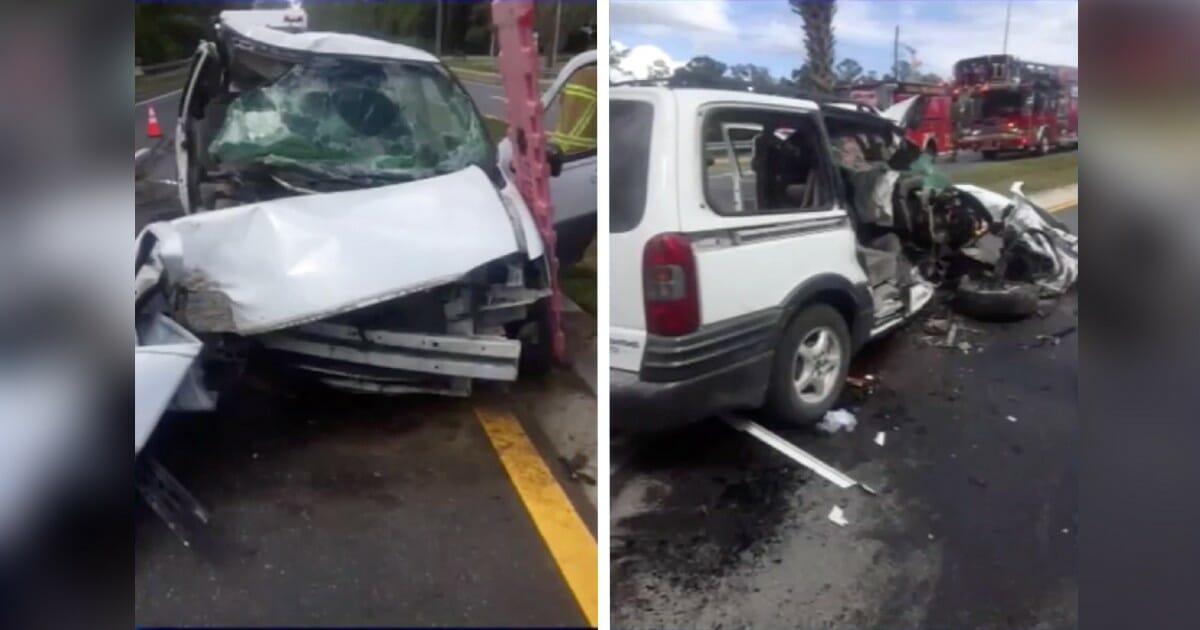 A mother is supposed to protect her children from danger, but one woman is now under investigation after she allegedly told her children to take their seat belts off moments before she crashed her vehicle into a tree.

“She made some utterances about a hex from her husband and that’s what made her crash, but we really don’t know the way at this point,” Corie Byrd, with the Ocala Police Department, told WKMG.

The woman, Calicia Williams, was charged with four counts of attempted murder and once she is released from the hospital will go to the county jail where she will be held without bail.

Police say on Wednesday around 2 p.m., Calicia Williams, 36, was driving with her four children in Ocala, Florida when she told them to take off their seat belts.

According to the police report, Williams said, “The devil can’t hurt you, he only hurts bad people. You have the light of Jesus in you and only Jesus can cure us,” just before she crashed her vehicle, which carried her four children, ages seven to 13, into a tree.

“The devil can’t hurt you, he only hurts bad people.”

One of Williams’ daughters reportedly told police that her mother told them to unbuckle and stretch out their arms. Williams then said “Lord Jesus save me,” as she jumped a median and slammed into a palm tree.

Police did not find any evidence that suggested Williams used her brakes, but based on marks that were found on the 36-year-old’s neck they believe she wore her seat belt.

“Lord Jesus save me.”

When police arrived, Williams was standing outside of her car, “rambling on about spells and voodoo.” She also told police she had marijuana in her system.

She and her children were taken to local hospitals.

“These kids are very, very lucky to be alive,” Byrd said. “It makes you want to hold your kids tight, and it’s unfathomable why a mother would want to do this.”

Williams was arrested and charged with four counts of attempted murder. Once she is released from the hospital she will be taken into custody.

My heart hurts for these children.

I hope everyone involved in this terrible accident gets the help they need.