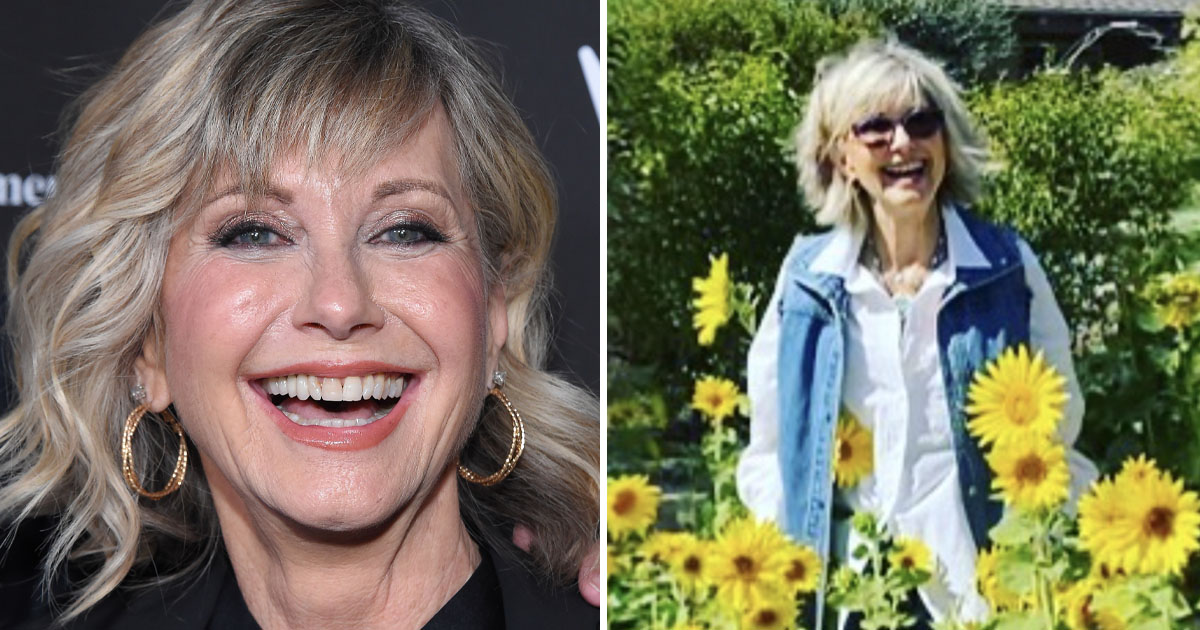 One of the biggest stars of the ’70s and ’80s has died: Olivia Newton-John, the platinum-selling recording artist who starred in the smash-hit musical movie Grease, has died at 73.

She may have passed away but she will remain alive and well in the memory of millions of fans around the world.

The singer and actress was always a sight to behold with her dazzling smile and charming personality.

Newton-John was born September 26, 1948, in Cambridge, England, but was raised in Melbourne, Australia where her family moved when she was 6.

She won the hearts of millions around the world with her role as Sandy in the movie ‘Grease’ starring alongside actor John Travolta. Her duet with Danny Zuko aka John Travolta, ‘You’re the one that I want’ in the grand finale became one of the best-selling singles of all time. Newton-John’s star power helped Grease become a smash hit: it was the highest-grossing film of the year, becoming the highest-grossing movie musical of all time, a record it held for decades.

”I don’t think anyone could have imagined a movie would go on almost 40 years and would still be popular and people would still be talking to me about it all the time and loving it,” Newton-John told CNN in 2017. “It’s just one of those movies. I’m very lucky to have been a part of it. It’s given so many people pleasure.”

After her role in ‘Grease’, she was propelled to new heights of stardom, the likes of which she had never seen before. She is one of the best-selling recording artists of all time, with over 100 million records sold.

Newton-John also went on to star in other movies including another one alongside Travolta in Two of a Kind. Her singing career led her to win four Grammy awards and she also has a star on the Hollywood Walk of Fame.

The actress, however, had to slow down in life when she was diagnosed with stage 4 breast cancer. She was first diagnosed with cancer in 1992 and then again in 2013. She received treatment and recovered, and became an advocate for breast cancer research.

But in 2017 she was told that her cancer had spread to her bones.

Despite her battle with the disease, the singer stayed positive and continued to promote research. She bravely fought the disease and remained in remission for almost 25 years till the cancer came back for the third time.

“I’m so lucky that I’ve been through this three times and I’m still here. I’m living with it. It’s just reinforced my gratitude,” she told 60 Minutes Australia.

“We know we’re gonna die at some point, and we don’t know when it is. When you’re given a cancer diagnosis or a scary honest diagnosis, you’re suddenly given a possibility of a time limit,” she explained. “So every day is a gift.”

Since she was older the third time cancer returned, her health took a major blow. This meant she only made a handful of public appearances and mostly kept herself out of the public eye.

In 2019, the legendary actress appeared alongside her Grease co-star John Travolta for three special sing-a-long events in Florida just before Christmas.

Newton-John appeared with Travolta for the first time since the iconic movie in 1978 and even dressed in their Grease costumes for the shows. After more than 40 years after Grease‘s release, John Travolta and Olivia Newton-John were back as Danny and Sandy.

“First time in costume since we made the movie,” Newton-John captioned a photo on her Instagram and added: “So excited!!”

Speaking with reporters after another Grease event in 2017, Newton-John said she doesn’t think about her diagnosis much.

“Life is a gift and I’ve had an amazing life and I intend to keep going with it and I want to help other people with cancer of course,” she told People.

“Olivia is a survivor and she’s smart and she’s got a lot of life in her and I think she looks at it from the glass half full always and that’s her beautiful, natural approach towards life and I think we all need to do that,” Travolta added.

Hence, after the news of Oliva Newton-John’s death went public, Travolta was naturally one of the first celebrities who paid tribute to the late singer and actress.

John Travolta posted a picture of the star from her younger years, with a heart-touching caption. He wrote, “My dearest Olivia, you made all of our lives so much better. Your impact was incredible. I love you so much. We will see you down the road and we will all be together again. Yours from the first moment I saw you and forever!”

During all these years, Olivia Newton-John never let her cancer battles ruin her spirit.

“If you think positive thoughts, you’ll create a positive world around yourself and attract positive people to you,” the British-Australian actress told Us Weekly in 2019.

She was open with her health journey and Olivia always had the strong support of her husband, John Easterling, an American businessman and environmentalist. They started dating in 2006 and married in 2008.

“I’m very lucky I have a wonderful, beautiful husband who is just so loving and fantastic,” she told People in 2016 and continued:

”I always tell my friends you’re never too old to find love. I found the love of my life at 59 going on 60! I’m grateful.”

Together, they created the Olivia Newton-John Foundation Fund to raise money for medicine and cancer treatments.

“Olivia has been a symbol of triumphs and hope for over 30 years sharing her journey with breast cancer,” her husband John Easterling wrote when she passed.

The last time Olivia Newton-John was seen speaking by people was when she posted a Christmas message for her fans on Christmas Day, 2021.

“I want to thank you all for all of your support over the years and I wish you all the best and send you love and light,” she had said.

The last time she made a television appearance was in October of 2021 when she appeared on the show Dancing With The Stars as the show filmed a Grease-themed night to pay homage to the classic musical film.

As contestants paid tribute to the classic she starred in with John Travolta, she appeared on-screen with a recorded video message, wishing them all well!

“I’m so thrilled and honored that you’re celebrating Grease tonight! I know your couples have been working really hard and I can’t wait to see their performances!” she said in the message.

Lately, her Instagram was only updated with throwback pictures of herself from various points in her life. It is understandable that the actress did not put up recent images of herself since her health had been in decline.

However, earlier this year on April 18, 2022, the actress posted the most recent picture of herself which delighted fans globally.

The actress is radiating warmth in the image and it really gives you an idea about who she was as a person; full of talent and love for everyone and everything around her.

Just three days before her death, she also shared a final heartbreaking photo with her husband John. According to Daily Mail, her husband also said that the actress’ final request was for donations to be made to the Olivia Newton-John Foundation Fund, ‘in lieu of flowers’.

Olivia Newton-John’s death comes right before the release of a series that was supposed to be a prequel to Grease called ‘Rise of the Pink Ladies.’ The upcoming show is also going to be a musical.

Olivia Newton-John was well loved by millions of fans around the world as well as by her co-stars, contemporaries, and collaborators in the industry.

She will surely be missed by everyone who knew her and whose lives she touched. Rest in peace.

A talent like hers comes once in a generation. We will remember you just as you look here in that last photo, smiling and full of joy.