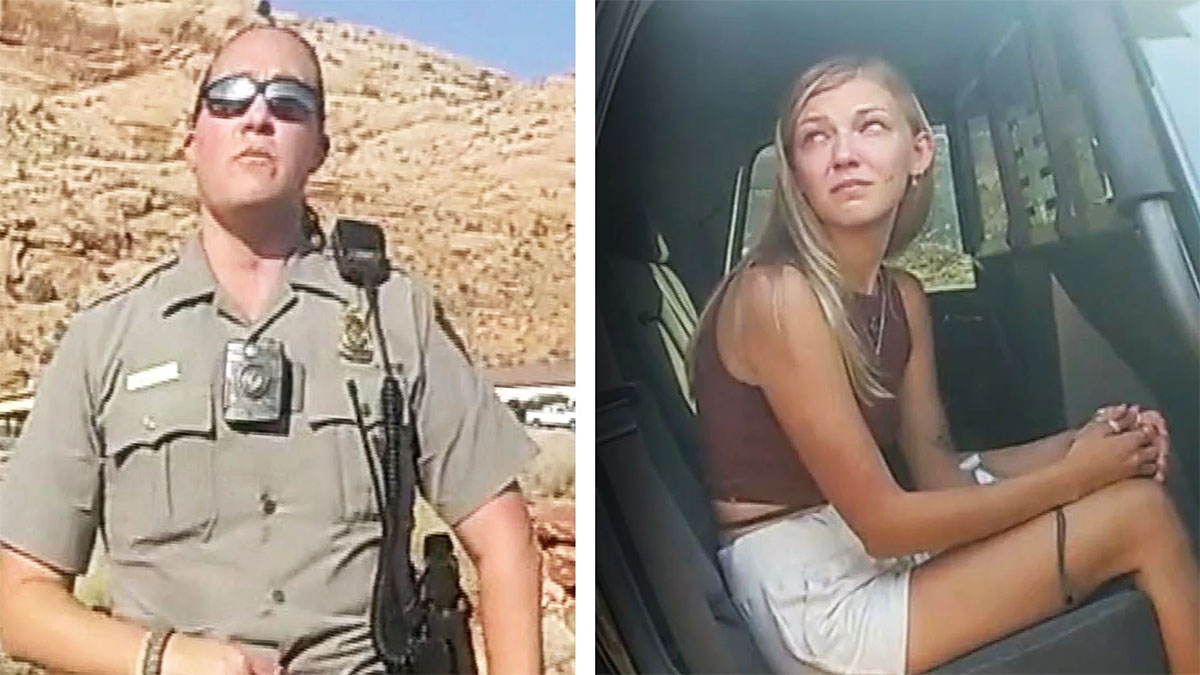 A U.S. park ranger in Utah reportedly urged Gabby Petito to distance herself from fiancé Brian Laundrie saying their relationship seemed “toxic” just weeks before the 22-year-old’s body was found.

The FBI has now confirmed that the body discovered near Grand Teton National Park in Wyoming is that of Long Island native Gabby Petito and she died by homicide.

Just over two weeks before Gabby was last seen alive park ranger Melissa Hulls was one of a several officers who responded to a 911 call reporting a possible domestic assault.

A witness had spotted a domestic dispute in downtown Moab and Arches National Park on Aug. 12 and called 911 to report it.

“I’m right on the corner of Main St by Moonflower… I’d like to report a domestic dispute,” the caller says, as per Fox News.

“The gentleman was slapping the girl… they ran up and down the sidewalk, he proceeded to hit her and then they drove off.”

In bodycam video from one of the officers who stopped the couple and interviewed them, Gabby is crying sitting in the back of the patrol car while Brian is smiling and calmly talking with the officers.

Police filed no charges after the couple portrayed Gabby as the aggressor in the incident – a story officers appeared to believe despite a witness statement that alleged Brian tried to take Gabby’s phone at the Moonflower co-op and drive away without her.

Instead, officers decided to separate the couple for the night booking Brian a hotel room in town through a nonprofit for survivors of domestic abuse. It’s not known if Brian spent the night in the hotel room.

Ranger Melissa Hulls also attended the scene and stepped aside to speak with Petito in private, believing she would be more open to speaking with a female officer alone, according to Salt Lake City’s Deseret News.

The ranger told Deseret News she “was probably more candid with her” than she should’ve been when she told Gabby, who was reported missing on Sept. 11, that her relationship with Brian Laundrie appeared “toxic.”

Melissa Hulls said she “was imploring” Petito to “reevaluate the relationship,” as per Fox News citing Deseret reporter Kyle Dunphey’s interview with the ranger.

“I can still hear her voice,” Hulls told Dunphey. “She wasn’t just a face on the milk carton, she was real to me.”

Gabby was on a trip with fiancée Brian Laundrie and was last known to be in Wyoming’s Grand Teton National Park. Her family reported her missing on September 11 after not hearing from her in 13 days.

Brian is the person of interest in the case, but has been missing since Tuesday, his family says. His parents reported him missing on September 17 after Brian told them he was going to hike alone in the 24,000-acre Carlton Reserve wilderness area, near North Port, Florida.

“A weekend ground search and aerial search Monday of the 25-thousand-acre preserve has yet to yield any answers, but we must press on,” North Port Police said on Facebook. Police indicated the search picked up Tuesday in a different part of the reserve.

It concluded Tuesday evening around sundown and will resume Wednesday, they said.

It seems as though Brian, the person of interest in this case, has been protected throughout. I hope he now does the right thing and comes forward.

My heart goes out to Gabby’s family and friends experiencing the unimaginable right now, rest in peace Gabby.