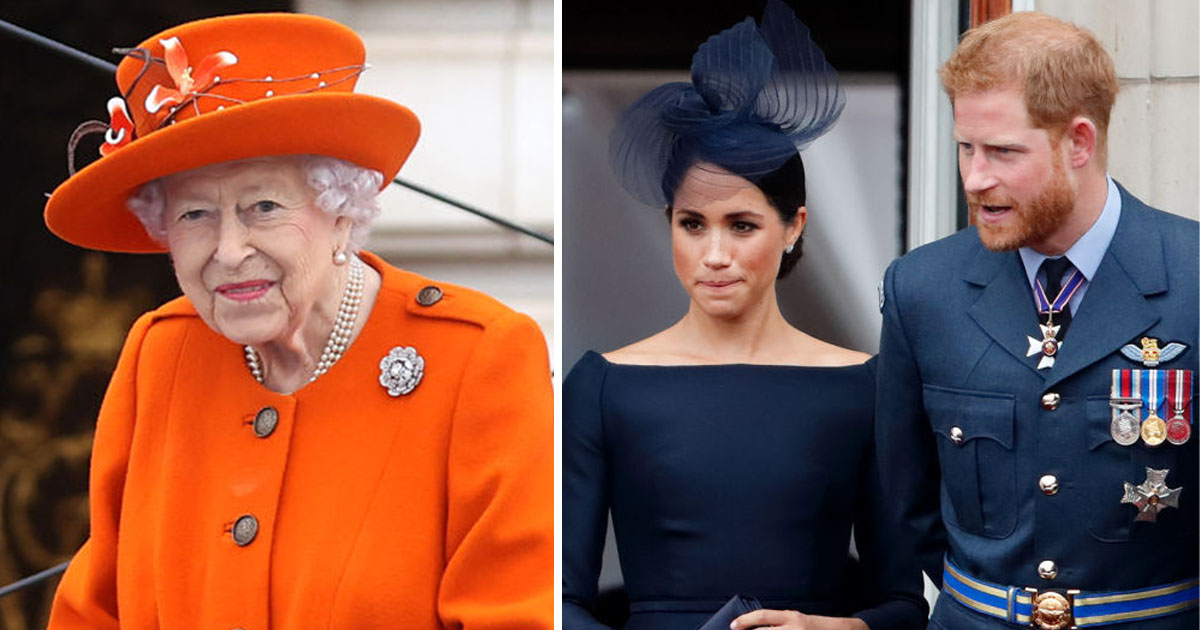 Since the Queen’s passing, a lot of news has come out about the inner workings of the Royal Family. A new book titled “The New Royals” is making waves among Royal Family enthusiasts for some startling revelations made in the book.

Prince Harry married Meghan Markle on May 19, 2018, at St George’s Chapel in Windsor, England. Even before they tied the knot, the couple got a lot of media attention; not all of which was positive or in their favor.

Katie Nicholl who is a royal reporter has recently released an interesting book titled, “The New Royals” which has a lot of information about the Royal Family which has never been known about before.

Queen Elizabeth II apparently had her misgivings about Meghan Markle’s wedding dress. She had expected Meghan to adhere to royal examples and wear an off-white dress to her wedding, much like Queen consort Camilla did.

Instead, Meghan chose to wear a ‘pure-white’ dress which the Queen found inappropriate because according to her if you have been married before, you should not wear pure white but an off-white.

Nicholl said, “She believes if you’ve been married before, you wear off-white on your wedding day.”

The Queen reportedly did her best to learn as much as she could about the Duchess of Sussex. The book talks about the Queen’s feelings towards the new couple. One example is how the two of them asked to live at Windsor Castle and late monarch gave them a cottage in her backyard to live in instead.

According to Nicholl in the book, the Sussexes had their eyes on “apartments at Windsor Castle” but the Queen gave them Frogmore Cottage as a gift instead.

While the cottage was not what the couple had envisioned living in, Elizabeth Anson, who has since then passed as well, said about the cottage, “It was a generous gesture nonetheless,” as the cottage held significance for the Queen.

Anson explained that the entrance to the garden was right beside the Duke and Duchess’ cottage. The garden served as a place of “solitude and privacy” for the late monarch and her gifting the cottage near it to the Sussexes was a welcome sign.

The couple moved to the cottage a year after their wedding but moved their household from Kensington Palace to Buckingham Palace a month after their marriage.

In 2020, when the couple moved to the United States permanently, Frogmore Cottage was left empty. A little while later, however, it was occupied by the prince’s cousin, Princess Eugenie, and her husband, Jack Brooksbank. However, they have moved out of the cottage as well after announcing their move to Portugal.

After that, the cottage was empty once again. But when the Sussexes returned to England for the Platinum Jubilee celebrations in June 2022, they had the cottage renovated and stayed there for the duration of their visit.

Interiors Therapist and Feng Shui Consultant Suzanne Roynon has previously given interviews where she discussed the interior of the cottage. She said, “In Feng Shui terms, after the significant renovations of 2019, Frogmore Cottage would be regarded as a ‘Bad for People/Good for Money’ property.”

Roynon noted that the Sussexes opted for neutral colors, white, cream, and gray for the cottage and also followed a similar scheme for their home in California.

She pointed out while Princess Eugenie and Brooksbanks’ may have added some personal touches to the cottage during their stay, the original interior chosen by the Sussexes would still be front and center.

According to Roynon, “They provide a tasteful, soft base which would work in any home.”

The Sun has now reported some interesting news. As King Charles ascended to the throne, he is now in charge of royal properties and deciding who will live where. There are royal properties all over the country and hence he might decide differently about which member of the Royal Family gets to live where.

He must also figure out where he wants to live as the new monarch. The monarch traditionally occupied Buckingham Palace as it was first occupied by King Charles II first occupied in the year 1761.

But there have been whispers that the new King might designate Buckingham Palace as just an ‘office’ while he maintains his residence in Clarence House as his home, where he has resided since 2003.

The other members of the Royal Family are similarly awaiting decisions about their new lodgings. It is rumored that the move will impact Prince Andrew, who might be required to move out of the Royal Lodge at Windsor Great Park. The Duke has lived in that residence since 2007.

At the same time, it is expected that Meghan Markle and Prince Harry might be kicked out of Frogmore Cottage since they no longer reside there and have moved to the United States permanently.

The new King has yet to decide what will happen to other royal properties and who will reside in them. These properties include Highgrove House, Sandringham, and Windsor Castle.

It will be interesting to see which member of the Royal Family King Charles moves to a different property. What do you think will happen to Frogmore cottage? Let us know in the comments.

Share this article with your friends and family so they can know more about how royal lodgings work!