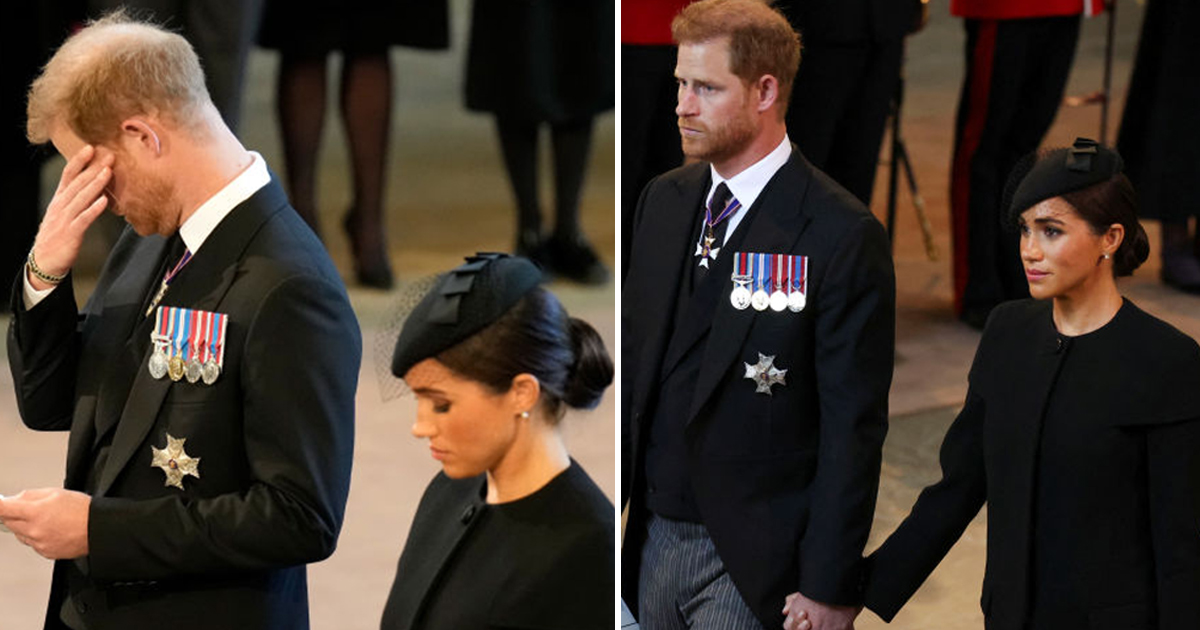 In the last few years, since Prince Harry married Meghan Markle in 2018, his relationship with the rest of the Royal Family became quite strained.

But the Prince has always maintained that his relationship with his grandmother, Queen Elizabeth never suffered at all!

The Duke of Sussex celebrates his 38th birthday today. But in the current situation, it is likely that not much celebrating will be done. The Duke, who was in England for professional engagements, found out about his grandmother’s ill-health right before an appearance at an award show with his wife Meghan Markle.

The young couple canceled their previous engagements, as Harry flew to Scotland to see his grandmother for one last time. Unfortunately, Prince Harry’s flight landed only a little while after the Queen’s death and he was unable to have one last meeting with her.

Amid the preparations for the Queen’s funeral this coming Monday, the family has little time to celebrate the Duke’s milestone 38th birthday.

On his previous birthday, the official account for the Royal Family on Twitter uploaded 4 images of the Duke from various times and events in his life, with the late Queen’s birthday message for him saying, “Wishing The Duke of Sussex a happy birthday today!”

It is an emotionally heavy time for the family, as yesterday they participated in the procession behind the Queen’s coffin from Buckingham Palace to Westminster. The Queen’s son, King Charles III lead the procession followed closely behind by his sons the Prince of Wales and the Duke of Sussex.

The family stood in a pre-determined formation by facing the coffin and its purple-covered catafalque.

Prince Harry was seen wiping tears from his eyes during the ceremony, seemingly emotional at bidding farewell to his beloved grandmother.

Prince Edward and Sophie, Countess of Wessex’s daughter, Lady Louise Windsor, were also among members of the Royal Family seen to get emotional and wiping away their tears.

After the Sussexes had their turn to bow and curtsy to the Queen’s coffin, they held hands with one another rather tightly. According to body language expert Judi James, this was a good sign, she said, “Inside the service the wives joined their husbands, but again the large spatial distances looked deliberate to create an air of formality.”

“As they couples filed out they seemed to keep to this formation apart from Harry and Meghan, who moved closer and stretched their arms across the gap to hold hands in a mutual re-linking gesture,” she continued.

She further built on her thoughts, saying, “They used their clasped hands as a method of offering support, comfort and reassurance to each other and, walking behind Prince William and Kate and presumably on the brink of a moment when chat might be near, the re-coupling appeared to be desperately important to them.”

Harry is having a tough time dealing. with this loss. The Duke of Sussex paid a touching tribute to his late grandmother with some beautiful words. He said, “In celebrating the life of my grandmother, Her Majesty The Queen—and in mourning her loss—we are all reminded of the guiding compass she was to so many in her commitment to service and duty.”

“Granny, while this final parting brings us great sadness, I am forever grateful for all of our first meetings—from my earliest childhood memories with you, to meeting you for the first time as my Commander-in-Chief, to the first moment you met my darling wife and hugged your beloved great-grandchildren,” he ended.

The Royal Family has had some ups and downs in the recent past but hopefully, this loss will bring them closer together once again.

Share this sweet message from the Queen for Prince Harry’s last birthday with your friends and family.