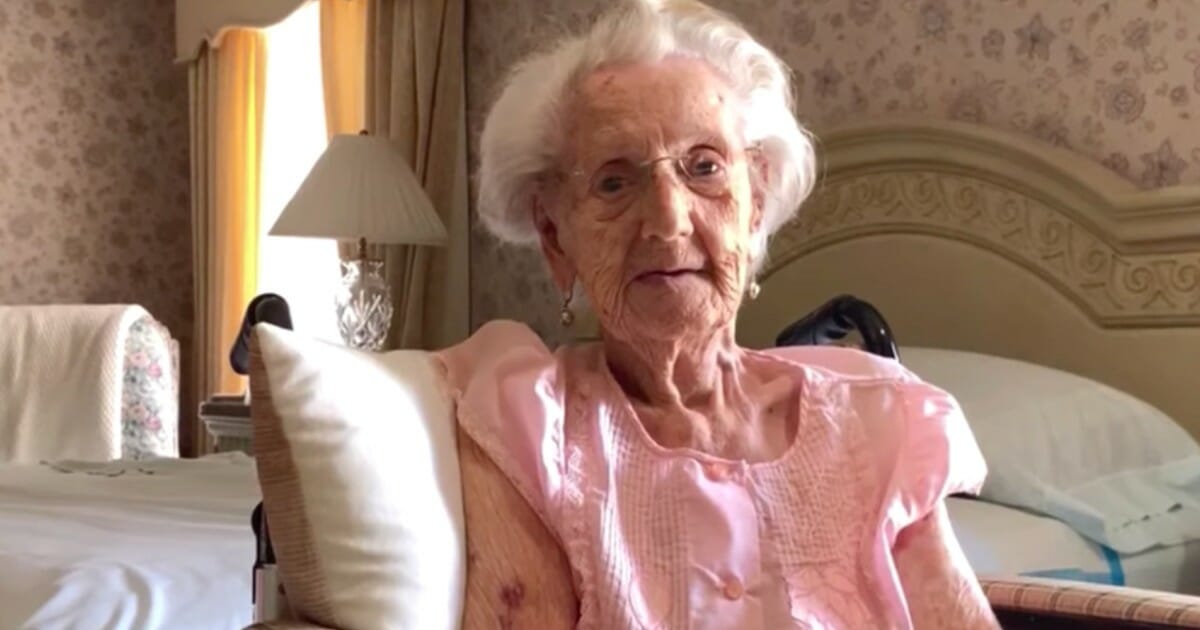 Whenever someone turns 104, it’s a big deal – not too many people can check “Reach 100 years old” off their bucket list.

Recently, Ruth “Buttercup” Sparks celebrated her 104th birthday in San Antonio, Texas, and not only was it special because she’s part of a growing number of centenarians in the country, but she’s one of the last living female WWII veterans.

When she was just 11 years old, Ruth, whose nickname is Buttercup, came to the United States from Denmark with her family. According to KSAT, the entire voyage took 10 days. The year was 1926.

She lived with her family in New York for years before she joined the United States Navy in 1945.

In 1945, Ruth joined the Women Accepted for Volunteer Emergency Service (WAVES), a branch of the U.S. Navy.

“I was the second class of WAVES,” she said.

While in WAVES, she worked as a mechanic and a secretary.

Eventually, like many northerners, she asked to move to the south – she was tired of the snow. She got her wish and was transferred to Corpus Christi where she met her husband. The couple lived in the coastal city until 1972 when they moved to where she lives currently in San Antonio.