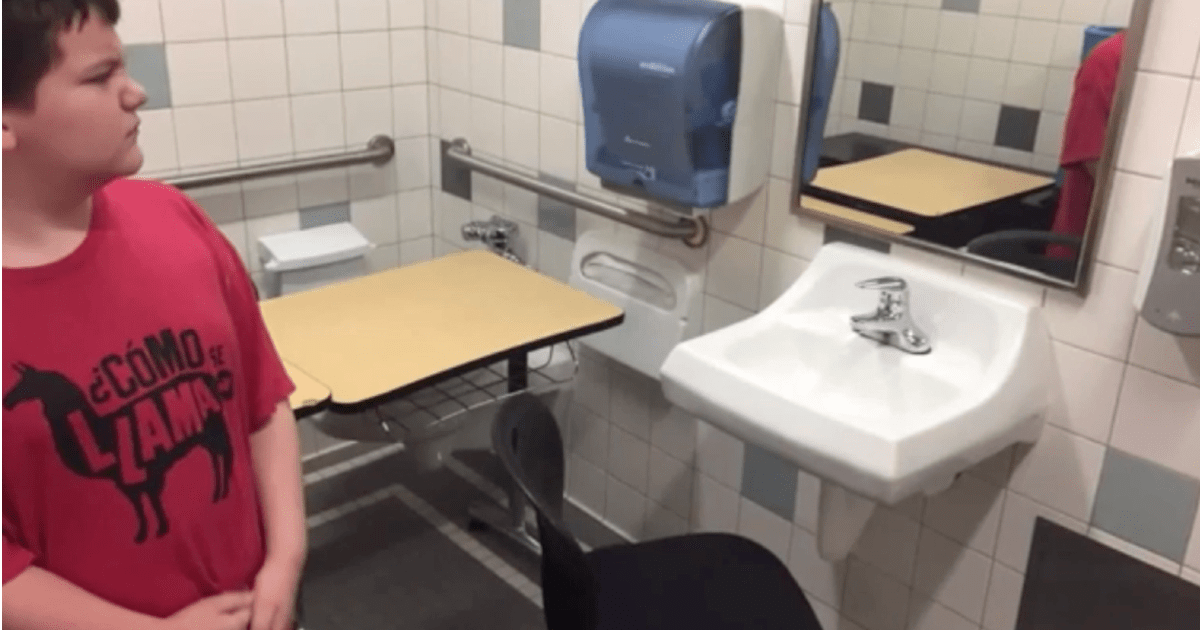 When Danielle Goodwin brought her 11-year-old son, Lucas, to school on Monday Lucas’ teacher told them something she never expected to hear.

“The teacher informed us that he would be studying in the bathroom,” Danielle told Q13 News.

It wasn’t a joke. A desk, chair, and sleeping mat had been set up for Lucas inside a bathroom at Whatcom Middle School in Bellingham, Washington.

Danielle had been in the process of working with Lucas’ teacher to find him a quiet place to learn.

The 11-year-old has autism as well as PANDAS (Pediatric Autoimmune Neuropsychiatric Disorders Associated with Streptococcal Infections) and loud noises are a trigger for him and it’s best if he’s in an area without germs.

Previously, he had no issues meeting the educational requirements, but now both Lucas and his mother wonder what the future will hold.

“I thought this was going to be where I was for the rest of the year,” Lucas said.

When Danielle saw her son’s new seating arrangement she took a photo because she was “stunned” that anyone thought a bathroom was a suitable place to put a child. She asked his teacher if there was another option, but was told no.

“It’s not an appropriate place for anyone, but especially for Lucas with his PANDAS condition…,” she told KOMO News. “It smelled and just the thought of my son working his school day away in a bathroom was disturbing to me.”

“Sad, stressed, embarrassed,” he said about his new learning space. “I was like how is this happening? How am I in the bathroom? Why?”

The school district said in a statement to Q13 News that they were aware of the situation and explained that the bathroom had been set up as an alternative learning space, but no student had used it. They also removed the desk from the bathroom.

“The desk has been removed, and staff at the school are aware that the space should not be used for that purpose in the future.”

Danielle said she’s glad the school removed the desk, but it doesn’t help Lucas’ self-esteem. She’s still waiting to hear from the district.

This never should have happened in the first place. How was there no other solution for Lucas?!

Share this if you think it was wrong to place Lucas’ desk in the bathroom.