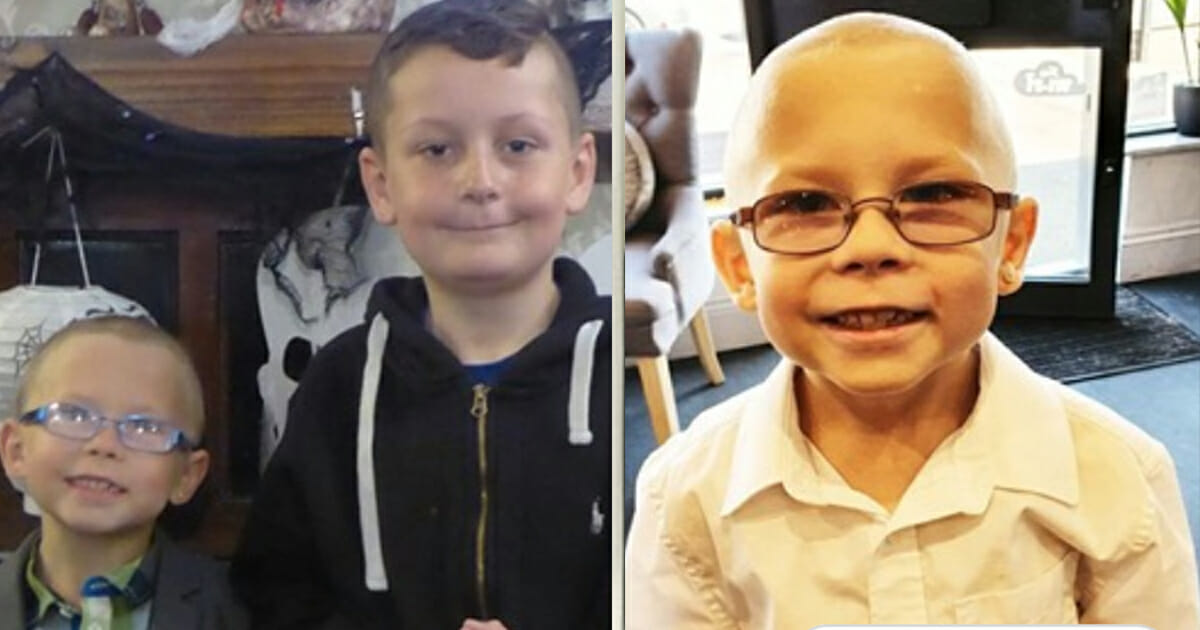 The kindness and natural compassion of some children never ceases to amaze me.

A seven-year-old boy has proven himself a worthy friend indeed, having shaven his head in support of his friend who underwent treatment for cancer.

Olly Spencer noticed that one of his classmates, Tommy-Lee Hetherington, had lost his hair. He subsequently felt compelled to do something, as he “didn’t want him to be alone”.

Later that day, Olly came home from Woolden Hill Primary School and asked his mom if she was able to shave his head.

Olly’s friend, Tommy, is now in remission following a battle with leukemia. After Olly shaved his head, the pair soon became best friends.

Speaking to Leicestershire Live, Olly said: “I came home from school and asked my mummy if I could shave my head, so Tommy-Lee wasn’t the only boy in school with no hair. Tommy-Lee has become my best friend. We play and work together at school.

“When Tommy-Lee had no hair, it made me feel sad and I didn’t want him to be alone. I wanted to help Tommy-Lee as he has cancer and I wanted the cancer to go away. I raised money for the charity that supports him and others by shaving my head, so we could both be bald together.

“We are best friends and always look out for each other in everything we do. Tommy-Lee will always be my best friend and I will support him wherever I can.”

Not only did Olly’s gesture capture the hearts of all those who have heard the story, but this little hero was also able to raise £1,200 (around $1,560) to help other youngsters at Leicester Royal Infirmary.

Tommy-Lee’s mom, Kelly, opened up on the effects of her son’s diagnosis.

“Tommy-Lee was diagnosed with acute lymphoblastic leukaemia, which was totally unexpected. It devastated our family and turned our lives upside down overnight. They told us his treatment will last for three and a half years.

“He started his chemotherapy immediately with an intensive stage of steroids, blood transfusions and lumber punctures. But through every stage he has been upbeat and taken everything in his stride, a real brave little soldier who doesn’t deserve this cruel illness.”

Of Olly’s gesture, she said: “It was an awesome thing to do. I’m so very proud of Olly – he’s a smashing little lad.”

He certainly is. It might not seem like much to your average adult, but having the initiative and courage to shave your head as a child, in solidarity for a friend, is a big thing.

Olly, we couldn’t be prouder of you!