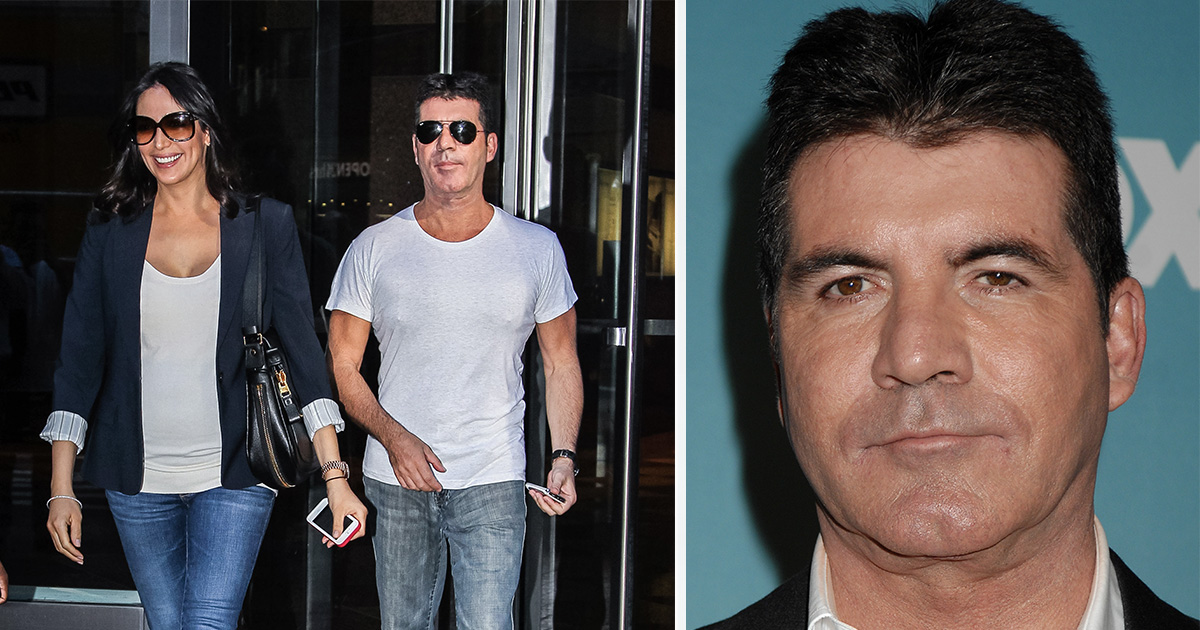 Simon Cowell has a long while recovering from the horrific bike accident which left him in surgery for six hours. Now, though, the media mogul is back on his feet and working out to get back in his best shape!

As it happens, over the years, Simon Cowell has actually undergone several surgeries – or, we should we say rather, treatments. Sufficw to say botox has been a good friend to him over the years, but now, experts are worried for him.

Cosmetic surgery experts say that Cowell’s face has left him with a permanently sad expression – other experts, meanwhile, agree that he’s done too much.

Needless to say Cowell’s family are living their best life at the moment, but at the same time, Simon has faced several problems with his health recently.

Following the accident, he met with a doctor, who told him he had to change his diet and not consume red meat, wheat, dairy, gluten or sugar.

Simon Cowell’s undergone an incredible health journey over the last couple of years. And the result is nothing less than incredible!

In just 12 months, Simon’s lost 56 pounds, and the COVID-19 pandemic – and its accompanying lockdown – hasn’t given him any excuse to pile the weight on again.

So, Simon has been doing great with his incredible health journey. However, last year, the music mogul was involved in a serious accident.

Cowell was “doing” fine following the six-hour surgery, which included the placement of a metal rod. Things really could’ve turned out worse than they did.

It forced him to miss the beginning of the season’s live show, America’s Got Talent.

Even though his message seemed calming for his fans, things weren’t really that rosy behind the scenes.

Doctors told him that he should lie down and rest, and he knew that he wasn’t supposed to be moving. However, Cowell did the opposite.

According to a source, via People, he was walking around just two days after his surgery.

“I was thinking, ‘I’ve got to get back into the house because I can’t lie there’, and made myself kind of get carried into my bedroom, which is right there at the beginning of the house, and I’m lying there and I’m kind of passing out… It was surreal,” he said.

Simon was said to have been testing the new electric bike with son Eric at the time of his injury. The hardest part for him was recovering from the accident at home, which he thought was embarrassing to do in front of his son.

“I was so embarrassed about coming home looking about 100 because I couldn’t walk, and I have these metal rods in my back and these screws,” Cowell explained.

“I said, ‘Lauren, I just don’t know how to explain it to Eric.’ She obviously said something to him because he came in and I was lying in bed and he said, ‘Daddy, you’re like Ironman,’ and I thought that was the sweetest thing and it meant a lot.”

Recovering from the accident has taken some time. However, it’s also shown us all that Cowell is very determined, and that he’s prepared to do all he can to get back to normal.

That’s exactly what he’s done, and in a very impressive way.

According to the Daily Mail, Simon has been walking over 40 miles each week to help him recover from his injury. He holds business meetings every morning, and walks for several hours each day. The music mogul sure is doing everything he can to get back to normal, and others have also been left impressed.

Not only that, but Cowell will soon be back working as well. The Sun reports that he’s set to start filming the new season of America’s Got Talent soon.

“Simon can’t wait to get back to doing what he loves. He’s been focused on his return for months,” a source told the news outlet.

As mentioned, Simon had to go through surgery with his back, but that’s not the first time he’s been in surgery. Cowell’s had several botox injections over the years, and according to Hello, the media mogul was one of the first male television stars to admit to having Botox.

In 2018, Cowell told the Sun he underwent a non-surgical “sewing bioplastic-infused thread” facelift.

Cowell added that him using Botox actually “added 10 years” to his television career, which has been majorly successful. However, he admits that he probably went a little bit to far.

Speaking to the Mirror, Cowell admitted he enjoys looking back on the years during which he did plenty of botox.

“You know, the old clips of us are hysterical. Amanda’s [co-star Amanda Holden on Britain’s Got Talents] always like, ‘What was I thinking?’ I said, ‘Well, I don’t look a lot better.’ I look all right now, but certain years it was like, ‘Wow,’ I don’t know what was going on.”

Plastic surgery and botox might be a good thing for some people, but you should always try and be happy in appreciating your true beauty.

In 2019, plastic surgeon Dr. Anthony Youn actually called out Simon for doing to many injections.

“Less would have been more”

Simon seems to be doing great in spite of the horrific injury that forced him to undergo the aforementioned six-hour surgery. Only last weekend, he was spotted with his partner Lauren Silverman, alongside their 7-year old son Eric, as they were arriving at the America’s Got Talent studios in Los Angeles, California.

Simon might seem like a blunt person, known for being brutally honest during the auditions on his talent shows. In reality, though, he isn’t like that at home.

Speaking to The Daily Mail, he said that becoming a father had softened him.

“People have asked me if I have changed since I have had Eric and of course you do, you can’t help it,” he told DailyMail.

He said that the change in lifestyle wasn’t easy, just as it hasn’t been easy the last couple of years – he’s lost 60 pounds following his accident.

“During the first eight or nine months I was thinking, ‘I don’t think he likes me very much. He does remind me of me when I was younger because he knows how to try it on and how to get away with things,” he told Entertainment Tonight.

Lauren Silverman lives with Simon and their son Eric. She also has her son, Adam, now a teenager.

For her, the relationship with Simon Cowell has been amazing.

“I think Simon has changed me,” she told Hello Magazine in 2015.

“He makes me laugh all the time. I can’t get angry with him because when I’m trying to be cross he just makes me laugh. I feel I learn so much from him, which is incredibly inspiring. He’s very talented.”

Lauren Silverman and Simon Cowell have settled with a wonderful family and are surrounded by great friends. They’ve officially been dating since 2013, but as of now, there are plans for a wedding.

“I think with anything in life just let things happen rather than plan,” Cowell told Express.

“I’m saying that all the good things that have ever happened in my life I’ve never, ever planned. I genuinely mean that. From when I left school at 16 I didn’t know what I was going to do, I just promised myself I will not be bored when I’m older.”

We hope for a speedy recovery for Simon Cowell, and that he and his family will have a wonderful Spring at home together.

What do you think of Simon as a judge on America’s Got Talent? Leave your opinion in the comments section.