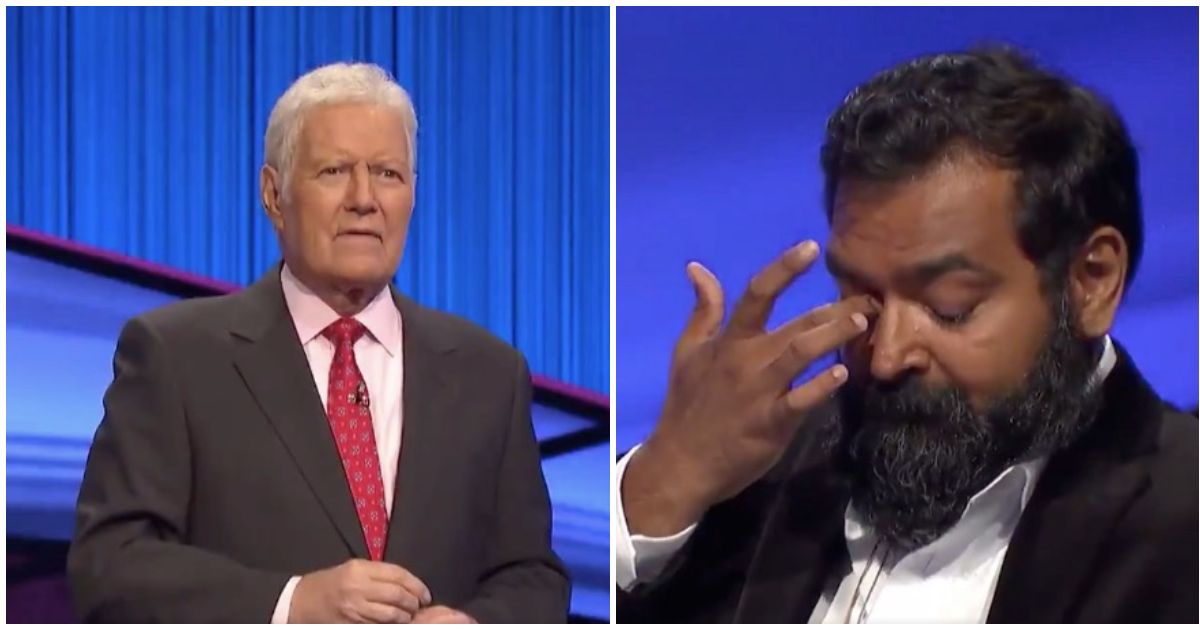 Alex Trebek, the TV legend who hosted Jeopardy! for 36 years, died on Sunday after a nearly two-year battle with stage IV pancreatic cancer.

But despite his health troubles, Trebek remarkably continued to host Jeopardy! until his death. And in that time, many contestants appearing on the show offered their best wishes and gratitude for Trebek.

And in one episode from last week—airing just days before Alex’s passing—one contestant revealed the surprising lifelong impact Jeopardy! and its host had on his life.

At the end Thursday’s game, contestant Burt Thakur emerged victorious and didn’t hold back his joy at winning.

But in a post-game chat with Alex Trebek, Burt’s joy turned to tears as he got emotional and revealed how special being on the show meant to him.

“I learned English because of you,” Burt told Alex. “My grandfather, who raised me… I used to sit on his lap and watch you every day. So, it’s a pretty special moment for me, man. Thank you very much.”

Burt was emotional revealing his story, and it’s clear Alex was affected as well.

Other contestants responded to the story, praising Jeopardy! for showcasing smart contestants from all kinds of backgrounds and ethnicities.

It’s safe to say the heartwarming moment has taken on even more poignancy days later after Alex’s passing.

With his calm, professional demeanor, authority and dry sense of humor, Alex helped turn the quiz show into a beloved institution that has become a part of many people’s daily lives. Stories like this are a reminder of the real impact the show has had.

We are mourning the loss of the great Alex Trebek. While he will always be missed, it’s clear he left a lasting impact on the many people who grew up watching Jeopardy!