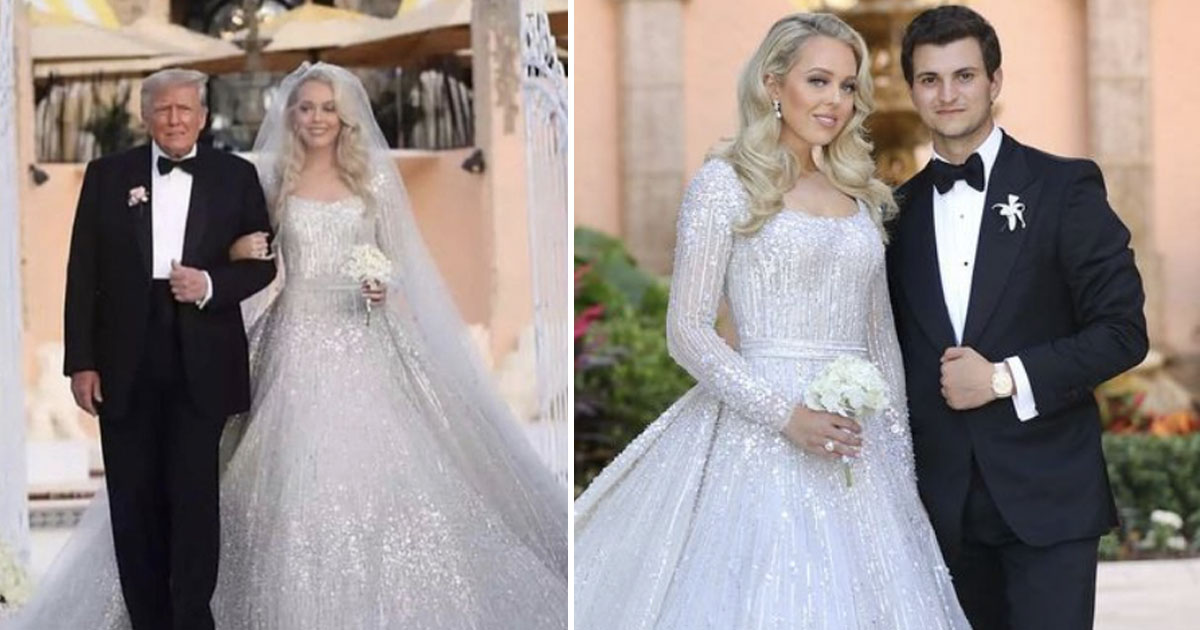 The Trump family is incredibly popular not just in the United States but the world over. So when it hit the news that Tiffany Trump is getting married, the entire world paid attention.

Donald Trump’s middle child, Tiffany Trump tied the knot on November 12, 2022. The 29-year-old is the only child the business tycoon shares with his second ex-wife Marla Maples. Tiffany Trump was born two months before her parents officially tied the knot.

After the wedding festivities concluded, Tiffany’s siblings took to social media to share photos and videos from the very special day of their sister’s life. Ivanka Trump posted pictures of all the events including the Bridal Shower and more!

The pictures also featured images of Trump walking his beloved daughter down the aisle. And pictures of all five Trump children standing shoulder to shoulder, smiling for the camera. Most notable it seems is Baron Trump, who towers over the rest of his siblings even while being the youngest at just 16 years old!

Tiffany tied the knot to her longtime boyfriend, Michael Boulos. The couple had perhaps decided on holding the ceremony at Trump’s Mar-a-Lago estate because according to Tiffany’s mother, the bride grew up there and hence has wonderful memories attached to the venue.

Her husband Michael is also an heir to a fortune as his family owns businesses worth billions!

Tiffany wore a beaded dress, which apparently was an homage to her now husband’s Lebanese heritage.

The bride’s mother, Maria Maples told People Magazine, “It’s a Lebanese American wedding, so we were so happy to have Elie Saab create the magic.”

While Trump indeed has been busy, announcing his Presidential Campaign for 2024, the focus of the day was on his daughter and her happiness. “We are focused on this sacred union and welcoming beloved friends and family, not on politics,” Maples told People.

A source close to the family also told People, that “Tiffany has never been a people divider,” adding, ”This is a joyous family occasion.”

While Trump’s own marriage to Tiffany’s mother was short-lived and essentially failed, the young couple decided to emulate the same cake they had at their wedding. Their 7-foot wedding cake was very similar to the one Tiffany’s own parents had at their own wedding.

Michael proposed to Tiffany at the White House Rose Garden in January 2021. The couple had been dating since 2018, having met in Mykonos in Greece, while they were both at Lindsay Lohan’s club.

In her professional career, Tiffany has tried on many different careers. She attempted a career as a recording artist, as a model, and even worked as an intern at Vogue. She attended Georgetown Law and has remained there even after graduating in the year 2020. She is currently working as a research assistant for a professor at the school.

The couple has decided to reside in Miami after their nuptials as well.

We are wishing the young couple all the luck in the world as they embark on their journey through life together as man and wife! We wish them the best!

Share this article with others so they can also enjoy how gorgeous Tiffany Trump’s wedding was!